Written by JediJeff at 4:55 PM
Well, if the timing is correct, and the game didn't go into two 15 OTs and the PK shootout (which sucks - bring back the golden goal), the Belguim/US game should have just ended. I have bought a few packs of Panini's WC release, and meant to post one of the packs sooner, but life. Let's just get the cards up, shall we? 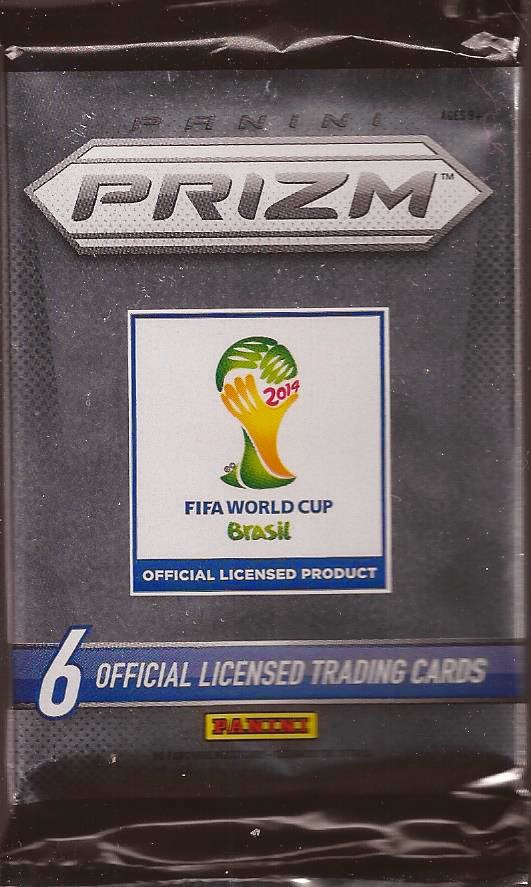 As with their other Prizm releases, the pack is all silver. Six cards per pack. There are sticker autos in the product, but pretty rare pulls - one every other box in a case if I heard correctly. No auto going to be posted, but we have 6 other cards to look at. 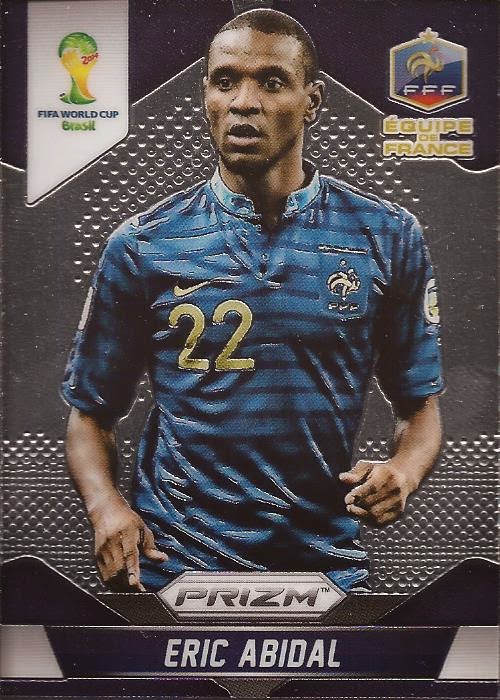 Standard Prizm-ish background. At least, with the uniforms and the licensing, the cards look far better than Panini's MLB releases. The basic design is a bit...cluttered. At least the name is easy to read. Upper left is the official logo for the World Cup in Brazil. Upper right is the respective badge of the national team's federation. Pay attention to that corner later in this pack. 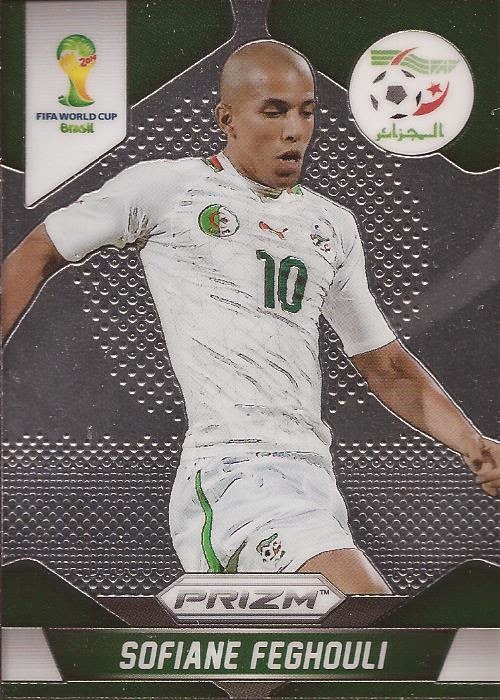 The set is made up from players of the 32 countries that made the finals of the WC. Images are of the players in their respective country's kits, though not specifically the kits worn in Brazil. 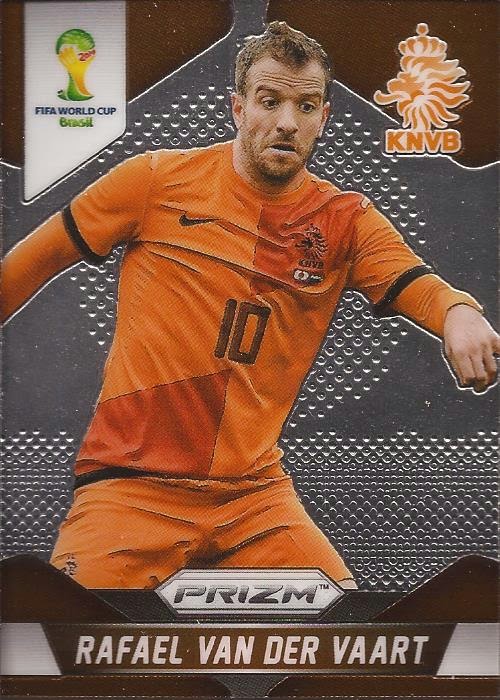 Prime example of an older jersey. This is the Dutch kit from 2013. Not as nice as what they have worn this year. Though, my personal fave is this. 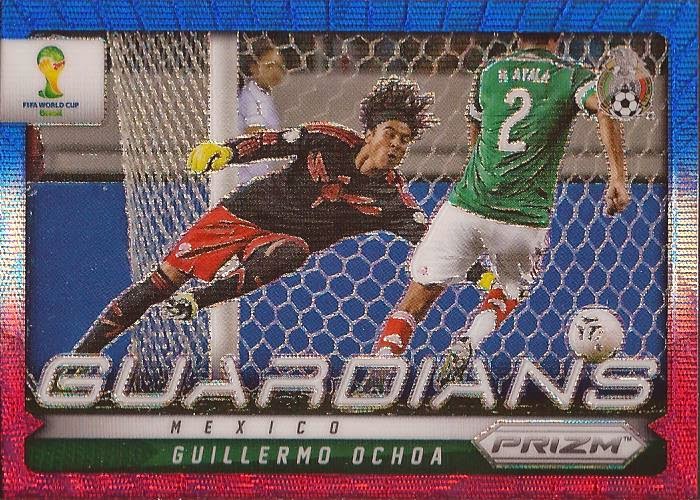 Each pack comes with one of many insert cards from the set. Here is the set focusing on the keepers. Ochoa was nothing but a wall against Brazil. Most people would find the Mexico-Brazil game that ended 0-0 to be a complete bore. Trust me - one of the best games of the tourney so far. 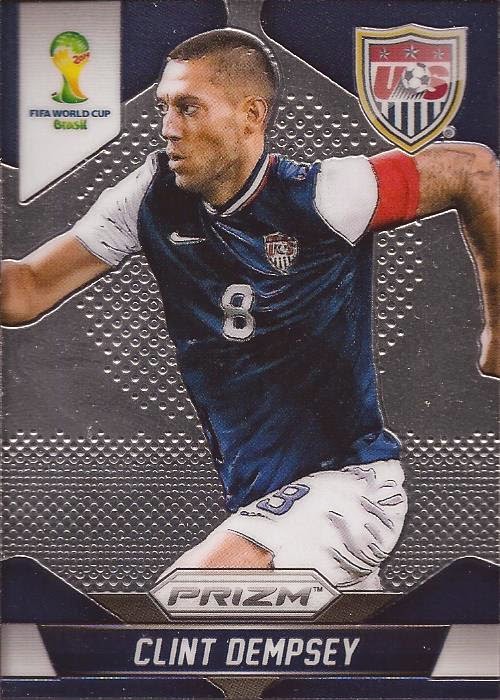 Yeah, I picked the only pack that had the only US card I have pulled to this point. I prefer these uniforms over the bomb pop kits we are wearing this year. 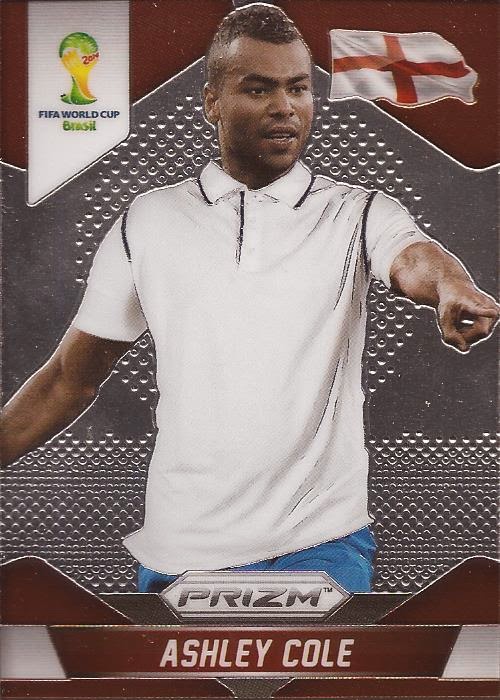 Final card is Chelsea/English defender Ashley Cole. Remember my comment about the federation logos? Check out this card. That is NOT the crest for the England football association. It should look like this: 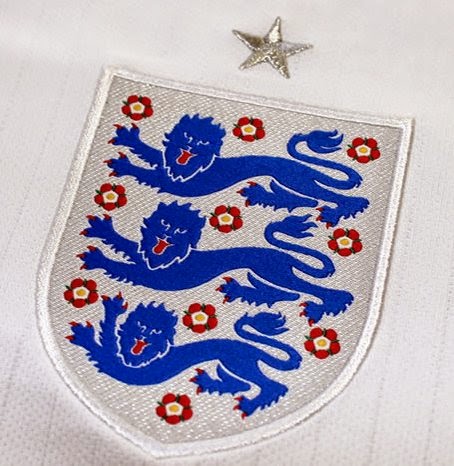 Topps, however, has the licensing to English football, so Panini could only use the English flag on the cards, as well as photoshopping out the badge from the jersey.  So this release is 97% licensed. Card backs? 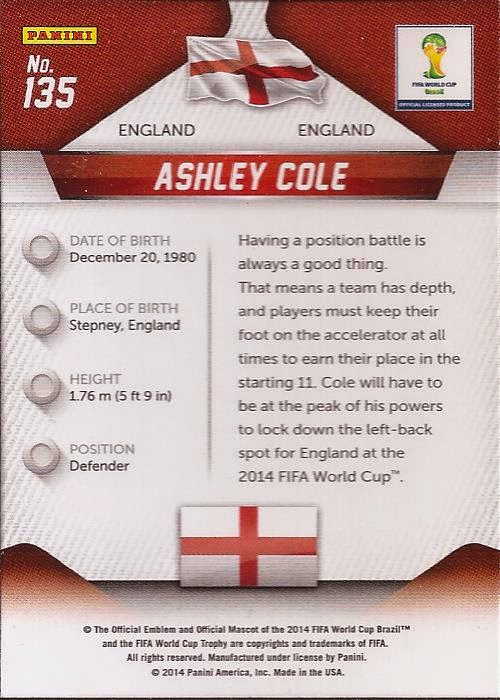 Panini template rear design. No player stats - just data about the player and a paragraph about him. BTW - if you guessed the back of that Ochoa Guardians card has an image recycle, you win a cookie.

Unfortunately Panini even where it rulz which is here in Europe doesn't have the license for England uniforms and federation emblem for a long time. Stickers albums with England are like that for the last couple of WC and EC too. I cannot understand that..
Unfortunately again those Panini Prizm cards are only available in a few selected countries. In Portugal we only have the stickers..

That orange jersey is not only an old one, the player isnt even in the team this event :-)