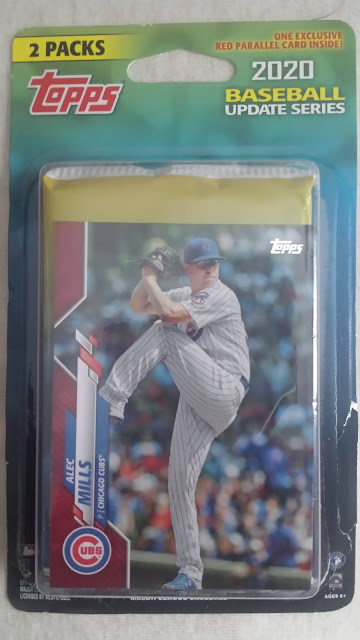 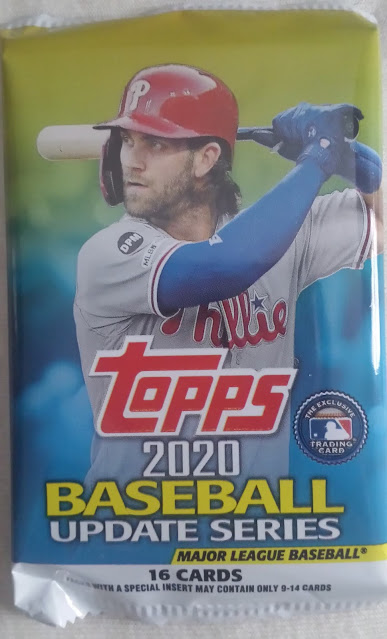 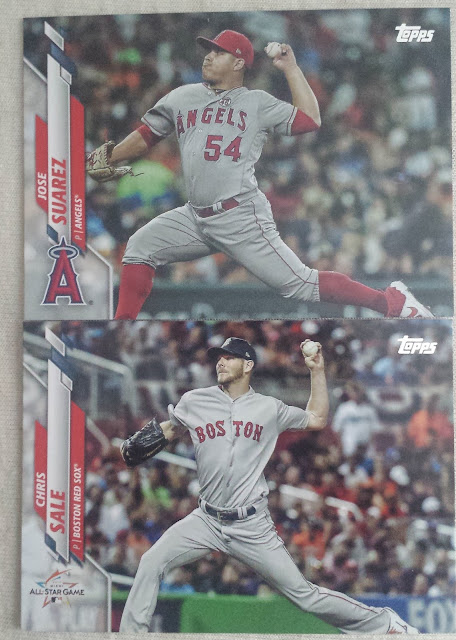 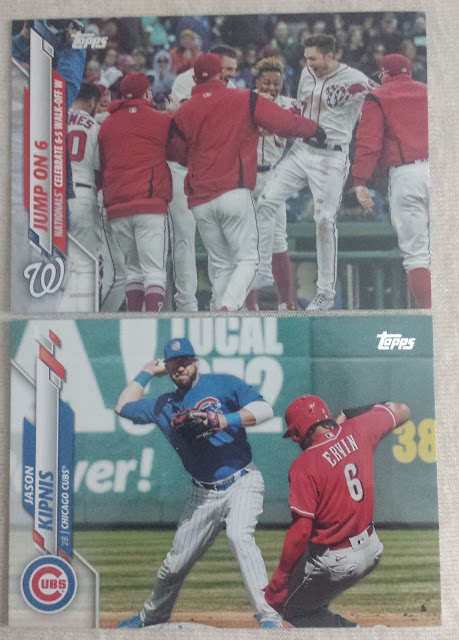 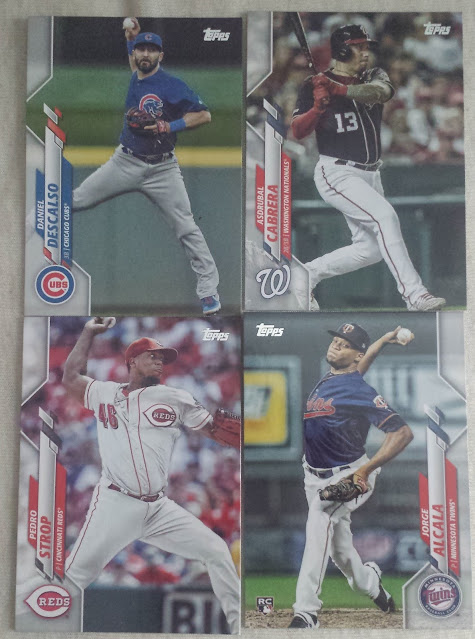 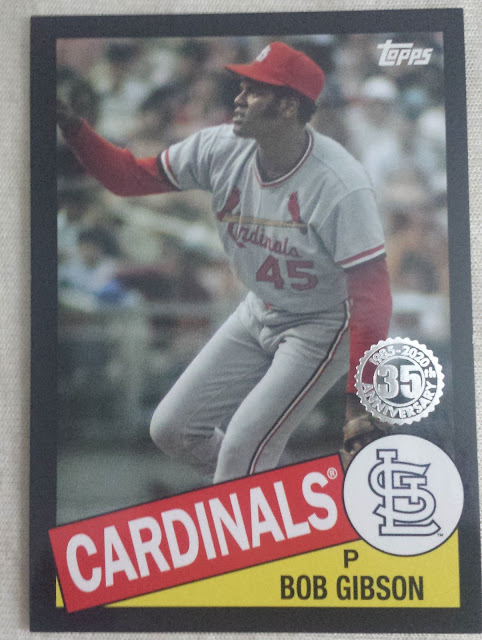 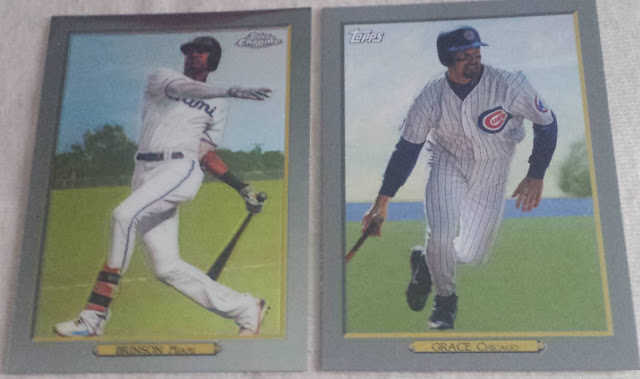 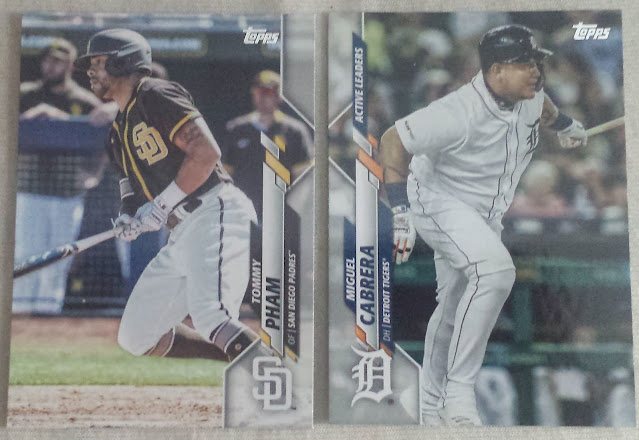 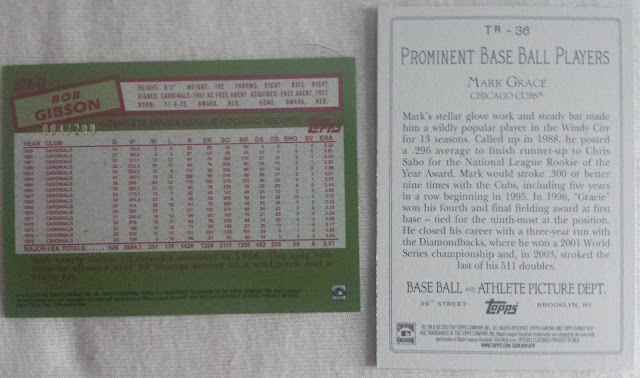 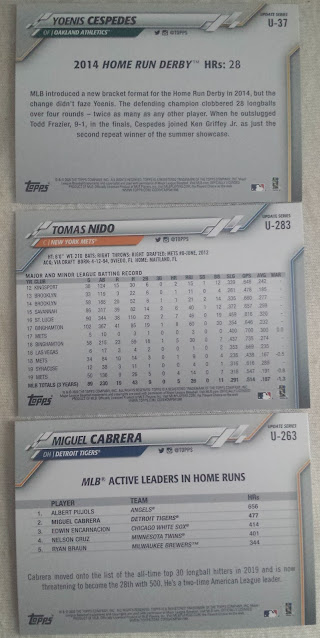 So why does Cabrera get an Active Leader card when he's not the Active Leader in Home Runs?  Why not give it to Nelson Cruz or Ryan Braun, neither of whom has a card in the Update base set?
For those who were wondering about the orientation of the card backs, all of the cards before the inserts faced one way and the 5 after the inserts faced the other way.  I still haven't found a reason online why this happened.  Own up to it, Topps!
Anyway, that's the pack.  Enjoy your weekend, and thanks for reading!

"Another issue with 2020 Update is the player selection. Descalso didn't play for the Cubs in 2020. However, Jeremy Jeffress, who had a card in Series 1 as a Brewer, was an important part of the Cubs bullpen and should have had an Update card."

Preach! This is the same thought I had when I saw Descalso and Jharel Cotton on the Cubs portion of the checklist. Guess the cards for what's purported as Update had to go to the printers before the season actually got underway last year.

Great looking Grace card! I'll always love that Turkey Red design. It's much better than that gold border they had in 07.

Nice Gibby! I would have loved to have pulled that.