Written by Matt Flaten at 9:03 PM
I'm not sure if I made it clear this project doesn't discriminate between sports...football cards are welcome...non-sports...whatever...

So let's get the football pack rolling with a pack from of SAGE HIT 2009 Football Low Series. I've never opened this product before and when I bought it I really didn't know if it was college or pros as the pack isn't specific. 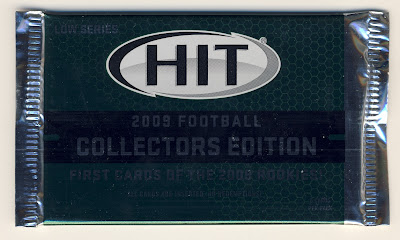 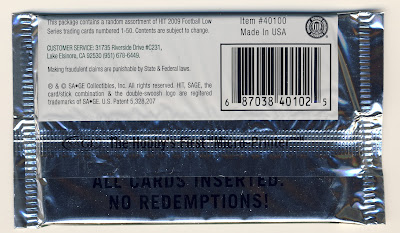 The back claims that SAGE is "The Hobby's First "Micro Printer"" We'll see what that means in the future I think...also, no redemptions will be found in these packs.

The cards turned out to be college players and as the draft was this past weekend we will take a look where my pack landed: 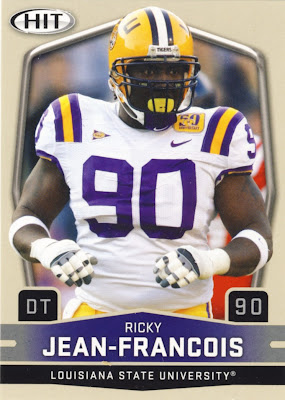 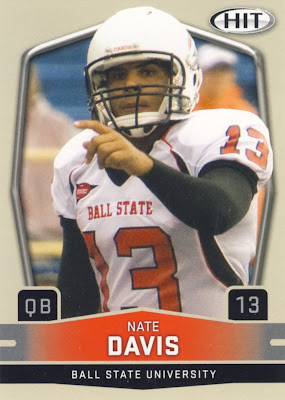 Malcolm Jenkins: Round 1, Pick 14 by the Saints. 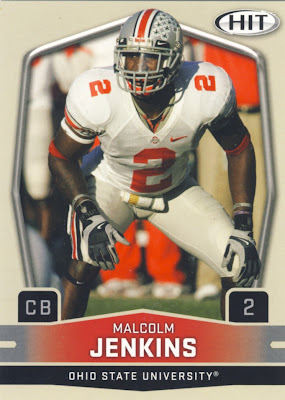 Jarrett Dillard: Round 5, Pick 8 by the Jaguars. 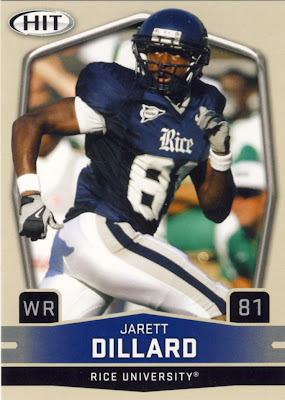 James Laurinaitis: Round 2, Pick 3 by the Rams.

Although you can't really tell from the scans, the first card is a sort of refractor card with a nice thick gloss on it. The second card is a regular base card. 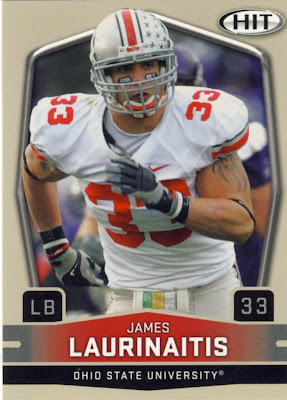 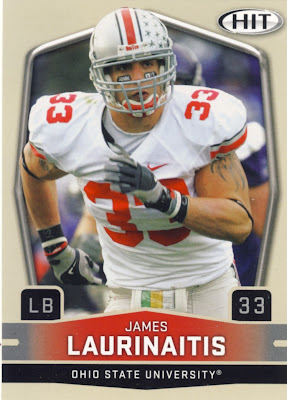 Overall, I enjoy these quite a lot and I think I will pick up a few more...