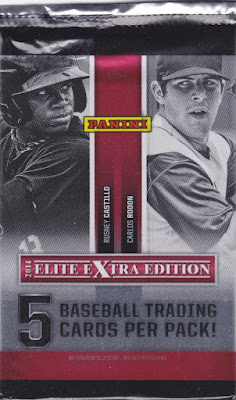 Happy weekend! Let's check out some former prospects from the 2014 Panini Elite Extra Edition set. This was included in a repack box I found recently. 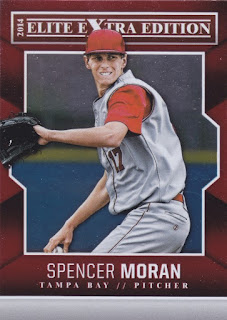 82 - Spencer Moran - No matter what, any time I see someone with the name Moran, it makes me think of the Cardinals t-shirt guy from this meme. This Moran topped out at A-ball and hasn't appeared professionally since 2018. 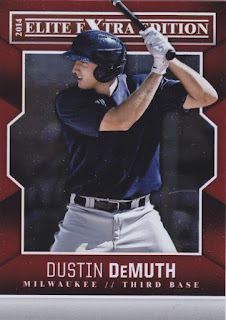 70 - Dustin DeMuth - DeMuth made it to the AA level but it looks like his pro career ended after the 2017 season. 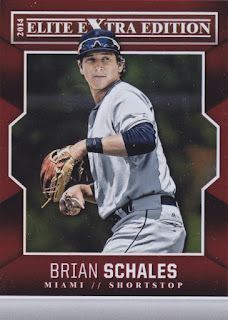 14 - Reed Reilly - The former Cal Poly San Luis Obispo standout lasted just two seasons at the A level before hanging it up. 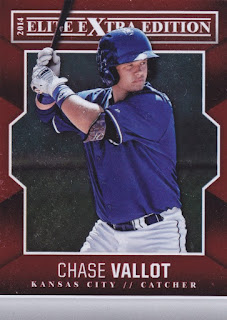 10 - Chase Vallot - Lastly, we have a guy who is still kicking around in 2021, albeit in an Independent League way as a member of the Gateway Grizzlies of the Frontier League.

Every time I see these cards in my collection I want to throw them out.