Written by Jafronius at 10:20 AM
Greetings!
Hope everyone is doing well.  Ol' Jafronius got married 20 years ago today.  Lots of ups and downs, but The Wifey and I are still together.  If all goes as planned we should be dining at a fine steakhouse in the area this evening (20 years ago my last meal as a single guy included SPAM).  But now, let us feast on a pack released the year of the wedding: 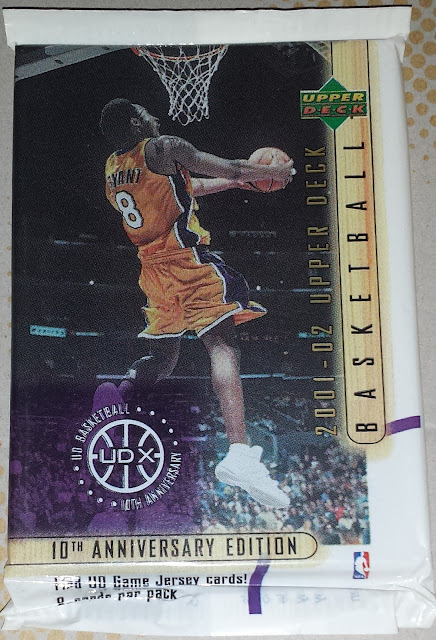 I wasn't buying Upper Deck at the time of it's release (Hoops and Topps packs were cheaper), but I had no issues grabbing as many packs of this when they starting appearing in the old Target $1.49 clearance box.  8 cards per pack, let's see what I got... 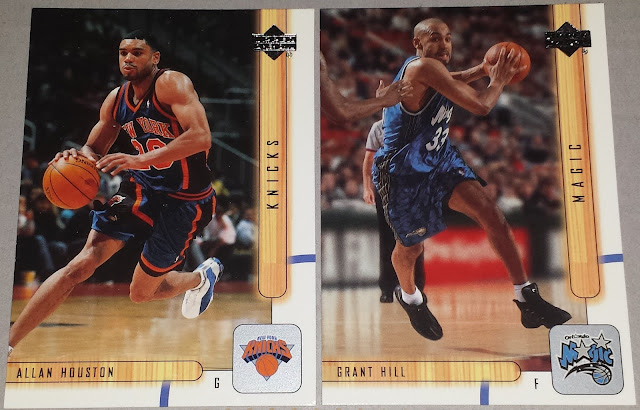 #112 - Allan Houston
#120 - Grant Hill
Pack starts off with 2 big-time guys at the turn of the century.  It was too bad Grant suffered from too many injuries during his career (he only played 4 games with Orlando his first year there). 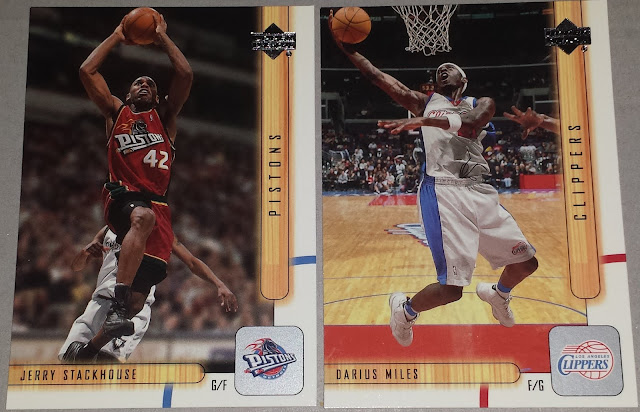 #83 - Jason Williams
#45 - Corliss Williamson
There were 450 cards in the set, split between 2 Series.  Tony Parker and Pau Gasol were the big rookies.  Here in Chicago, our post-Jordan hopes lied with rookies Eddy Curry and Tyson Chandler.  Yeah, you know how that went. 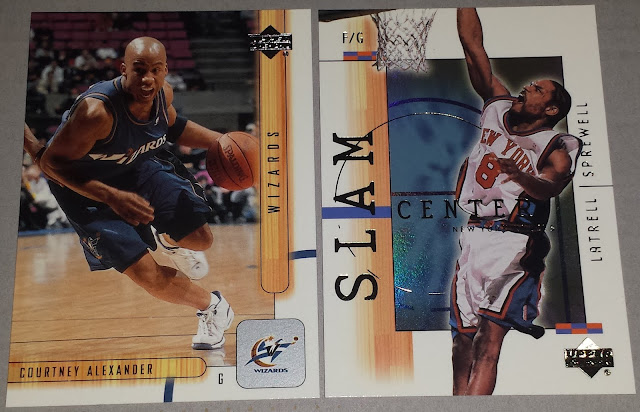 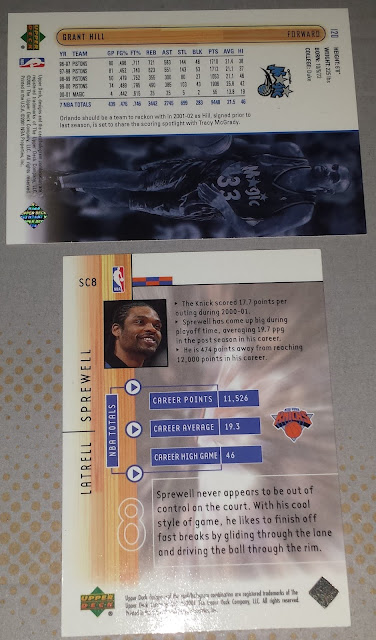 Awesome cards. Cool to see those players again. Also grew up in Chicago. The Bulls of the 80s and 90s was great to witness.