Written by Rebel Coyote at 8:40 PM 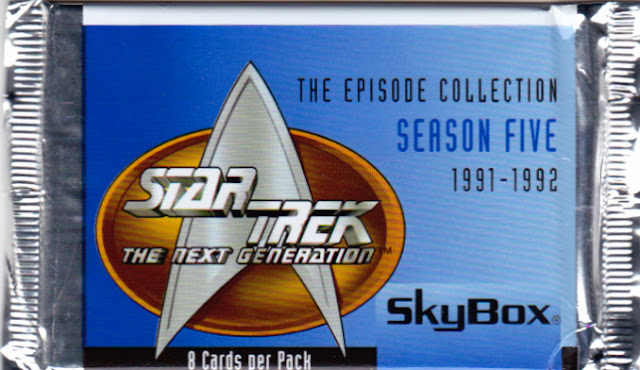 Trip to antique store in another area few months back can netted me finds like this pack. I'm going where no pack ripper on this site have gone before. Skybox produced Star Trek cards going be to Impel days. Research showed this is a 108 card set featuring cards 421-528. The set started off with ST: TNG season 1 in 1994. In 1995 they released season 2 and 3. In 1996 they released 4 and 5 (which is this pack). Season 6 came out in 1997 then skipped a year before finishing with season 7 in 1999. It feature screen shot of the episode along with summaries and crew info. For me I've watched 1/3 of the episodes of this series. Now on to pack ripping and beyond. 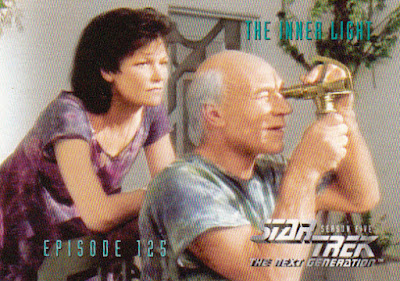 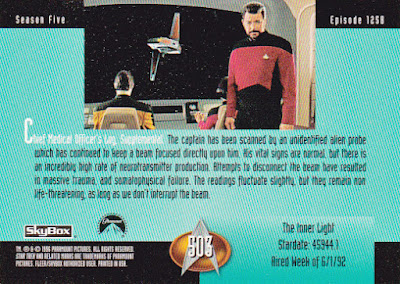 503 - Episode 125: The Inner Light - I remember this episode and so do the fans! It's consider not one of the best but an iconic episode of the series. Picard get beamed by a probe object and for 20 minutes he lived the life of Kamin from a planet who's home no longer exist after the star system gone supernova thousands years ago. A must watch episode. 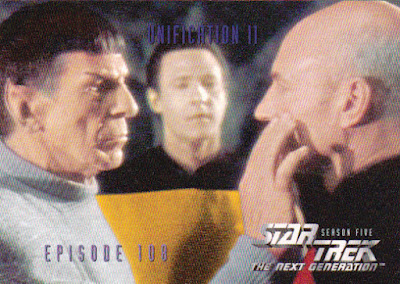 453 - Episode 108: Unification Part II - It's Spock and Picard with Data in the middle! This is from two-part Reunification episodes. The episodes is known for first appearance of Leonard Nimoy as Spock on TNG series. Ambassador Spock leads to reunite Romulans and Vulcans but a certain Romulan uses his idea in attempt to invade Vulcan. 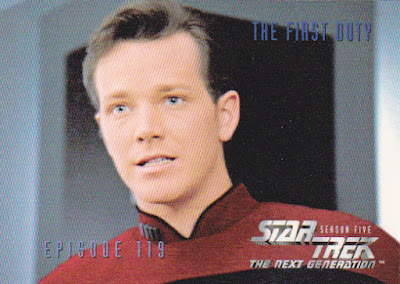 485 - Episode: 119: The First Duty - Wesley Crusher is the main focus of this episode. He's being questioned after the squadron he's on suffered a catastrophe. 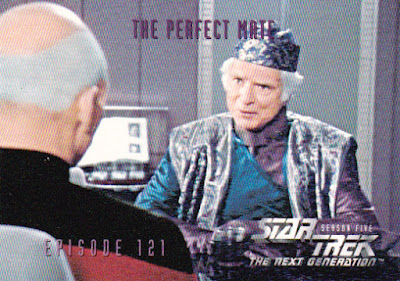 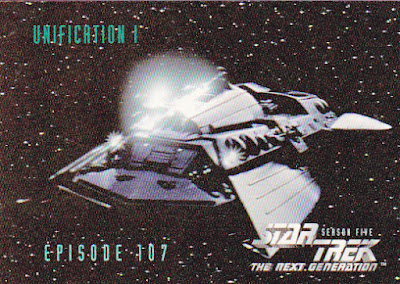 449 - Episode 107: Unification Part I - got the two Unification cards in the same pack. While known for first appearance of Spock in TNG series the two-parter is the highest rated TV episode since the pilot. 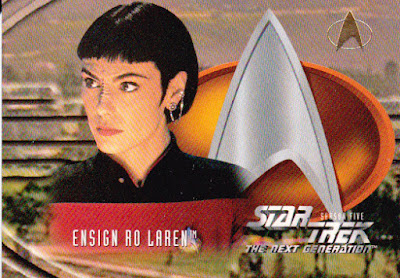 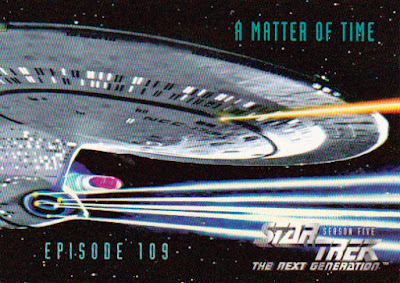 456 - Episode 109: A Matter of Time - episode featuring a guy from the future only for the crew to found out how much a fraud he is. It's the Enterprise firing their phaser beams. 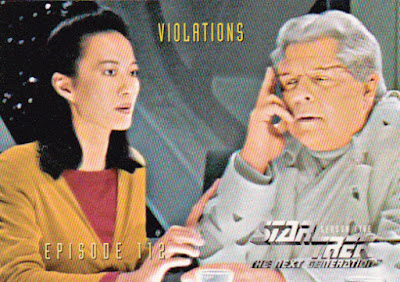 463 - Episode 112: Violations - this episode features an Ullian invading crew members memories sending them to a coma.

I wonder if there's a collector who collected all the cards from all seven seasons card releases. If you are fan of the show this is for you.

Email ThisBlogThis!Share to TwitterShare to FacebookShare to Pinterest
Labels: 1996 Skybox Star Trek: The Next Generation Season 5

Great show. I've picked up sets and singles of Star Trek cards over the years in collections I've purchased, but don't think I've ever opened up a pack myself.

Too funny. I was watching an auction for a box of this.

I've collected the entire 7 season set. I would have loved to see a Deep Space Nine and Voyager set like this too. Loved those late 90s / early 2000s Star Trek and Star Wars sets.