Written by Jafronius at 4:50 AM
Greetings!
Hope everyone is doing well.  The holidays certainly crept up on us this year.  The house is still a mess and we host Christmas celebrations Sunday afternoon.  I'm sure I'm not the only one.
Less loose packs in the stores during the pandemic means more blaster box purchases.  Is there a rack pack for this year's Archives? 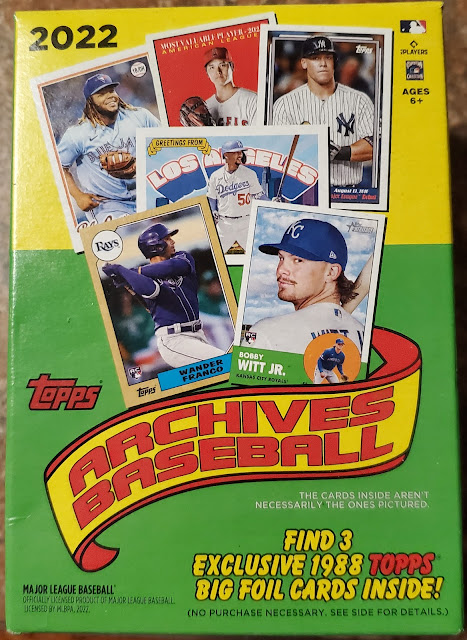 I was able to pick up a blaster of Archives after a recent Target shift (last month was my 20th anniversary there, holy crap!) but then my eldest came back with a blaster box of his own a few days later.  We saw a hobby pack a while back, so why not a blaster pack?
He let me scan one of his packs before they disappeared into the abyss that is his room. 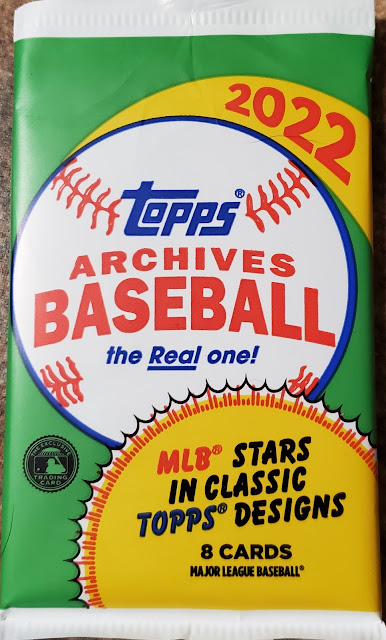 25 bucks for the blaster.  3 exclusive 1988 Topps Big Foil cards are included in the box.  Here's a pack of what he got: 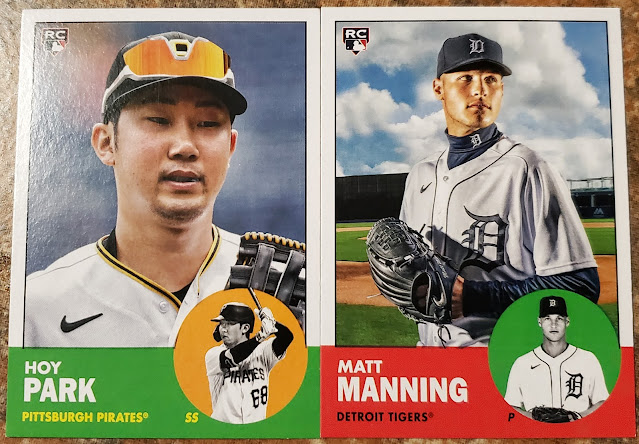 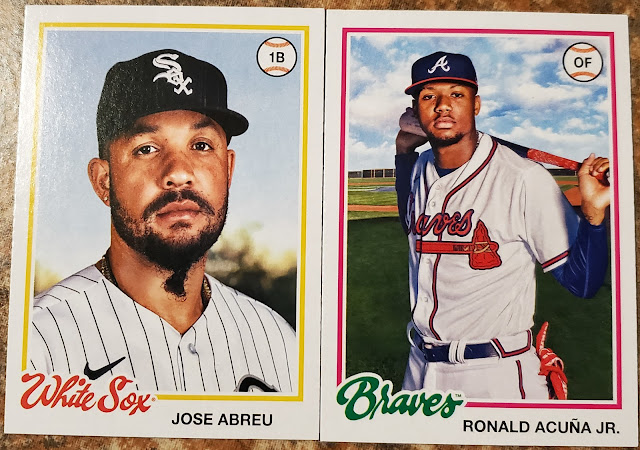 #134 - Jose Abreu
#167 - Ronald Acuña Jr
We move on to 2 cards with the 1978 design.  Abreu moved on to the Astros in the offseason.  Sox fans will miss him for sure.
Acuña also has a design color swap variation...this isn't it either. 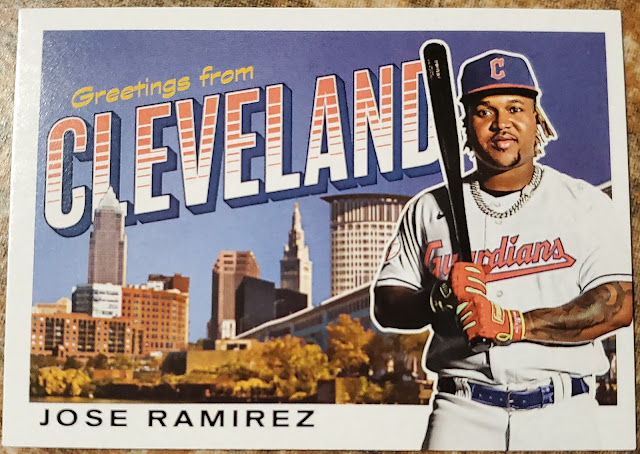 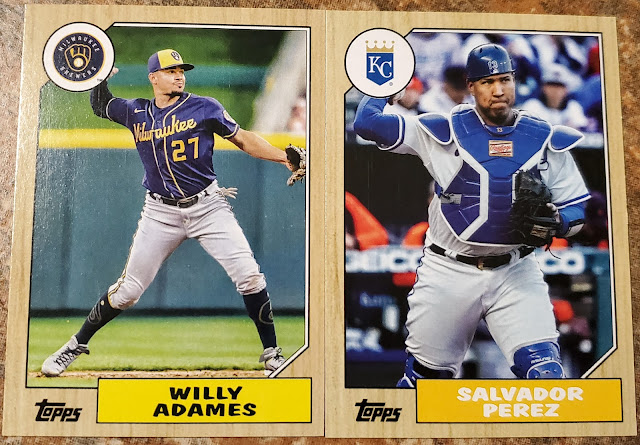 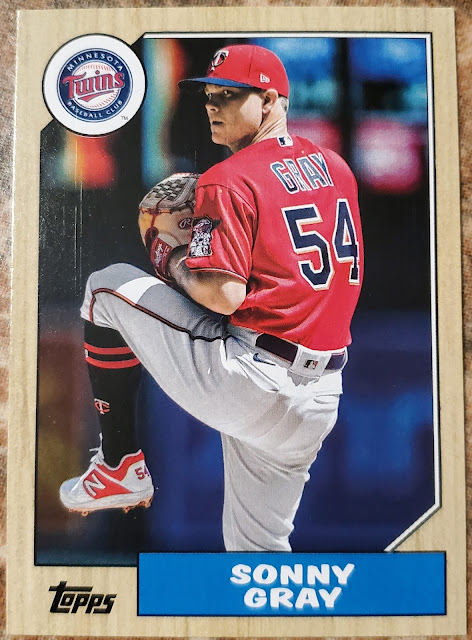 #289 - Sonny Gray
Here's the checklist for those who need it, and here are the backs because it's the most wonderful time of the year: 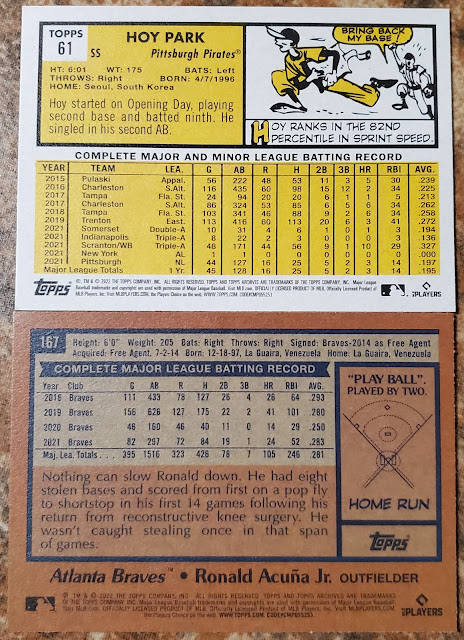 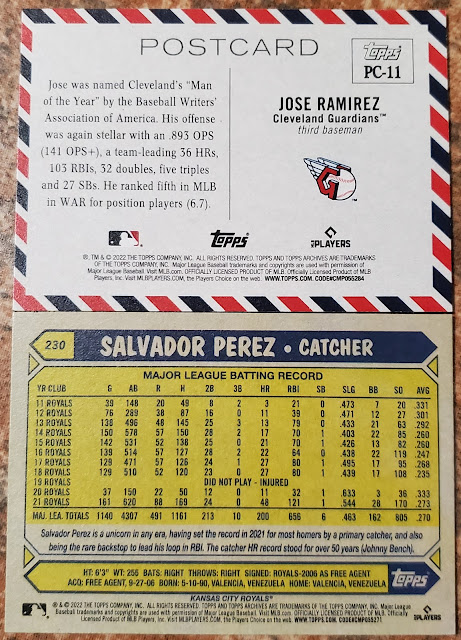 Anyway, that's the pack.  Nothing earth-shattering in the blaster, just the 3 Big Foils and a couple inserts here and there.
Hope you all have a great holiday season!  Hopefully there'll be time for one more pack before the end of the year.  Thanks for reading!

Just saw the postcard insert on another blog... and love it.