Written by Jafronius at 2:40 PM
Greetings!
Hope everyone is enjoying their Turkey Day!  The Wifey is in Arizona with her sister for a couple of weeks, so the boys and I are making due without The Boss around.  Thanksgiving festivities are at my sister's house this year, so while waiting for go time there's enough time for a pack (the first Thanksgiving post since 2018). 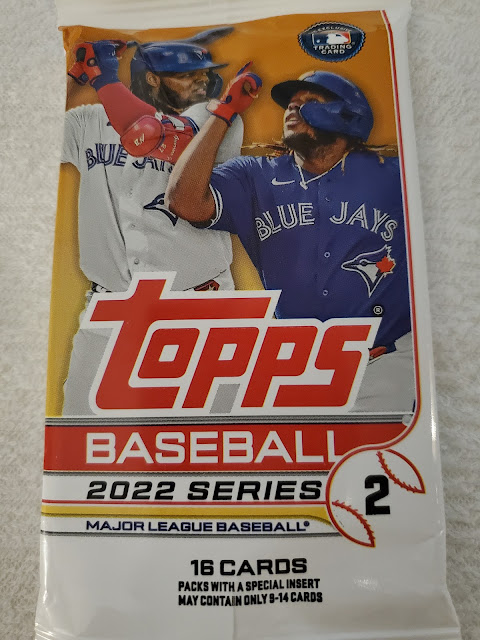 I've noticed retail packs aren't as plentiful as previous years.  Don't know if Topps purposely scaled back since The Virus or if they've changed their marketing strategy (Target and Walmart exclusives), but there hasn't been a gravity feeder since the pandemic.
16 cards per pack, but it costs $3.50 a pack now.  Yikes! 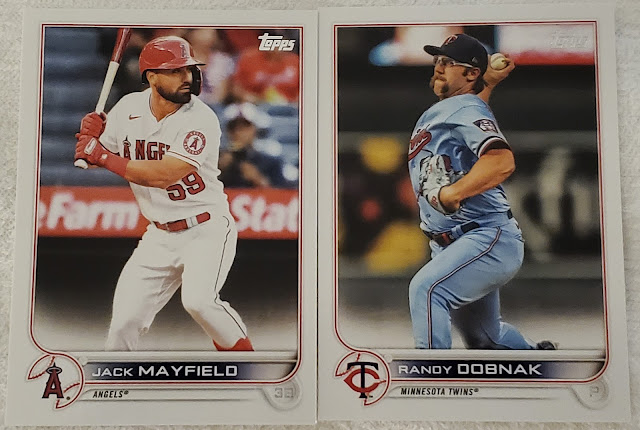 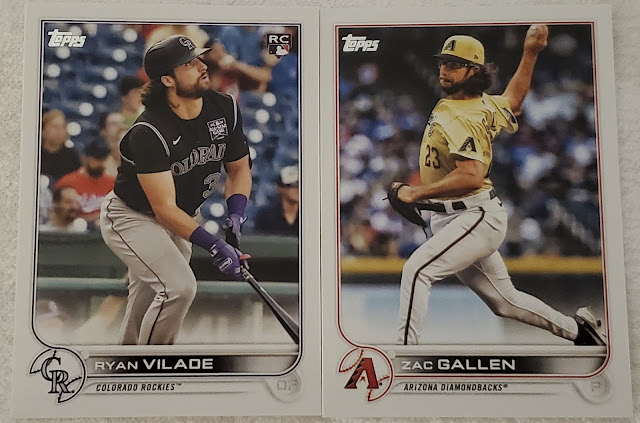 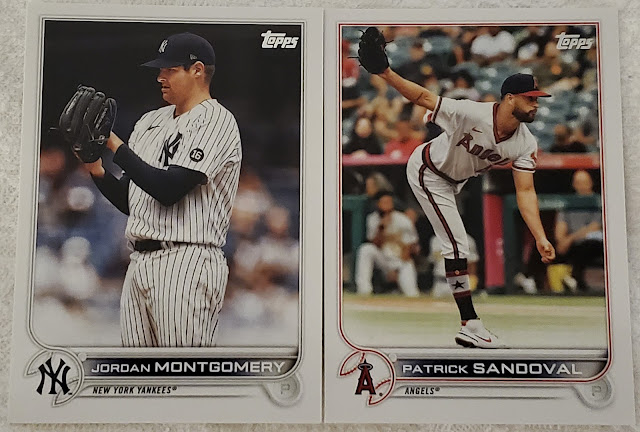 #382 - Jordan Montgomery
#428 - Patrick Sandoval
Montgomery was traded to the Cardinals for Harrison Bader, a trade which surprised many fans.  Enjoying that Angels throwback. 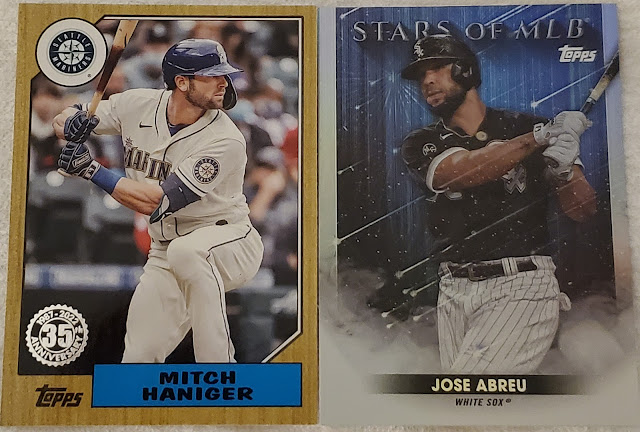 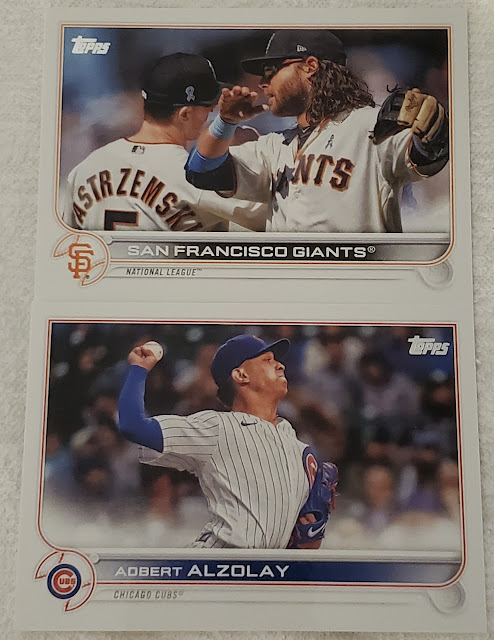 #464 - San Francisco Giants Team Card
#476 - Adbert Alzolay
Yes, in hand it did seem like the Player Position font was harder to read for the horizontal cards when compared to the vertical cards.

#449 - Kolten Wong
#448 - Nick Castellanos
#465 - Baltimore Orioles Team Card
Sorry, not sure why this picture is so small.  Too bad, since those are some nice shots of Kolten and Nick.
Here are the backs, because gobble gobble: 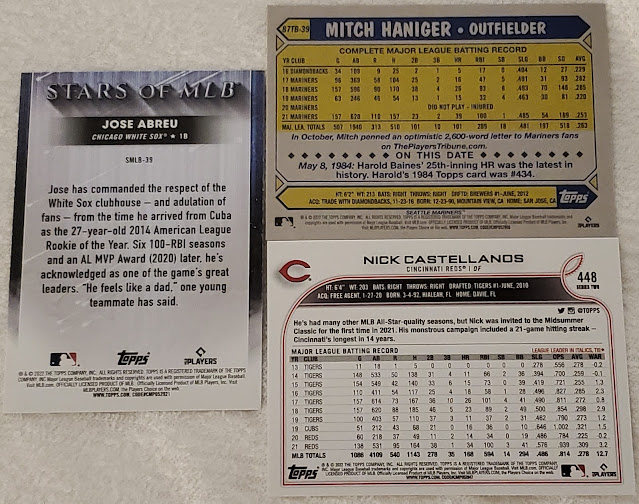 Anyway, that's the pack, and look at the time, it's time to eat.  Happy Thanksgiving everyone, and thanks for reading!