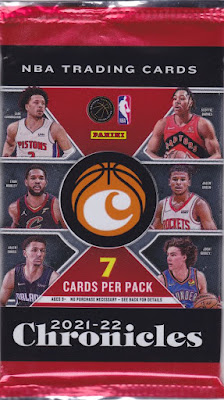 Chronicles is certainly one of the weirder offerings by Panini, but it's also one of my favorites. This rookie-heavy set is Panini's chance to show off all of their brand names in one place, even if most of those brands didn't warrant their own sets this year. This is a pack from one of the blasters I opened recently. 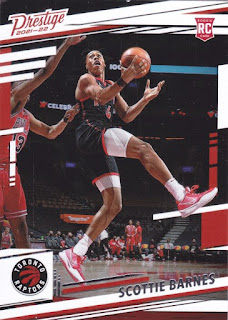 59 - Scottie Barnes - Right off the bat we have a card from the Rookie of the Year. Unfortunately, there's a little notch in the top of the card. Normally I would blame pack searchers, but this was inside a blaster. 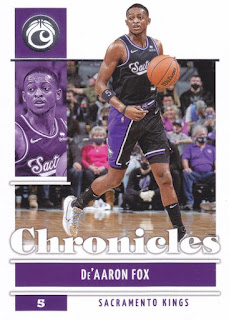 21 - De'Aaron Fox - The lone non-rookie of the pack. This is also a look at the "base" Chronicles design for this year. 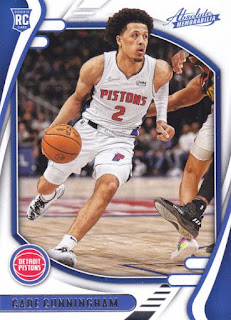 214 - Cade Cunningham - Cunningham was the #1 overall pick in last year's draft. Chronicles is a good way to pick up the top rookies for a relatively cheap price. 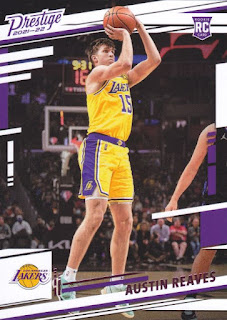 61 - Austin Reaves Pink - It's tough to tell by the scan, but this is a pink parallel as the player name is printed in pink foil. 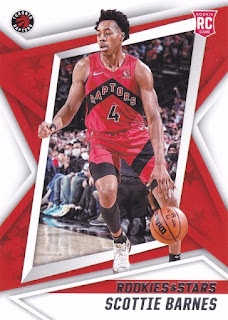 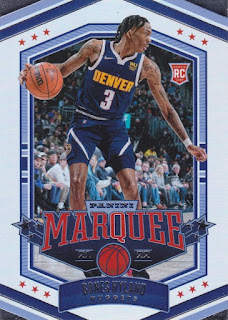 339 - Bones Hyland - People seem to like this guy. I think his name helps a bit. 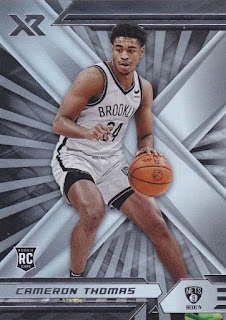 375 - Cameron Thomas - The last card shows off the XR brand. I'm not sure if I've bought a real XR card in my life.

Great pull with the Barnes, Fox and Cunningham. I like Chronicles as well. Wish there was more of a veteran presence but that isn't what this brand is about.