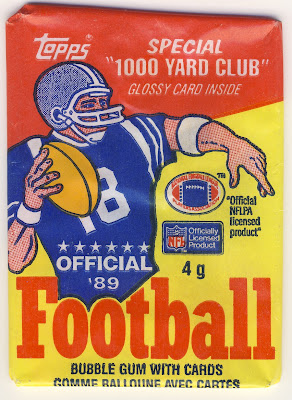 I can't remember exactly where I picked up this pack. It might have been from a cheapo repack or from a quarter bin at a card shop. Let's see what's packed inside with the 20+ year old gum.

Wade Wilson from 1988 looks surprising like Brett Favre in 2010 don't you think? 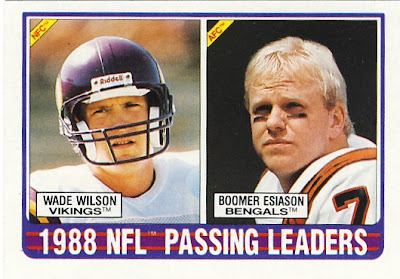 The highlight of this pack for me was pulling this Bruce Matthews card. Bruce is Packer's star Clay Matthew's uncle. 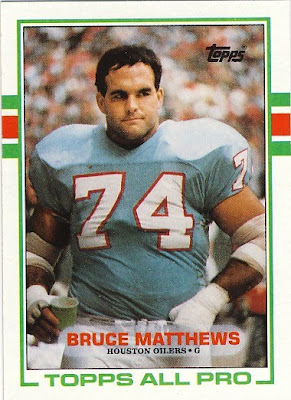 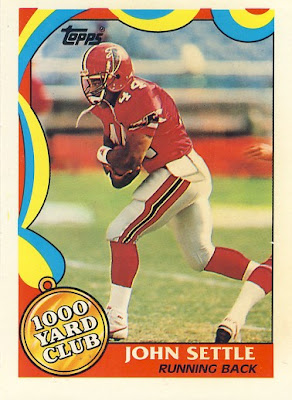 This card tells us that Tim broke Gale Sayers record for most combined net yards for a rookie. 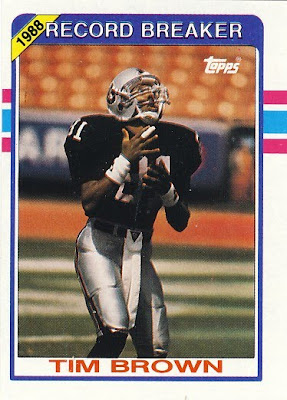 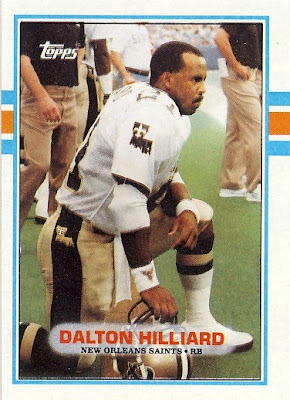 #53 Robb Riddick
The back of this card is one of the greatest examples of "mailing it in" a card can do. It tells us that "Robb is capable of returning kicks, running, catching, and throwing." But then again, so am I. 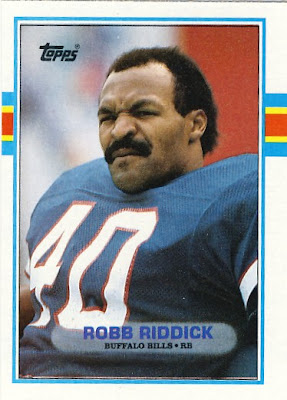 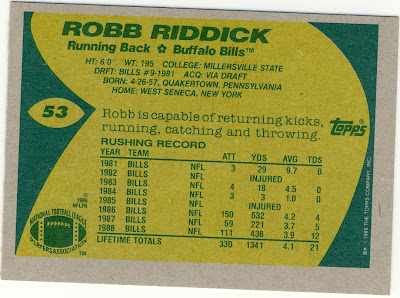 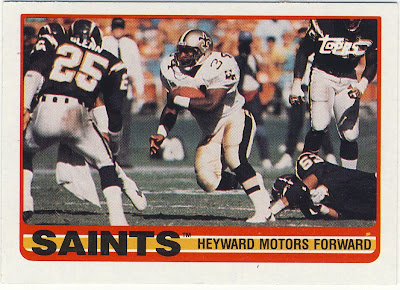 I have good memories of Dalton Hilliard from Tecmo Super Bowl.

My first ever pack of football cards is 1989 Topps. I like this set for being simple. I remember pulling out Shane Conlan card and thought it was cool because it showed him with a missing front tooth.