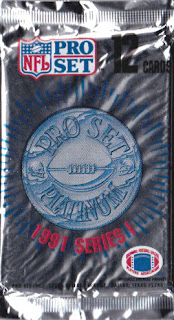 Pro Set came out with Platinum series likely to counter with Topps Stadium Club with glossy high end photo cards. Let see who are the 12 cards. 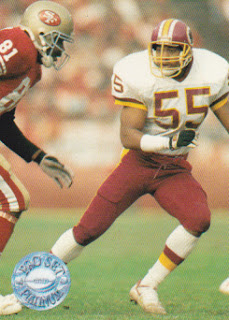 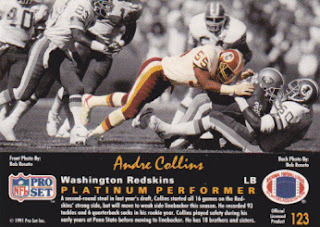 123 - Andre Collins - unlike TSC the back do not have stats. It provides short summary of the player's career. 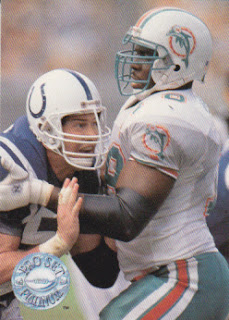 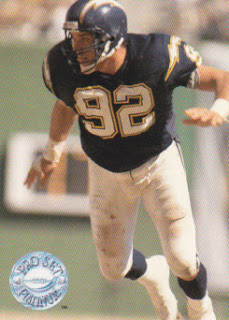 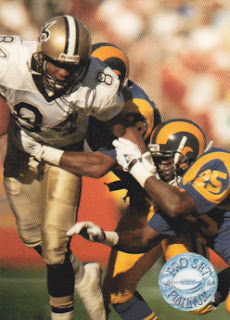 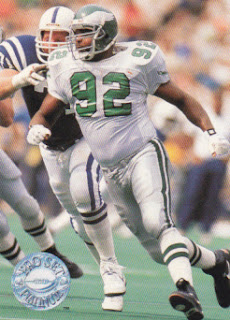 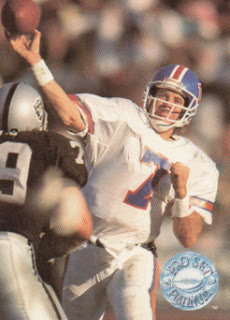 28 - John Elway - one of greatest QBs to play the game. After being bridesmaid in the Super Bowl three times he finally won it ending his career with two straight Super Bowl wins. 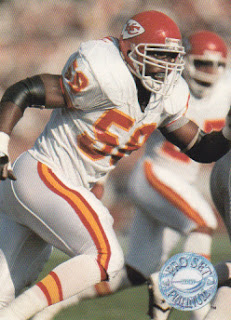 51 - Derrick Thomas - one of top linebackers to play his career would end in car crash that left him paralyzed and resulting in his death few months later. 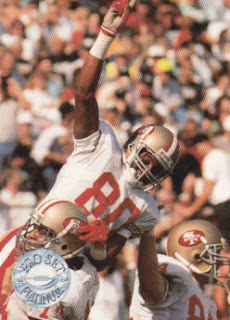 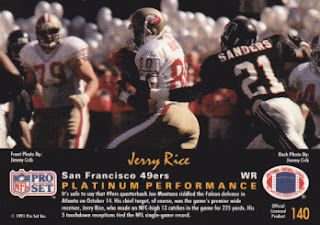 140 - Jerry Rice - sweet shot of him celebrating with his teammates. On back of the card he outran Prime Time 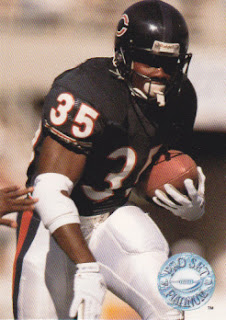 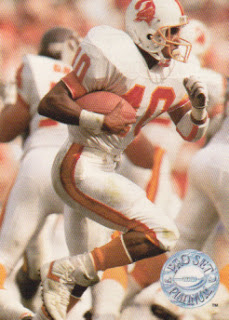 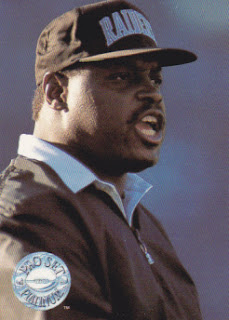 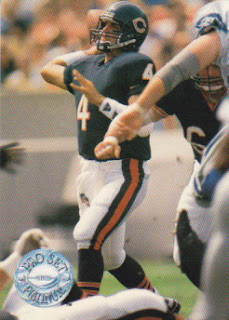 10- Jim Harbaugh - after playing his career ended he took up coaching ranks which include leading 49ers to Super Bowl. Now currently coach of University of Michigan

I notice it didn't come one of those playbook games Pro Set inserted.