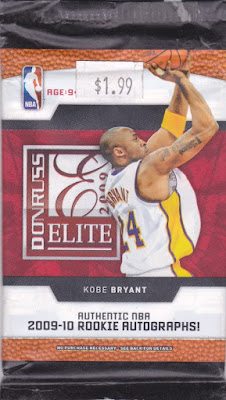 In 2009, Panini had just been granted an NBA license and took over some brands from Donruss/Leaf/Playoff/whatever. This is one of their earlier efforts. I believe I found this pack on a Bi-Mart shelf just this year, which is interesting. 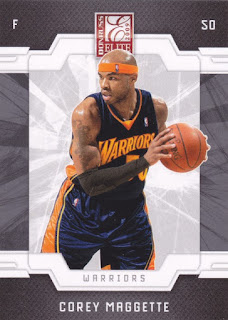 34 - Corey Maggette - The Warriors uniform here really dates this set. Also, Corey Maggette! He was one of the original one-and-done players at Duke. 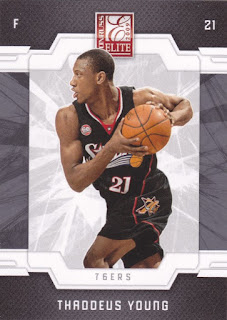 91 - Thaddeus Young - Young is still a rotation player in the league and played 81 games last season for the Pacers. 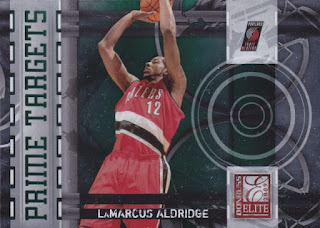 18 - LaMarcus Aldridge Prime Targets - At some point, I would have been pretty excited to pull this card. That was before Aldridge spurned the Blazers and went to San Antonio. I miss those red uniforms. 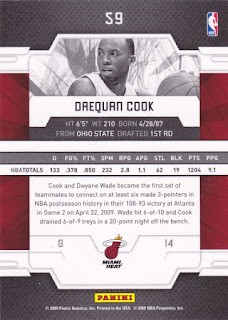 59 - Daequan Cook - Perhaps it's from their decades of making album stickers, but Panini cannot design a decent card back to save their life. 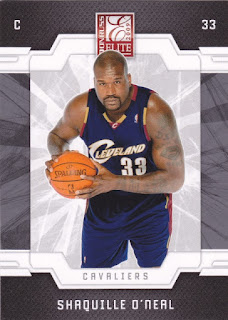 17 - Shaquille O'Neal - Hey, it's Shaq! Shaq was on his late career tour of random teams at this point. Next stop, Boston?! Did that really happen?

Any chance you could trade me that Shaquille O'neal card? I have been looking for a Shaq card from his short time in Cleveland.

Don't see those Cavalier Shaq cards very often. Not the greatest pull but interesting design. Not sure I've seen it before. Thanks for the post.