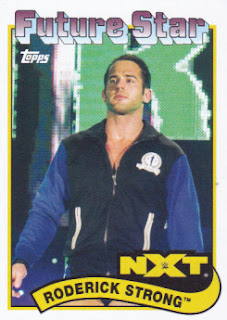 108 - Roderick Strong - from NXT brand and currently 1/2 of NXT tag team champions with Kyle O'Reily. I was there in person at NXT Takeover: New Orleans where he turned on his partner Pete Dunne and joined The Undisputed Era. 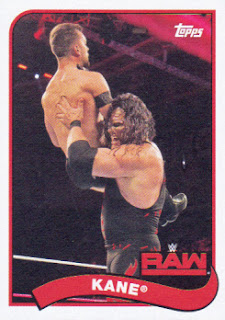 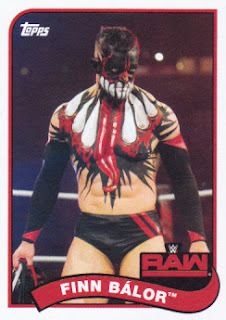 28 - Finn Balor - in his demon persona on this card. First ever WWE Universal champion booking haven't been kind to him 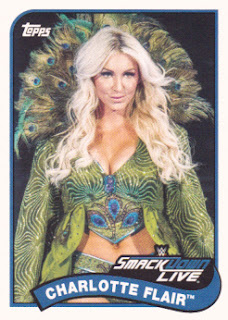 22 - Charlotte Flair - only women to hold WWE Smackdown, RAW, Divas and NXT women title. On her way back from surgery. 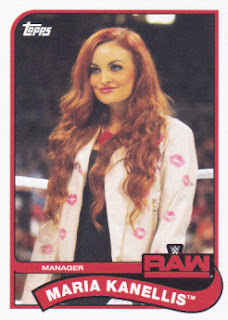 47 - Maria Kanellis - currently training after having a baby 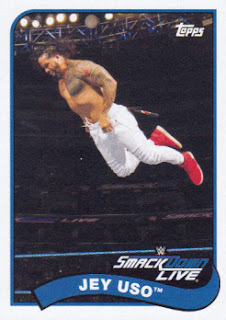 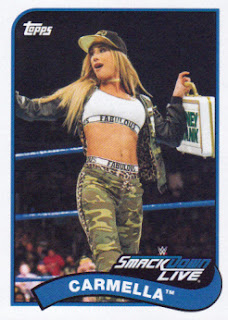 18 - Carmella - currently WWE Smackdown women champion after she cashed in her Money in the Bank briefcase and beat Charlotte Flair on the first Smackdown after Wrestlemania. 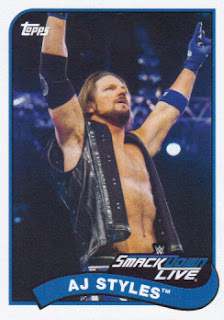 1 - AJ Styles - current WWE champion; after his feud with Shinsuke Nakamura, The Phenomenal One must deal with Samoa Joe at Summerslam 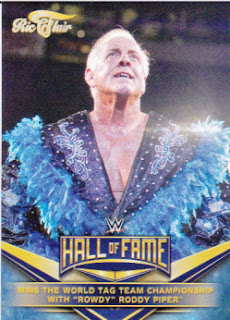 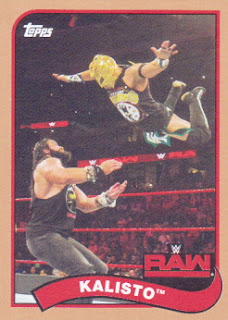 37 - Kalisto - a bronze, I believe, parallel. Former US and cruiserweight champion is currently on 205 Live brand with Gran Metalik and Lince Durado calling themselves Lucha House Party. 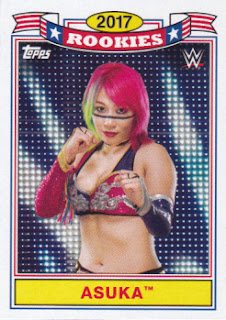 Rookies: 1 - Asuka - insert set featuring rookies of WWE. After being undefeated in NXT along winning women Royal Rumble she took her first lost against Charlotte at Wrestlemania 34. After that she been booked very poorly ever since. 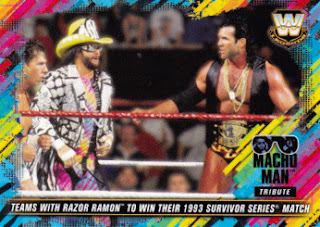 Macho Man Tribute: 24 (out of 40) - another tribute set this one featuring the late Randy Savage on cards 21-30. This one mention being replacement for Mr. Perfect at Survivor Series. The back got it all wrong saying he and Scott Hall were the survivors of the team when it was Marty Jannetty and 1-2-3 Kid (aka: X-Pac/Syxx/Sean Waltman) were the survivors. 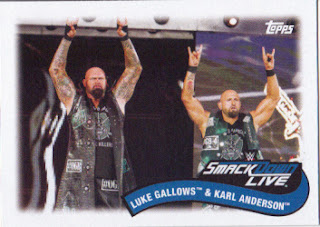 TT5 - The Club/Good Brothers - another insert set this time featuring tag teams. They call them Gallows and Anderson but I prefer their original names as The Club or Good Brothers. Here's a team that shafted by lousy booking. 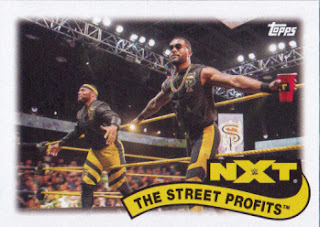 TT19 - The Street Profits - from NXT they get the crowd pumping 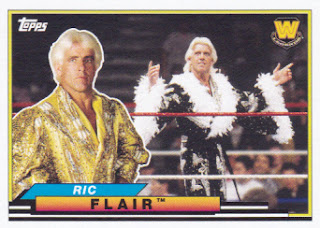 BL40 - Ric Flair - how many insert sets in his Heritage set? I like they used Big Topps design on this. This one called Big Legends and they nailed with the legendary, WOOO! Nature Boy, WOOO!, Ric, WOOO!, Flair. WOOOOOOOO! 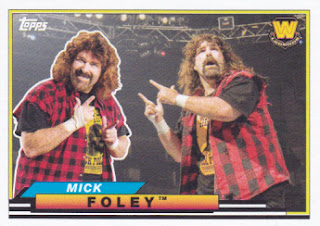 BL34 - Mick Foley - call him Cactus Jack, Mankind, Dude Love, or his name the guy puts his body on the line (see King of the Ring 98; Hell in the Cell) 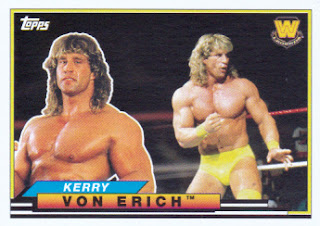 BL26 - Kerry Von Erich - a tragic figure (along with entire Von Erich clan), he was former NWA World Heavyweight champion and Intercontinental champion. His demons got a hold of him ultimately lead him to commit suicide. 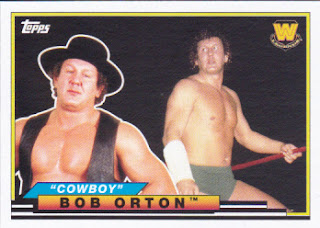 BL10 - Bob Orton - the father of Randy Orton, he was part of main event from the first ever Wrestlemania.

Too many inserts in this set but I like Big Legends set for use of Big Topps design. I do enjoy the 1989 Topps design on this set.

Collation must be horrible because minus maybe 4-5 cards, that is the exact same pack I opened!

These looks really neat and I really like the use of the 1989 baseball design.

I dig the 89 design. Love that KVE legends card. May have to pick up some of these.

I wasn't a big fan of the '89 design back in the day but I like it here. I enjoy the variety this set offers. Great post.