Hope everyone's doing alright.  I got a job offer today, so assuming nothing goes wrong I will be starting on the 24th.  Took me long enough, right?

Now that that's out of the way, time to clear out the Scan folder some more.  The Warriors just ensured there'll be a game 6, but KD going down (again) is big time bad news for Golden State.  Props to the Raptors; they are playing way better than I'd thought they would.  Here's a NBA TeenyMates Series 3 Blind Pack! 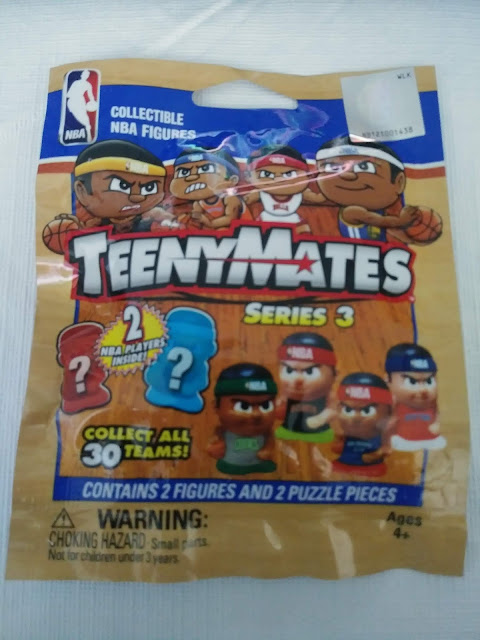 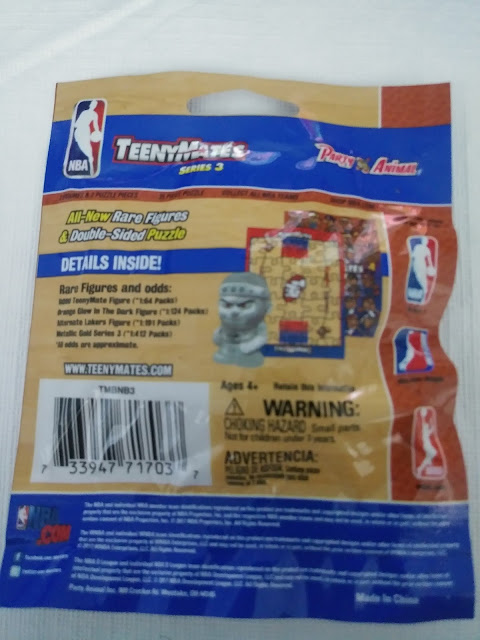 I don't buy these things; based on when I scanned them, I think they were a throw-in from madding's 10th Anniversary Group break many moons ago.

In each blind pack you get a checklist, 2 puzzle pieces, and 2 random figures.  There's a figure for all 32 teams, as well as 4 rare figures, including a glow in the dark one. 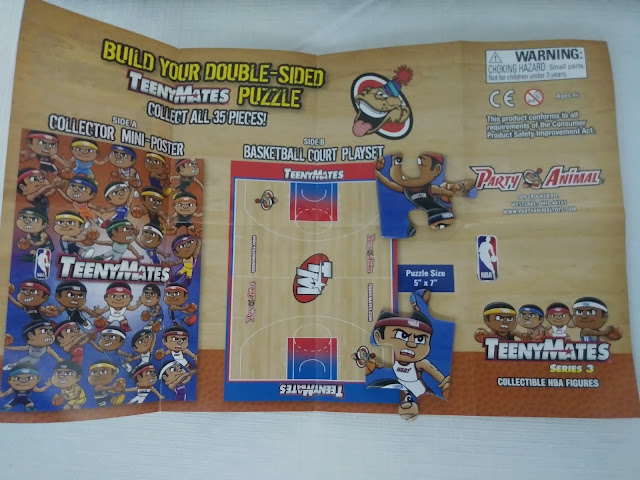 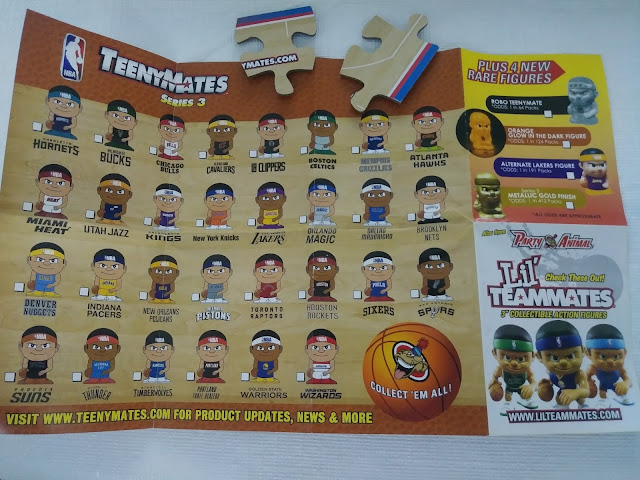 Above you can see both sides of the checklist, which includes what the completed puzzle looks like.  Roberto Clemente or Warren Spahn it is not.

So which generic players did I get? 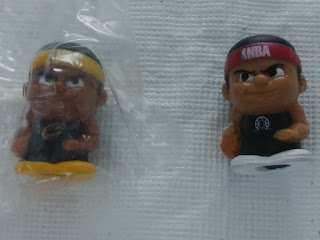 It's the Cleveland Cavalier and LA Clipper!  I'd like to think I got LeBron James, so awesome pack!

That's all I got.  I know it's not much (non-sports posts don't generate much traffic), but it's something.  Enjoy the rest of the Finals and thanks for reading!