Written by Jafronius at 11:26 PM
Greetings!

Hope everyone is doing well.  I took a trip to the not-so-LCS and bought more packs and cards than usual to celebrate my pending end of unemployment.

The store has a big tub near the entrance that has loose packs - basically they took open boxes of packs that haven't been bought in a long while and tossed the packs in the tub.  For the last couple of years, I've parked myself in front of the tub and gone through packs to see if anything catches my eye.  Once while going through the tub I thought, "hey, I should see if there are packs here that need to be posted," so at that point I switched gears and that became the goal.  Here's the first of those LCS packs: 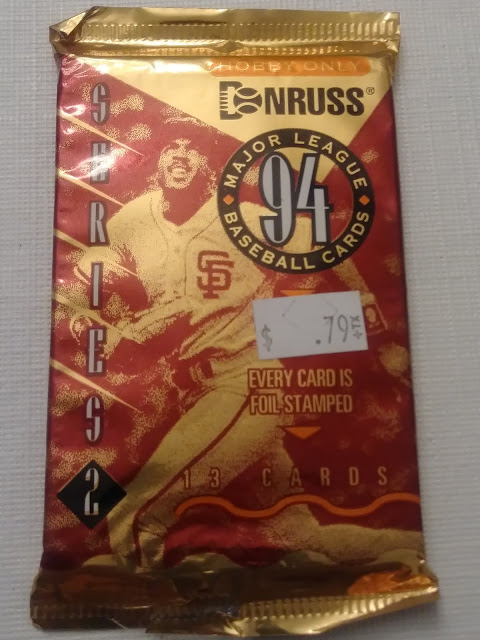 Nine and a half years ago, madding posted the retail version of this set.  He paid $.50 for his and got Juan-Gone on his pack.  I got pre-huge Barry Bonds on my pack for $.30 more.  Here's what I got: 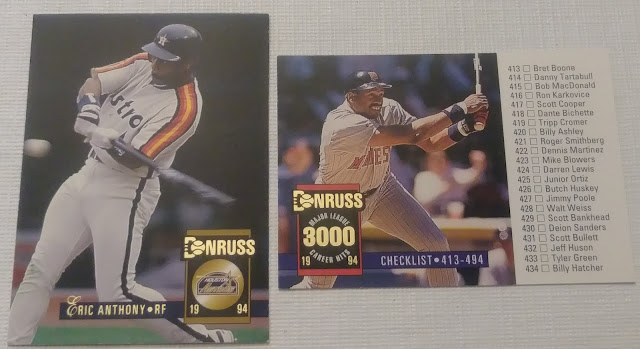 The Checklist celebrates Dave Winfield's 3000th hit.  The way he got hit #2999 was pretty interesting (the link has that hit as well). 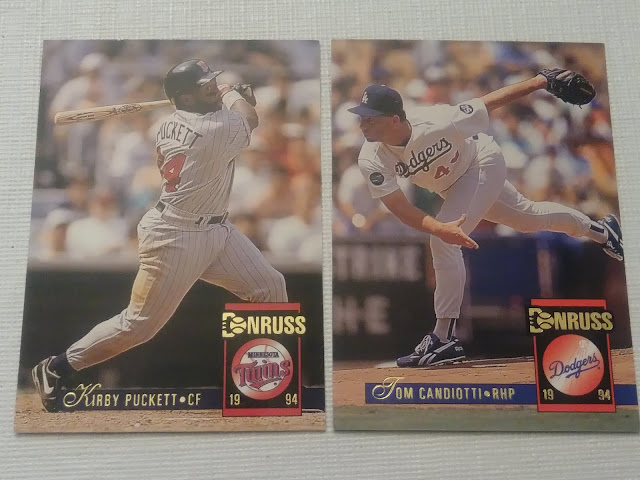 Back to back Hall of Famers?  Nice. 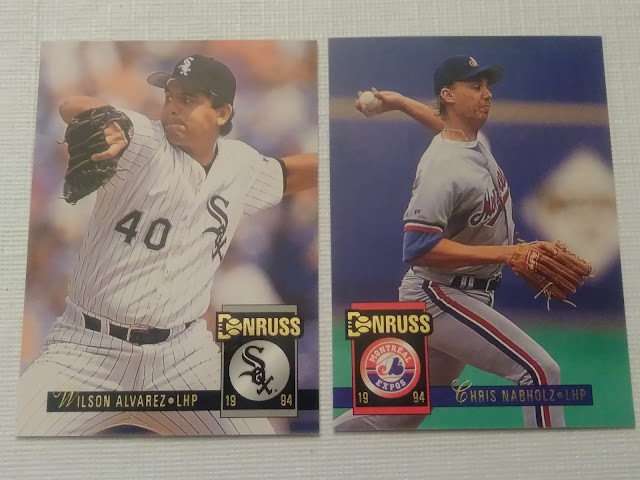 Could the Montreal Rays be a thing in a few years?  What happens to Youpi? 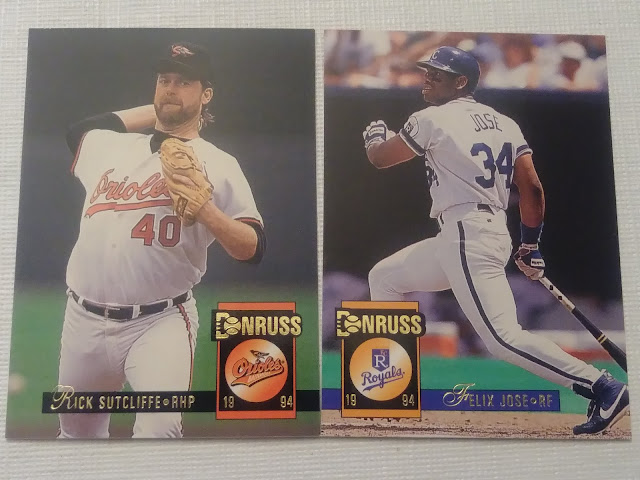 The Red Baron became one of my favorite pitchers during his tenure with the Cubs. 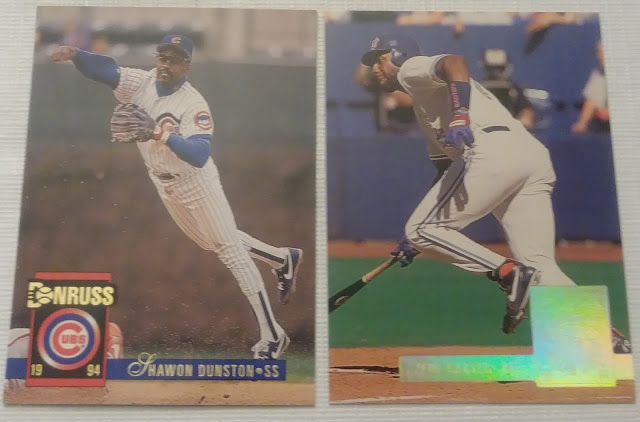 According to the pack, Donruss made a special edition 100-card set and inserted 1 per pack (50 per series).  We know why Carter made the set.

To my surprise, the Chipper is not considered to be a rookie card, even though he's listed as a Shortstop and has only played 8 games up to this point. 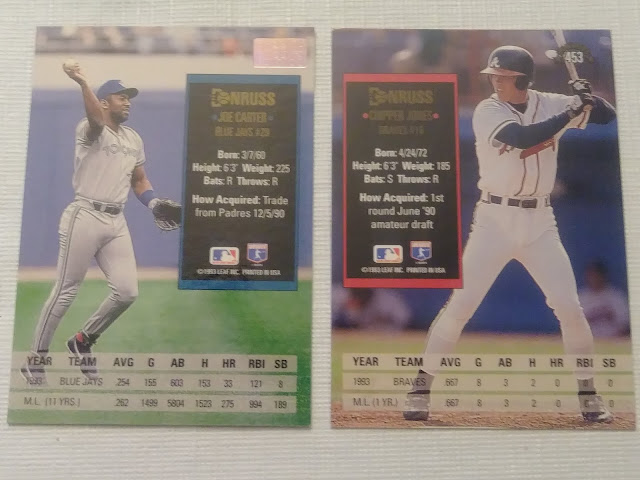 Even though they only show how they did in 1993, you're basically getting a second front, if that makes any sense.

So that's the pack.  There were 660 cards in the Donruss set; I assume there were 330 cards in each series.  Getting 3 HOFers in a 25 year old pack is pretty good in my book.  More later eventually, and thanks for reading!

Love this set. Great Kirby and Chipper. Not sure if I'd seen Chipper's before. Fun pack.