Hope everyone is doing well.  It's been a while since anyone has posted on here.  It's been a down year overall...we'll be lucky if we make it to 100 posts for the year.

Anyway, I haven't had the time to take pics of any new stuff, so time to grab something from the saved folder.  We've seen the hanger pack, so here's a couple retail offerings from last year's Opening Day: 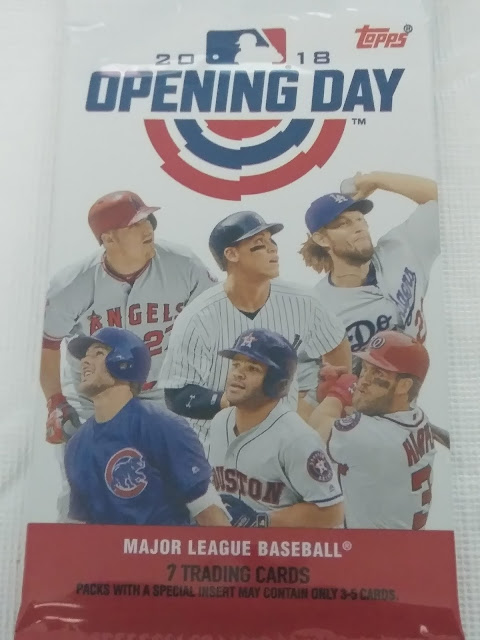 There's 200 cards in the set, along with the parallels and mostly-fun inserts.  Here's the first pack: 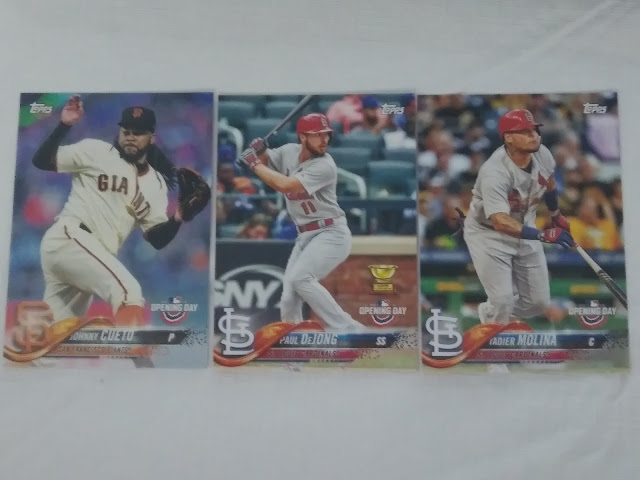 Apologies in advance for the light pics.  I guess I didn't have the flash on.  Everyone remembers the
water slide set, right? 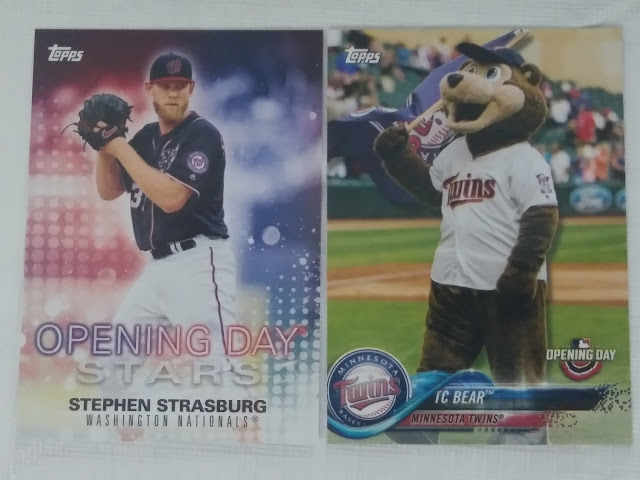 The Opening Day Stars come 1 in 27 packs, and the lovable Mascots come 1 in 4 packs. 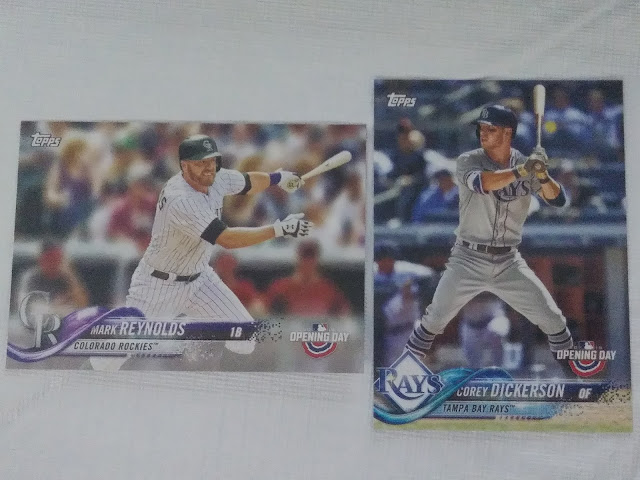 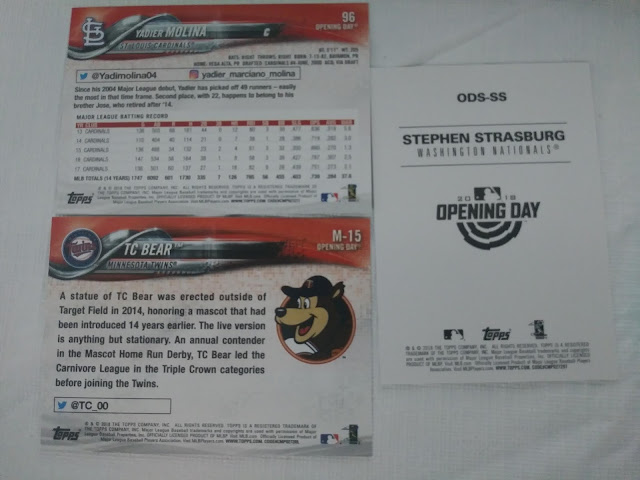 Onto the second pack: 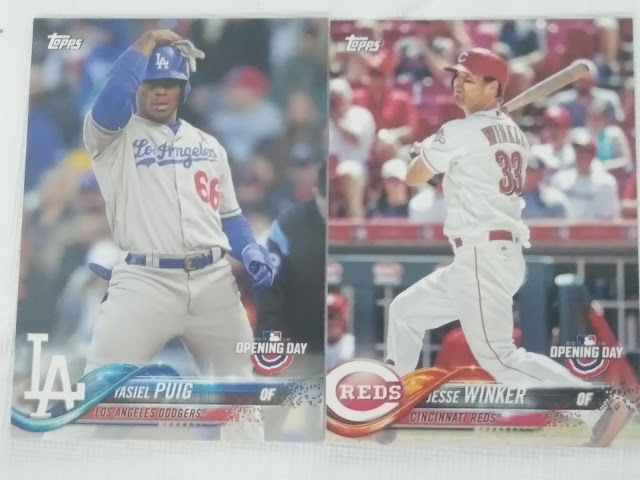 Here's the checklist if you're still tracking down the set. 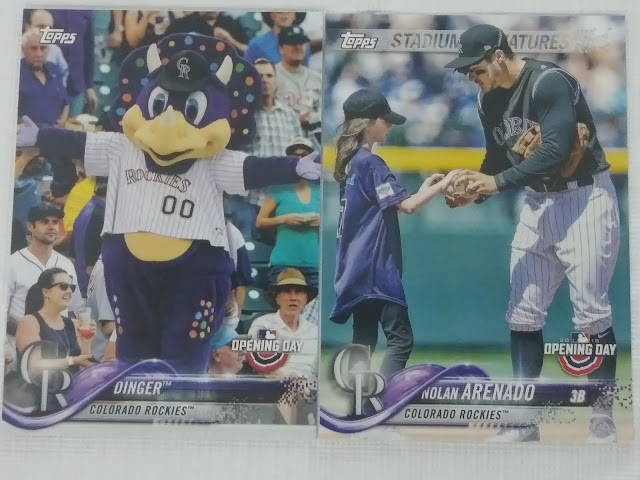 Again, the Mascots come 1 in 4 packs, but if I read the pack odds right, the Stadium Signatures comes 1 in 572 packs?  That's a winner in my book! 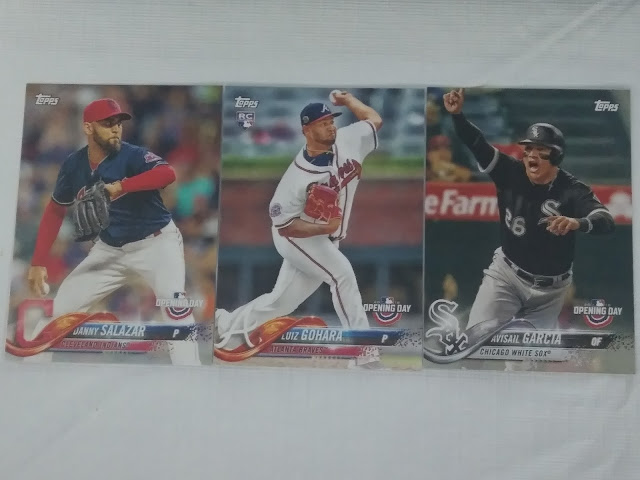 I had noted in the file that the Gohara card used a different image than it's Flagship counterpart.  I don't have a scanned image of Flagship Gohara to show, but I'm too tired to check into it now.

Here's the back of the Rockies inserts: 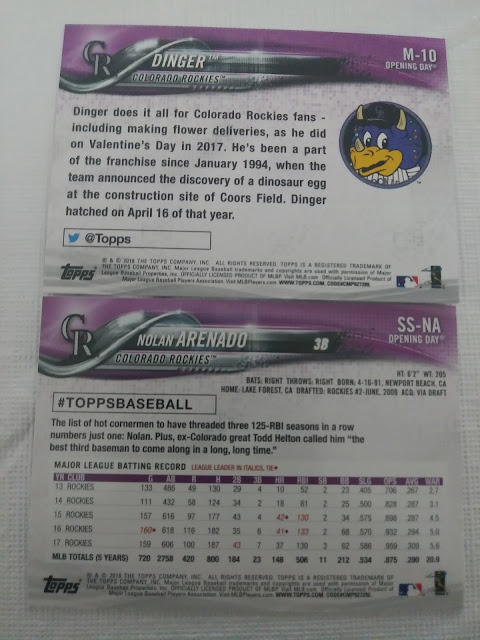 Anyway, those are the packs.  If the blog is silent next week, have a fun and safe Thanksgiving!  Thanks for reading!

What an awesome Rockies pack!