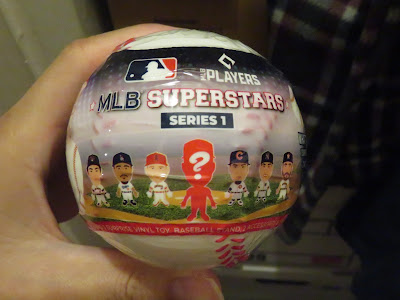 I was at one of Targets in San Antonio when I notice this. Random MLB figure inside a ball. The figures are produced by Culturefly. There are 10 players you can get in series 1. Who's inside this mystery plastic ball? 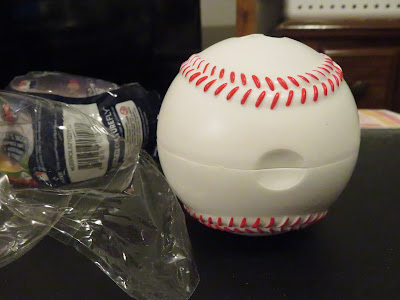 After getting through double cellophane wrapped packaging I opened and received...... 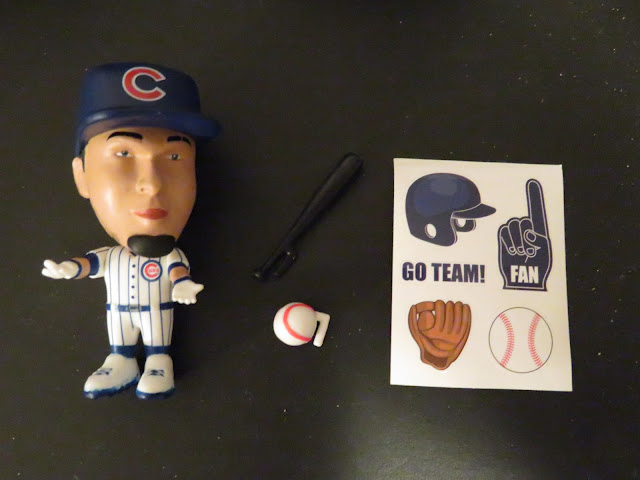 The now-former Cub Javier Baez who is now a member of New York Mets. It comes with a ball, bat, and stickers. The head, arms, and legs can move, but the hands can't which makes placing items harder. The figure can stand up on top of the ball. He looks ridiculous in the pose. 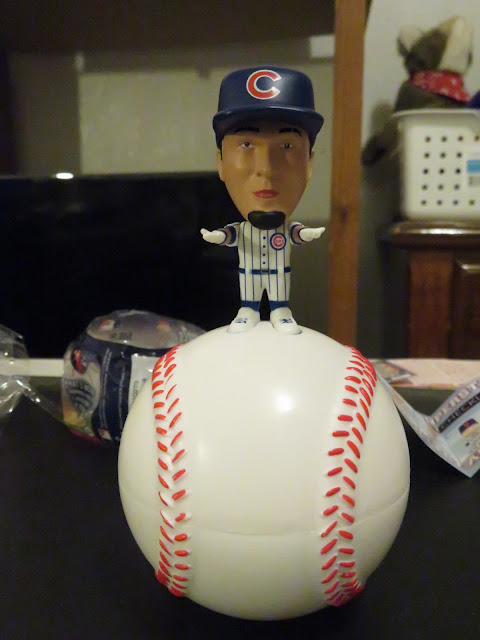 I couldn't able put the ball and the bat in the hands at same time so I put it separately. 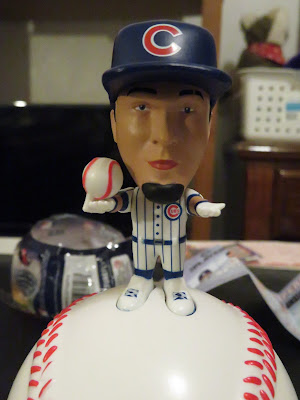 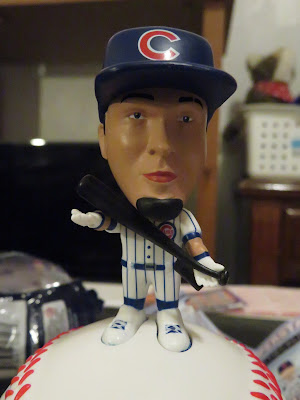 I can hook the ball around the hand easily. The bat? Not so much. I guess it was meant for him to hold it with two hands. 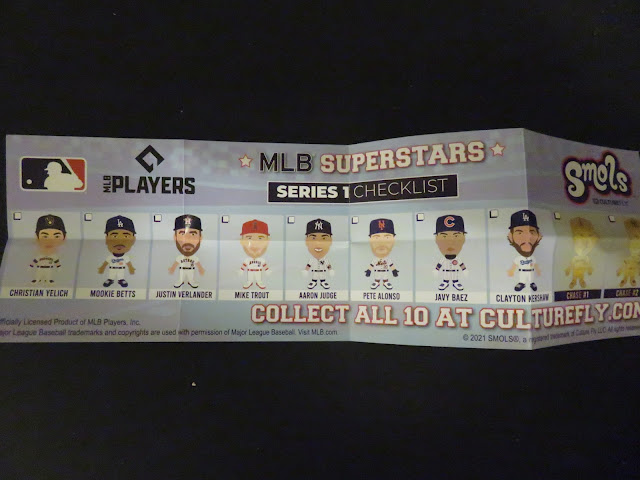 Here's the checklist of the figures in series 1. I feel disappointed in the figurine already.

I kinda find these to be super adorable, I might just try my luck with one if I ever come across one.