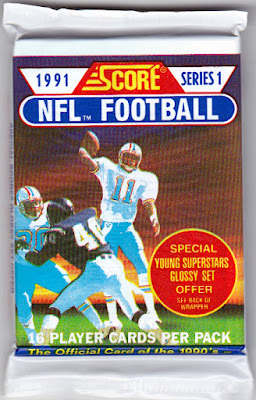 Football season is starting and let's open a pack from 30 years ago. From the junk wax era its series 1 of 1991 Score football. They did a good job on the cover pack artwork and its comes with 16 cards. On to the pack. 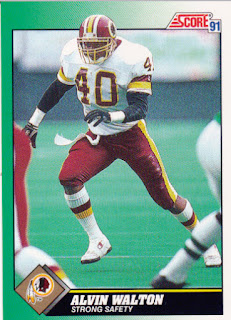 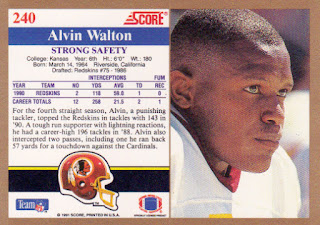 240 - Alvin Walton - single line stat with a logos on both sides of the card. One of few players to won Super Bowl and Grey Cup (CFL) 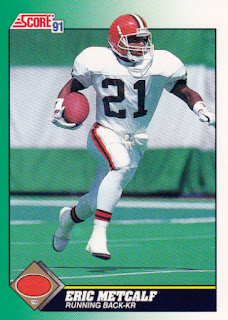 245 - Eric Metcalf - one of premier kick returner at the time. 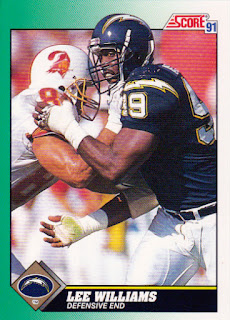 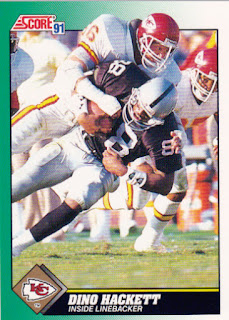 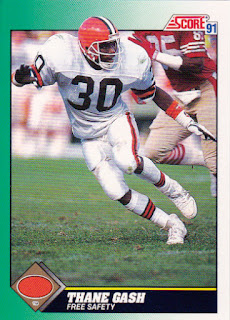 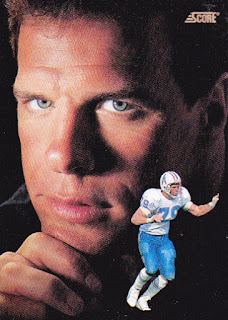 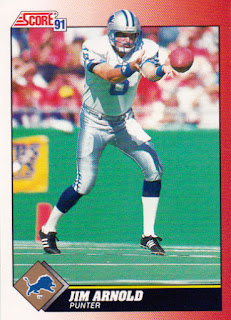 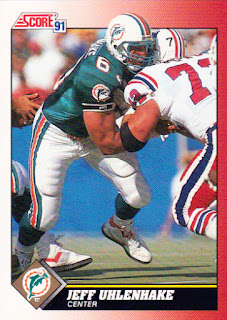 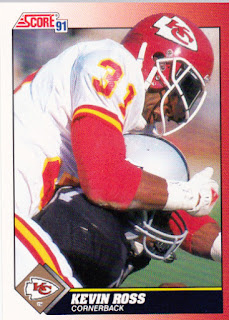 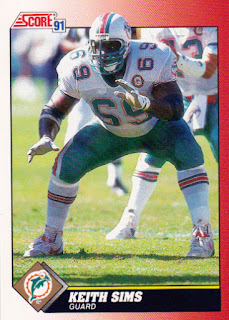 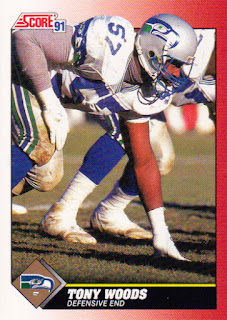 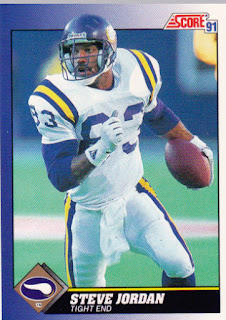 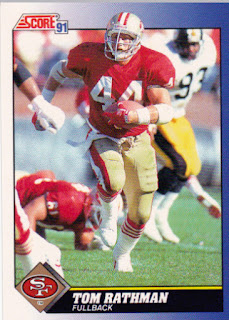 88 - Tom Rathman - part of 49ers dynasty getting two Super Bowl rings out of it. 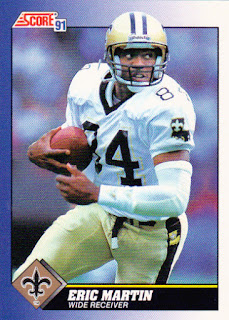 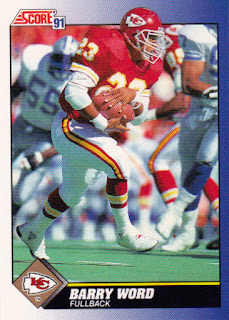 90 - Barry Wood - 1990 Comeback Player of the Year. Was working for telephone company when Chiefs signed him. He rushed over 1000 yards that season. 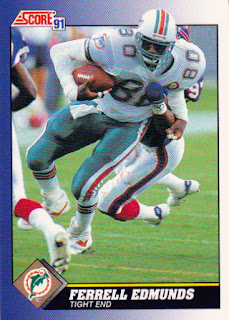 Who's ready for the season?

It's amazing how many of these players I either don't know/have forgotten.

Brings back memories I bought alot of this set.