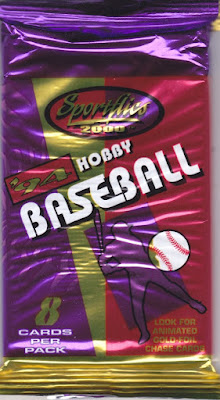 Aside from appearing in a box of Corn Flakes or two, Sportflics took a break from baseball cards after 1990. It resurfaced in 1994, rebranded with the confusing name "Sportflics 2000". The brand would change its name once again the next year before disappearing again for good after a couple more years. 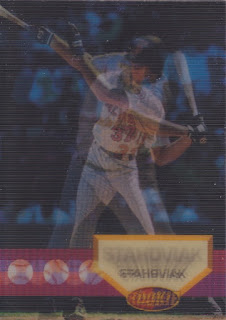 154 - Scott Stahoviak - While the cards still use three distinct player photos, the player name really jumps out at you as it appears to be in about ten different positions on the card. 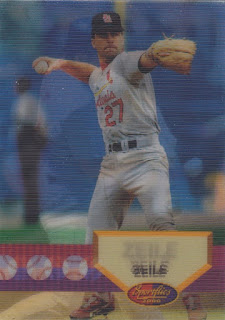 117 - Todd Zeile - Zeile is one of those guys who played forever that everyone knows, but never made an All-Star team. 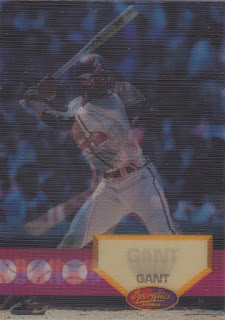 90 - Ron Gant - Ron Gant was, in fact, an All-Star. He almost helped the Cardinals to a World Series bid against his old team in 1996, before their sudden, violent collapse. (He was probably some sort of double agent.) 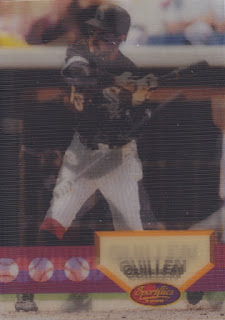 33 - Ozzie Guillen - This pack is heavy on name recognition, aside from a couple of cards. 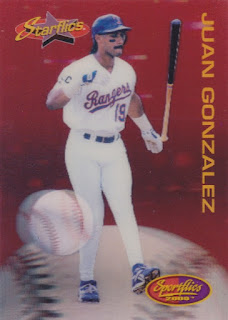 182 - Juan Gonzalez Starflics - One of the great sluggers of the day. This subset only contains the one player photo, which works against the Sportflics core concept. 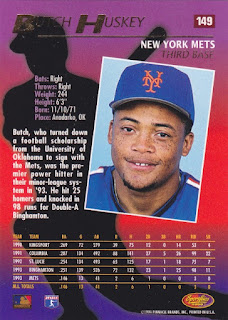 149 - Butch Huskey - Here's a look at the card back, which was heavily redesigned from the familiar late '80s sets. 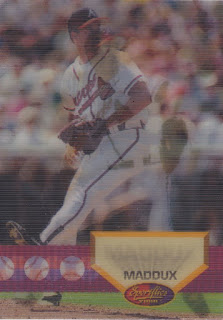 53 - Greg Maddux - I wonder how many times in my life I've pulled a Greg Maddux card. It has to be well into the hundreds. 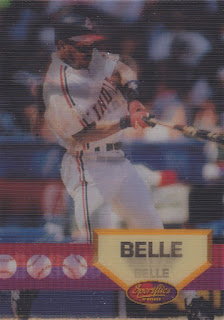 10 - Albert Belle - We end things here with another powerful slugger.

Sportflics are cool. Enjoyed them since I started buying their packs back in 1986. My only complaint is they always seem to jack up the penny sleeves.

Loved me some Butch Huskey back in the day!