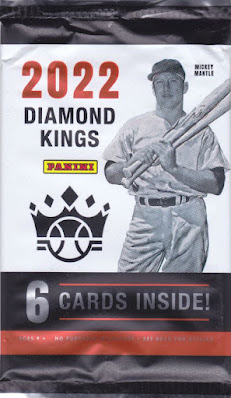 Let's take a look at this year's version of Panini Diamond Kings. The annual set features a mix of rookies, veterans and legends. I bought a blaster recently and this is one of the blaster packs. 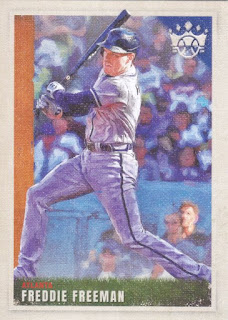 56 - Freddie Freeman - I can't say I'm a big fan of the design. The side seems to be dirt colored while the bottom part beneath the player name is grass colored. I get what they were going for, but it just doesn't look attractive to me. 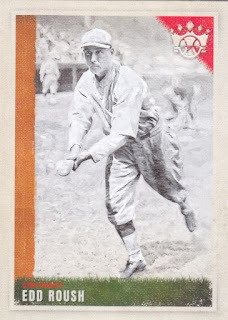 17 - Edd Roush - Kudos to Panini for finally including some different retired players for once. I don't think I've ever pulled an Edd Roush card before. 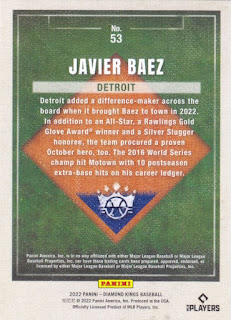 53 - Javier Baez - The backs of the card continue the dirt-and-grass theme. As with most Panini baseball cards these days, there isn't a lot to look at on the reverse. 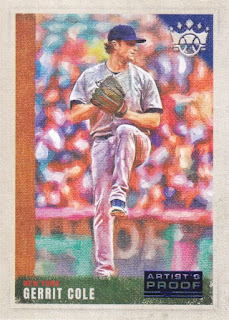 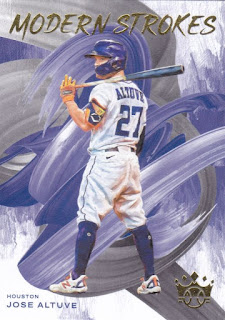 MS-5 - Jose Altuve Modern Strokes - This insert has more of a paint canvas theme to it. Panini likes those double meanings. 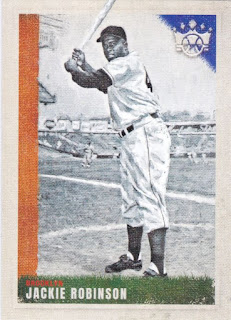 101 - Jackie Robinson - Last up is Jackie Robinson, which means we didn't get any rookies in this pack. The rookie cards feature a few different designs, in tiers based on rarity. It's something they've been doing with the Court Kings NBA sets for years but had yet to implement on the baseball side. You can see a couple of the designs here.