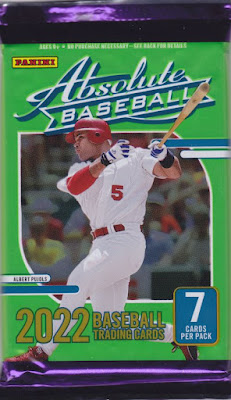 Here's a blaster pack from one of Panini's latest baseball offerings. It features a young Albert Pujols on the wrapper, for some reason. 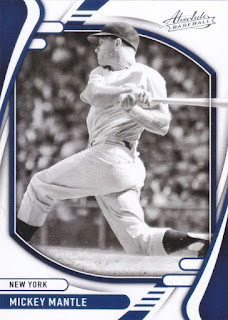 10 - Mickey Mantle - I wonder if Fanatics/Topps will go after Mickey Mantle's license again after Panini's time is up, or if that ship has sailed. 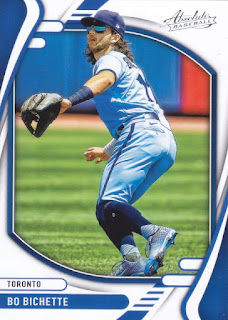 68 - Bo Bichette - With the player turned to the side, Panini barely had to do any work on this one to remove any offending logos. 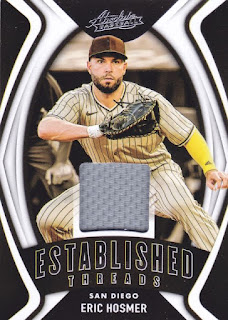 ET-EH - Eric Hosmer Established Threads - Each blaster box has a "hit", and it happened to be in this pack. This is a very hefty card, thicker than the rest of the cards in the pack combined. 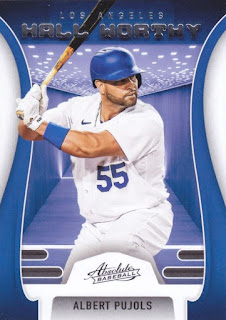 HW-3 - Albert Pujols Hall Worthy - There are a bunch of Pujols Dodgers cards in 2022 products due to his short time with the team last season. 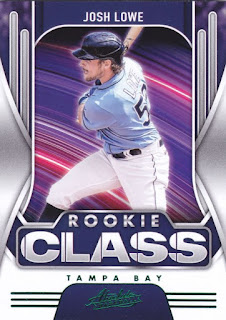 RC-22 - Josh Lowe Rookie Class Green - Each retail pack usually has green foil parallel in it. This one happens to also be an insert card. 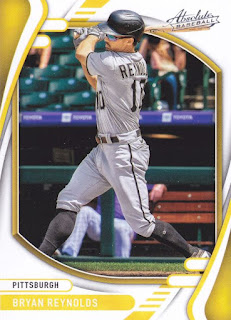 44 - Bryan Reynolds - After so much blue, this yellow-dominant card has the look of a parallel. It's not, though. It's just Pirates-colored. 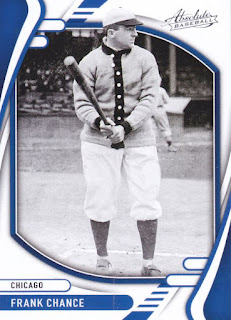 2 - Frank Chance - We end things with a Cubs Hall of Famer. Who knew that there would be Frank Chance cards in 2022?

I think that is Juan Soto on the wrapper instead of Pujols.