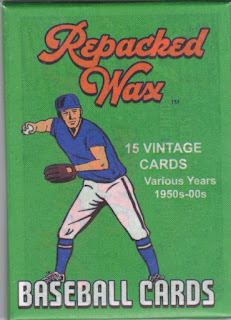 Here's something a little bit different. I went to a card show last month, and one of the tables had a box of "Repacked Wax" packs for sale. These are actually sealed in real wax wrappers, which brings back all the nostalgia. They have a website and have packs available for other sports as well. This isn't normally the type of thing I'd go for, but the guy at the table was getting people hooked by showing off some of the packs he had opened, which included a 1968 Topps Frank Robinson card if memory serves me. 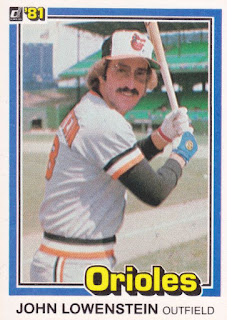 235 - John Lowenstein (1981 Donruss) - We kick things off with the always slightly out of focus debut Donruss set. 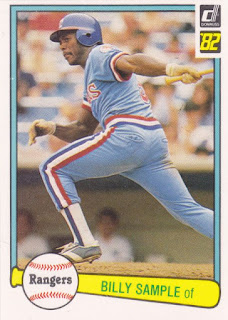 69 - Billy Sample (1982 Donruss) - Donruss made great strides between year one and two as you can see here. 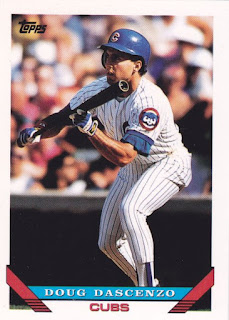 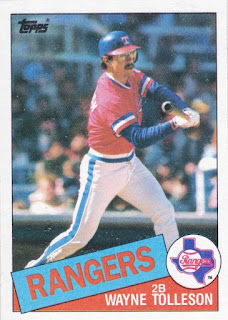 247 - Wayne Tolleson (1985 Topps) - Should the Rangers bring these unis back as throwbacks someday? 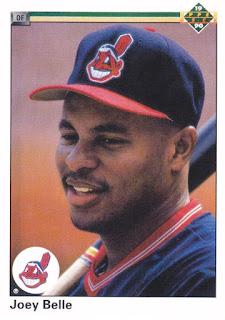 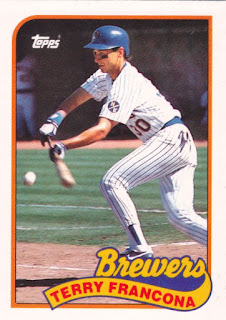 35T - Terry Francona (1989 Topps Traded) - This is one that you couldn't have pulled out of a wax pack at any point, although Topps did experiment with putting their Traded sets in pack form in 1990 and 1991. 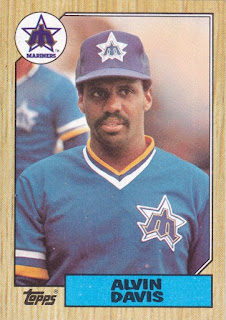 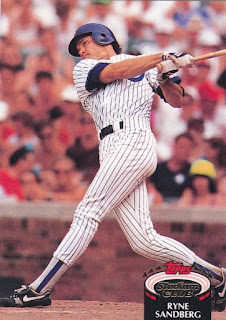 50 - Ryne Sandberg (1992 Topps Stadium Club) - With the background completely out of focus, it looks like the person in the crowd on the bottom right is wearing some sort of construction hard hat. 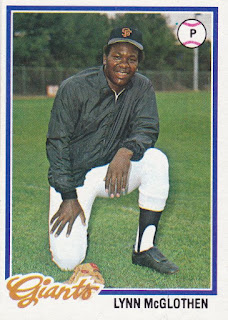 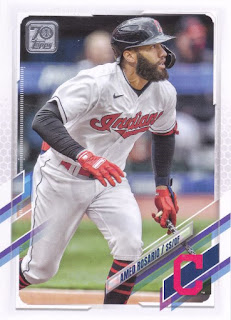 US8 - Amed Rosario (2021 Topps Update) - We then leap forward a bunch of decades for this one. 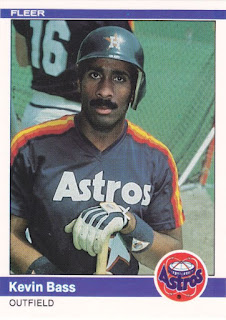 221 - Kevin Bass (1984 Fleer) - It looks like Bass was pulled aside during batting practice to snap this photo and isn't super happy about it. 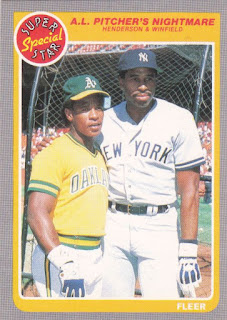 629 - Rickey Henderson / Dave Winfield (1985 Fleer) - This is a card well remembered from my youth that happens to be from one of my all-time favorite sets (and a favorite subset to boot.) 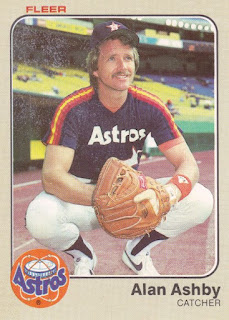 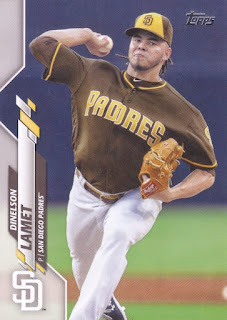 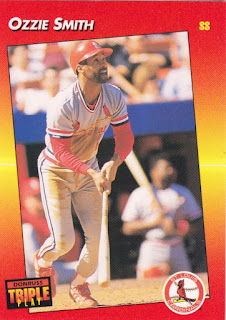 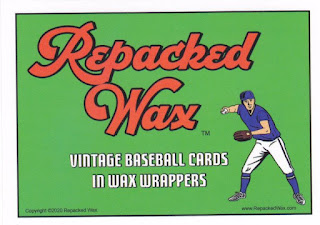 The packs come with a couple of these stickers to apparently shield the cards inside from the dreaded wax stains. It's a nice touch.

Interesting. If the price was right, I could see myself opening up a couple of these on a rainy day. I like how the company went with a wax wrapper.

Here's an interview with the guy behind "Repacked Wax": https://uni-watch.com/2020/02/26/talking-baseball-cards-with-ryan-cornell-of-repacked-wax/

I've seen the Swing And A Pop Up blog open some of this stuff. It's a little underwhelming. Lots of stuff from the '80s, with a '60s or '70s card here or there to keep you hooked.

The author of that uni-watch article got very little junk wax in his pack, much more vintage and uncommon sets. Your pack was almost all junk wax or near-junk wax. Just a coincidence I'm sure . . .

One of these days I'll order some packs of these. Last year I wish I had gotten some of their only 1970s special boxes/packs. Repacked Wax does a nice job of randomizing. I've watched several unboxing YouTube videos from various card guys and some of them have had some pretty good 'hits". You don't always strike gold with these but they look like a lot of fun.

To date they haven't had anything older than late 1950s due to the larger card sizes. One time I think I saw one of their Facebook or twitter posts about considering some of the larger oddball sizes. They just need to figure out how they will package them.

There's a similar product offered by Ryan's Vintage Cards (on Twitter) that features a broader date range and also an autograph (obtained on a classic card) in every pack. I have found some fun hits.
Repacked Wax is a bit polarizing in the card community.