Here we are with another Panini NBA offering. Because of production delays (?), the bulk of their release calendar was pushed until after the actual season it was made for. I'm guessing we won't be done with 2021-22 releases by the time the league tips off for the 2022-23 season in a couple of weeks. 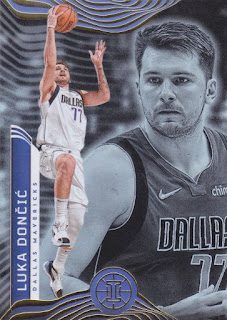 70 - Luka Doncic - We start things off with one of the game's biggest names. 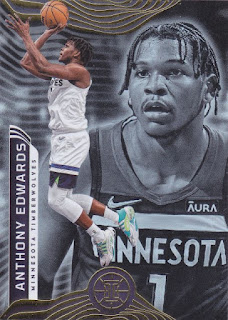 27 - Anthony Edwards - This year's Illusions design distinguishes itself from previous releases with the player name and team running down the side of the card. 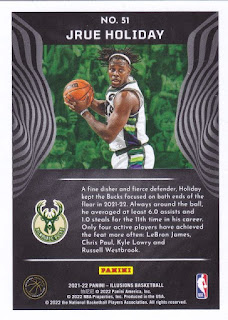 51 - Jrue Holiday - The backs show that Panini has pretty much given up on including stats on cards anymore, aside from NBA Hoops because of tradition, I guess. 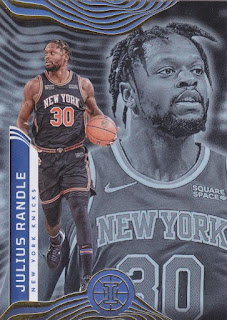 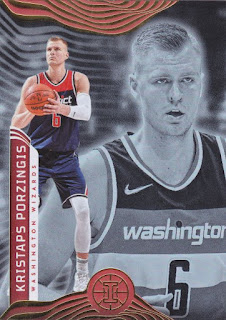 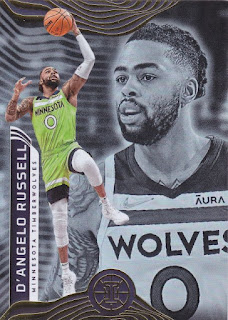 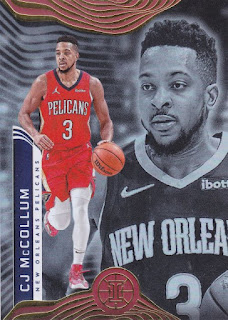 82 - CJ McCollum - This is the first card I've pulled of McCollum since the Blazers traded him, and it breaks my heart a little. 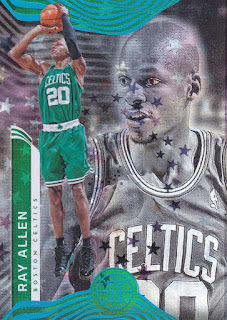 123 - Ray Allen Starlight - I'm assuming the correct parallel name for this is Starlight, because of all of the stars in the background. At first I had pegged this as a teal parallel, but those are supposed to be numbered to 79 and this is unnumbered. 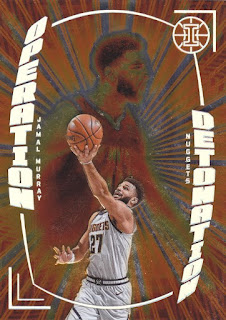 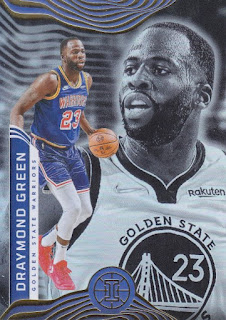 105 - Draymond Green - Green is pretty much the Mouth of the NBA, for better or for worse. 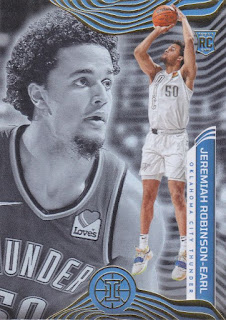 182 - Jeremiah Robinson-Earl - We finish it off with a pair of rookies. 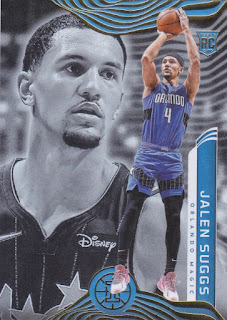 155 - Jalen Suggs - Suggs does not care that the Illusions logo is right down there where his foot should be.

I was able to pick up a rack pack last week. I considered posting it since the fronts are nice and shiny, but the first 7 cards are the same as yours.

I’m not a fan. I grabbed a few packs and I pulled two golf cards, a blockbuster membership and a coupon for 20 cents off BoKu. Pass.