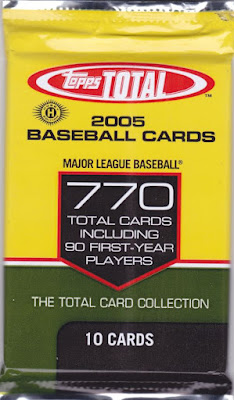 It's been about thirteen years since we saw a 2005 Topps Total pack posted here. This one is technically different in that it's a hobby pack. I picked up a few of these for a reasonable price at a card show recently. Let's see what we have here. 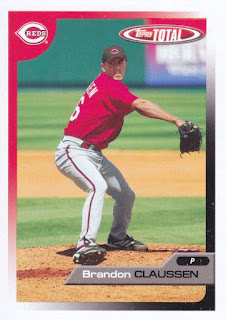 31 - Brandon Claussen - The first card isn't exactly a household name, but we don't exactly get to pick and choose here. 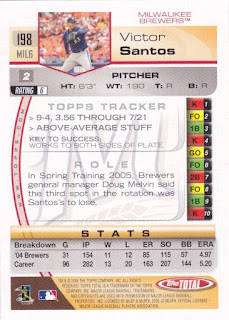 198 - Victor Santos - Topps Total got some flack back in the day for being, well, boring. They did give you full color backs complete with a few bullet points about the player in lieu of full stats. 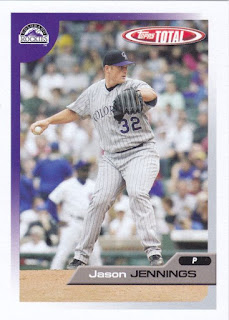 98 - Jason Jennings - Jennings was considered one of the best pitchers in the Rockies rotation even though he carried an ERA north of 5.00 in most years. 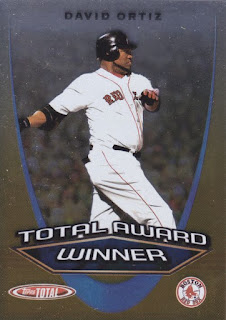 AW27 - David Ortiz Total Award Winner - It's not always base card time with Topps Total as they occasionally throw an insert at you. 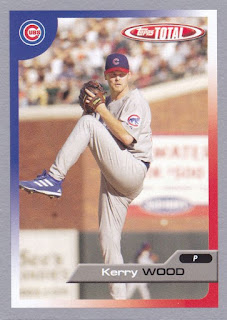 305 - Kerry Wood Silver - From a Hall of Famer to a Hall of Could've Been, this is a one-per-pack "silver" parallel. 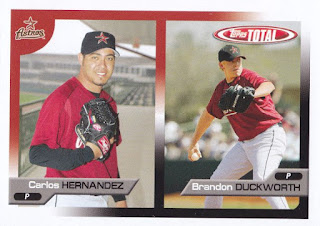 642 - Carlos Hernandez / Brandon Duckworth - Minor leaguers and prospects were often forced to share cards like this one. 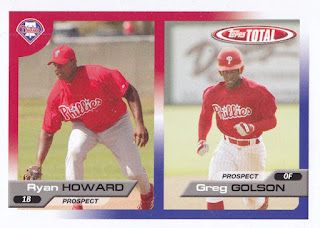 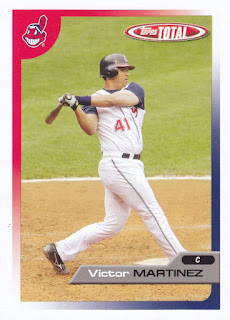 340 - Victor Martinez - Martinez was always a guy you wanted to look to draft in fantasy leagues when I first started playing, as he played an offensively-starved position. 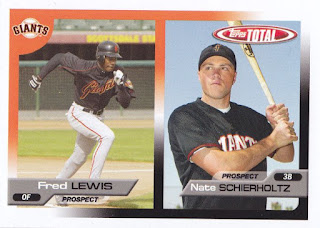 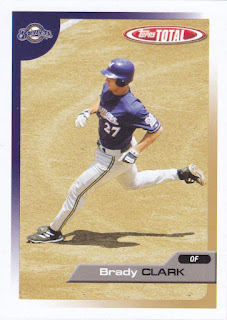 336 - Brady Clark - Here's the rare baseball card that features nothing but dirt. 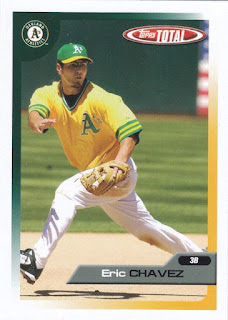 TTC20 - Eric Chavez Team Checklist - The last card of the pack isn't included in the card count at all as Topps would have considered it a checklist. These days, even an ad inserted into a pack counts as a "card" -- just look at last year's Allen & Ginter set.