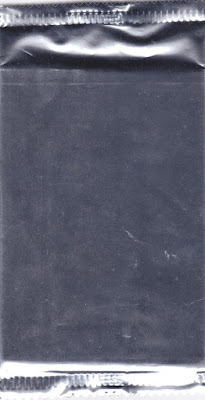 Cards issued with food used to be as prevalent as the sprinkles leftover at the bottom of a bag of pink Mother's Cookies circus animals, but the concept is all but extinct today. Fortunately, Topps decided to do something bold and package a special set of cards with a certain kind of food. Unfortunately, it happened to be with Walmart frozen pizzas. I picked up an unopened pack of the stuff on Listia. I'm not too good to eat frozen pizza, but talking me into a trek to Walmart is another story. 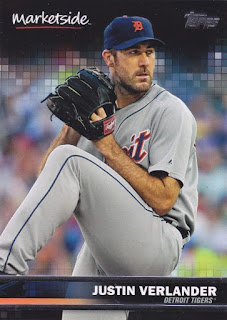 50 - Justin Verlander - This design could be a rejected insert concept for the base set, but that's saying something for food issues. We're used to seeing guys with airbrushed caps hawking deli meats. 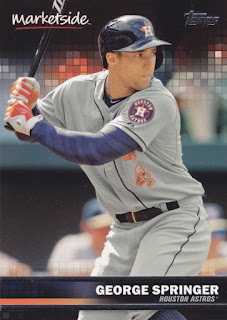 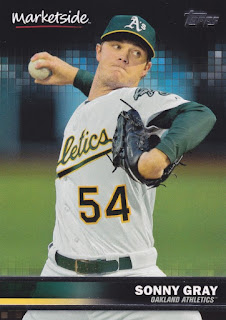 28 - Sonny Gray - It's a bit woeful to be an A's collector, but they at least were represented in this small 50 card set. 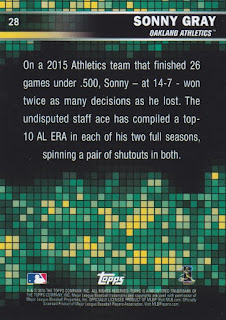 As you can see, the backs are nothing to write home about, but again - not bad for a freebie tossed in with your frozen dinner. I didn't end up with either of the two Cardinals from this set, so I could see trying to snag a pack again just for fun. I'll stay out of the Walmart aisles, though.

It's also worth mentioning that the pack came with a card containing two pretty quality coupons on it for Topps products. Hopefully they can be redeemed at the other big chain store that sells cards.

I've got a spare Yadi that I can send your way. If you're interested in moving those, I need all three for my set build.