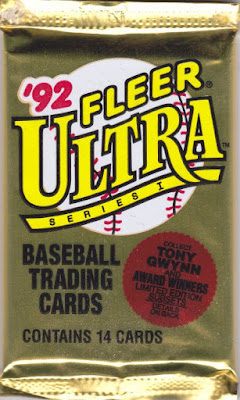 In 1992, Ultra was Fleer's second attempt at a premium card set. The design was a step up for them, but the set overall suffered from the same overproduction that plagued almost everything in the early '90s. 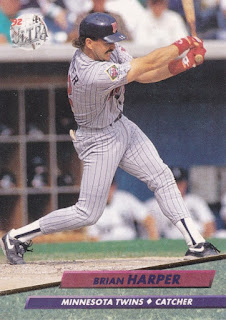 91 - Brian Harper - My hometown AAA Portland Beavers team was affiliated with the Twins at the time, so I got to see Brian Harper (a former Cardinal) play in person a bit. 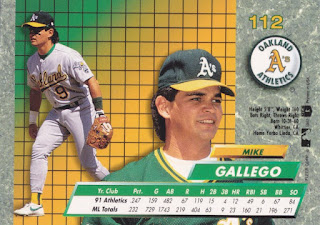 112 - Mike Gallego - Ultra offered three distinct player photos (no one does this anymore) and the cards had a super-'90s design feel to them. 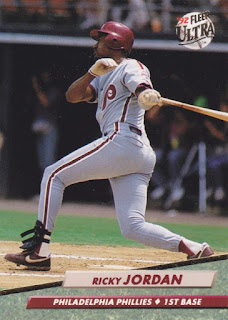 245 - Ricky Jordan - I think this was one of the last seasons of the old 'P'-with-a-baseball-inside logo for Philadelphia. 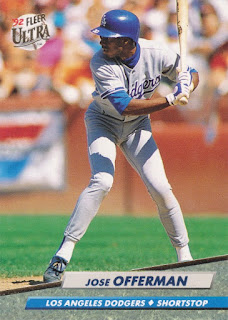 215 - Jose Offerman - One of the more unstable baseball players of my time. 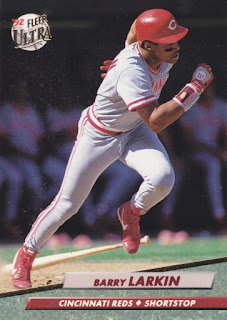 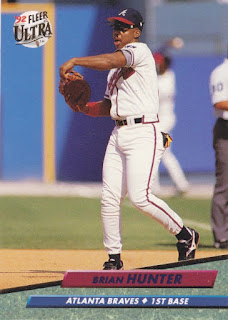 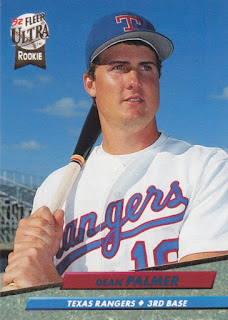 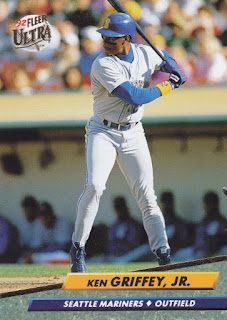 123 - Ken Griffey, Jr. - This is a great looking Griffey card from one of the last seasons of the Mariners yellow 'S' look. 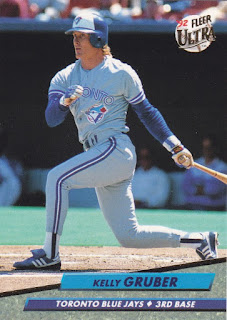 146 - Kelly Gruber - My memory may be off on this, but I feel like Gruber was a sneaky good player that people didn't talk about a whole lot. It probably helped that the Blue Jays were generally really good back then. 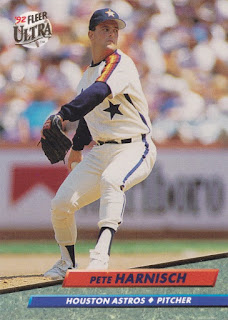 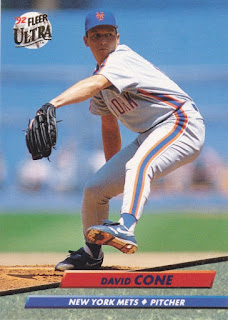 230 - David Cone - Cone went on to throw a perfect game in 1999 with the Yankees, which was also the first no-hitter thrown in an interleague game. 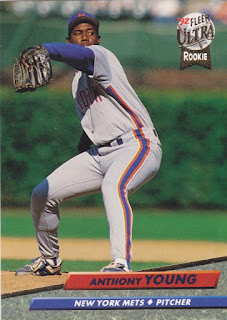 238 - Anthony Young - Young was, unfortunately, notorious for his dreadful won-loss record. He went 3-30 as a swingman for the Mets over the course of the 1992 and 1993 seasons. The pitching win truly is a farce, but just try telling that to this guy. 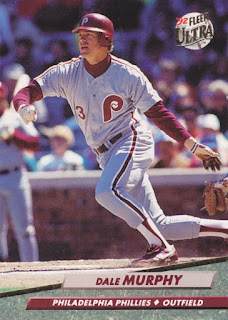 249 - Dale Murphy - Finally, a should-be Hall of Famer. Maybe one day one of those alternative methods of electing members will get Murphy a better look.

Email ThisBlogThis!Share to TwitterShare to FacebookShare to Pinterest
Labels: 1992 Fleer Ultra Series I

One of my favorite sets from the 90's. I spent a lot of my card shop paycheck building a master set (w/o Gwynn autographs). Still have it sitting in the same binder I put it in twenty-six years ago.

I've never seen that Murph card before and I opened quite a bit of these back in the day. That is a great Griffey Jr. Card as well. Really nice phito. This was a fun pack and post.