Written by Rebel Coyote at 5:45 PM 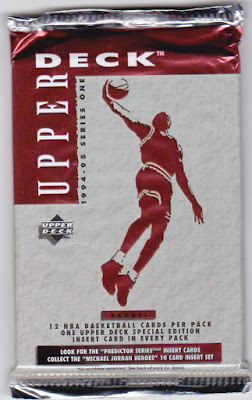 With a pack of 1994-95 Upper Deck basketball series 1. Contains 12 card with one card a special edition version. 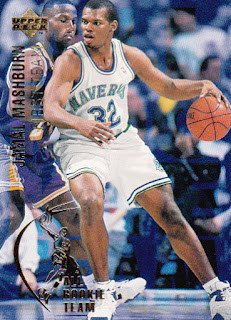 4 - Jamal Mashburn - All Rookie team subset. I got two of the same card in the pack. 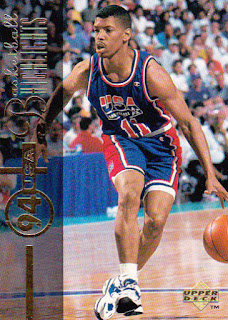 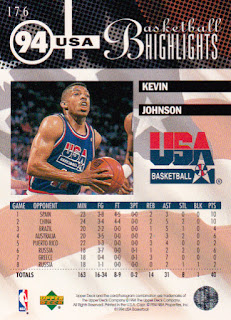 176 - Kevin Johnson - Team USA subset. It's from the FIBA tournament which Team USA breezed right through. 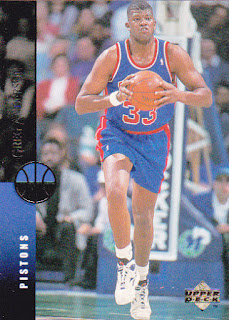 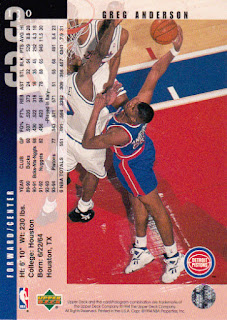 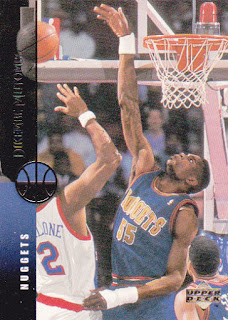 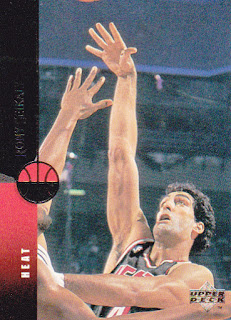 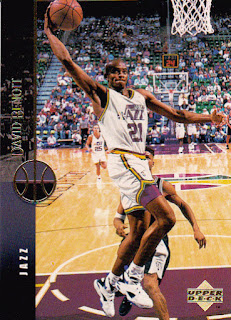 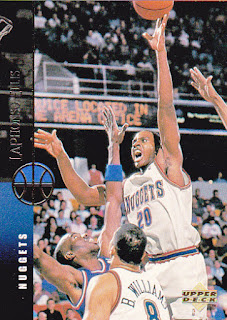 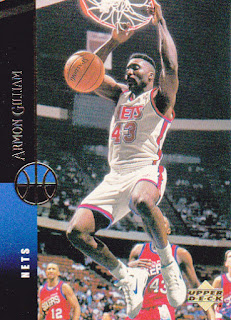 106 - Armon Gilliam - Throwing down the hammer 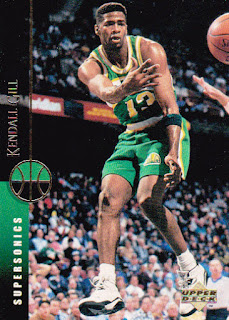 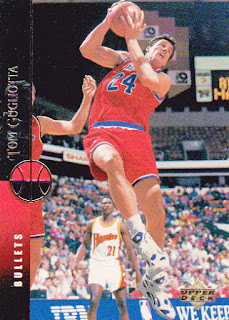 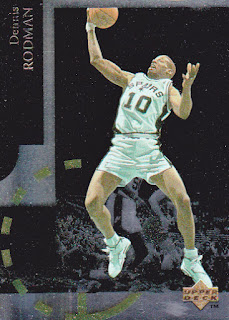 
It's an Upper Deck slam dunk on this.

For a long time that SE insert was the largest insert in NBA history at 180 cards. I'm not sure what is the largest now.

Nice pull. I miss Upper Deck in the other sports. Nice Johnson Team USA card. I like these cards though I haven't seen many in hand before .