Written by cynicalbuddha at 8:00 AM
I stopped by one of my local LCS's Don's Sportcards here in Anchorage, Alaska and he had a just started putting out parts of a huge collection of miscellaneous stuff he had acquired. Lots of early to mid-90's junk but cheap. He had a ton of random packs in a box for a quarter a piece and among those packs were a bunch of 1992 Classic Draft Picks.  I figured for a quarter a pop I'd snag them all.  This was the best pack out of the bunch. 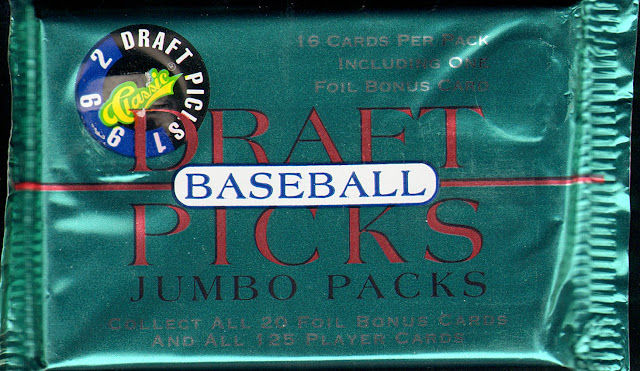 While the checklist isn't stellar there is one stand out rookie in the set.  You also get one foil parallel card per pack. Only 20 of the 125 players were featured in the foil parallels.  Here's what I got. 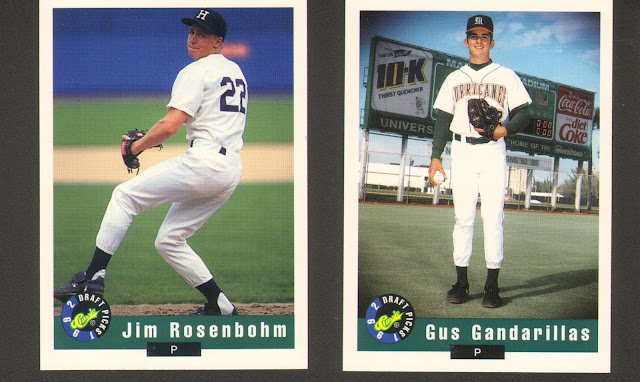 If your wondering who a lot of these guys are you're not alone.  Most of the players in the set, like most draft sets, had very limited major league careers if any.  Although there are a few names I recognized while sorting though the cards. 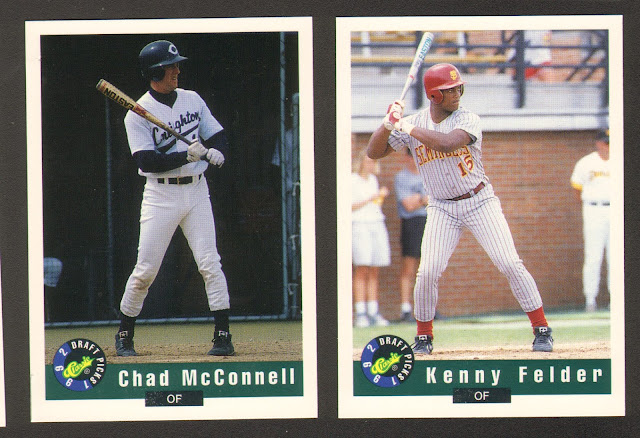 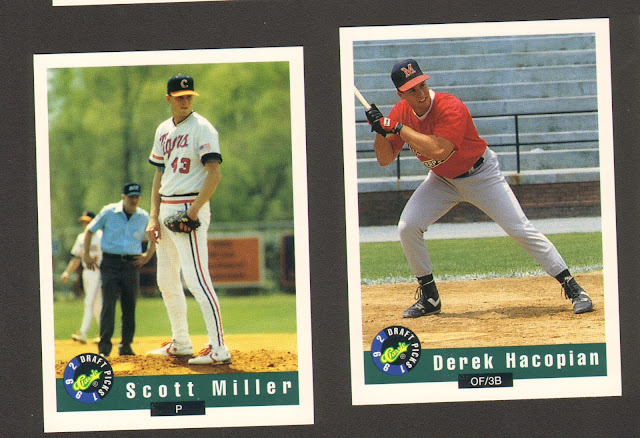 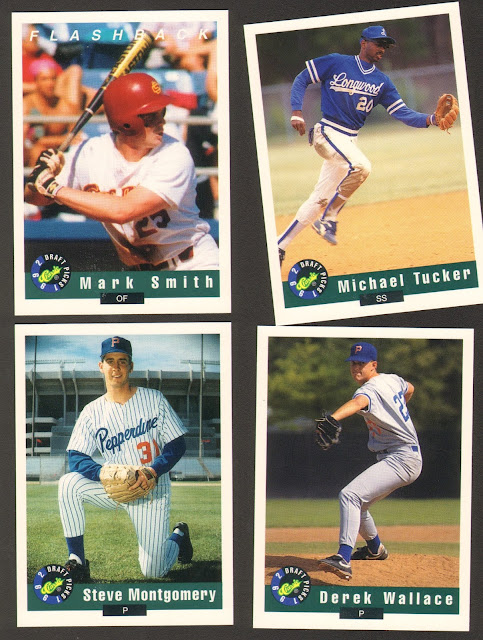 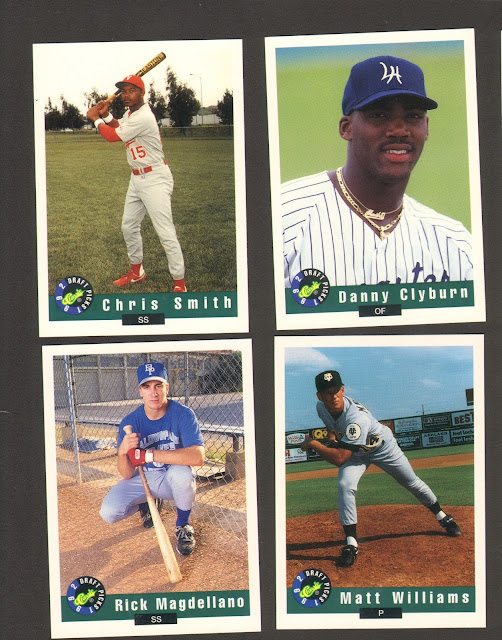 By far the best card, or rather the biggest name in the set is Derek Jeter, who manages to make an appearance in the pack. I managed to pull 3 Jeters from the packs I bought. 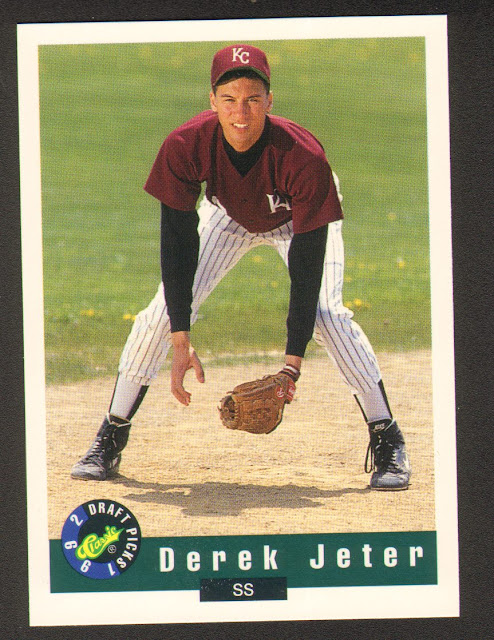 Here's a look at the backs.  As far as backs go Classic did a great job with a huge back photo. 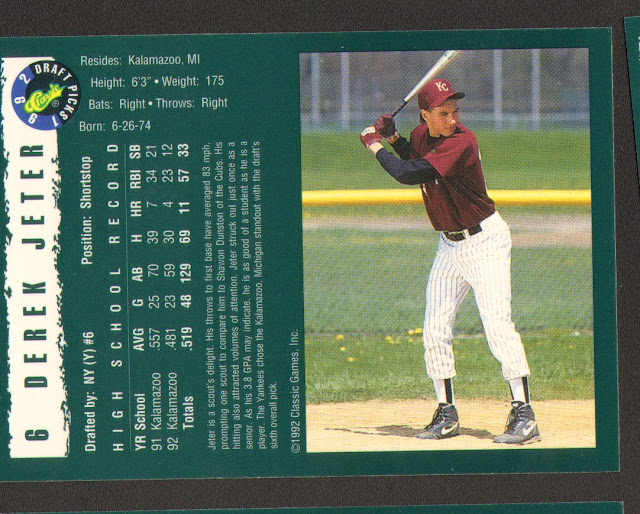 As luck would have it the best foil parallel you could pull also happens to be Dereks and that's why this was by far the best pack I opened pulling this. 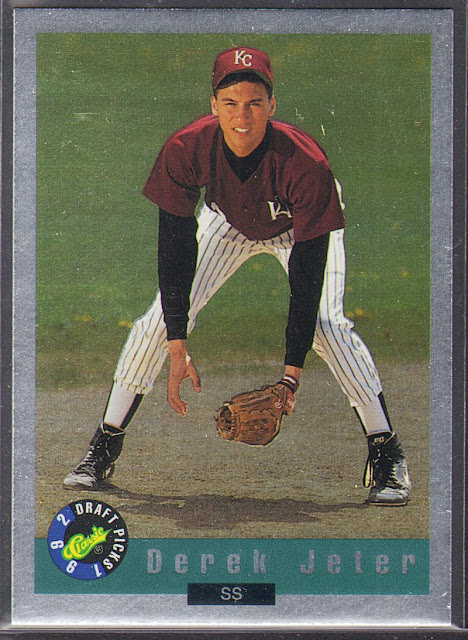 The backs for the foil parallels are slightly different, with different card numbering.  The backs also have a matte finish, while the base cards have a glossy finish. 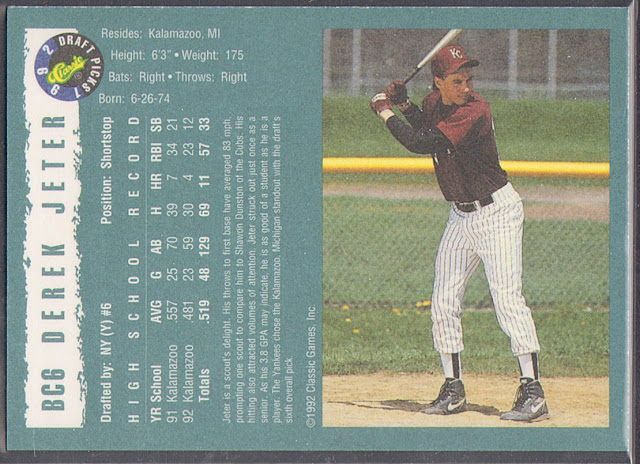 Not bad for a bunch of quarter packs.

Jeter only struck out once as a senior in high school? That's pretty impressive.
Yes, I think you did pretty good for a few quarters!

Congratulations on pulling some Jeters. I've always though that this was a nice looking set.