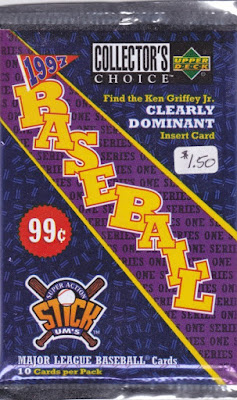 Welcome back to the '90s, the greatest decade there ever was. Way back in the year 2012, I posted a pack of 1997 Collector's Choice Series 2 and have been constantly harassed about a possible follow-up project. At long last, here is the prequel to that legendary pack. 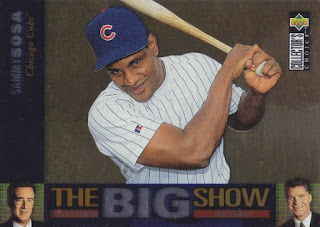 14 - Sammy Sosa The Big Show - We kick things off with a truly Big card. Sosa would become even bigger the following year. 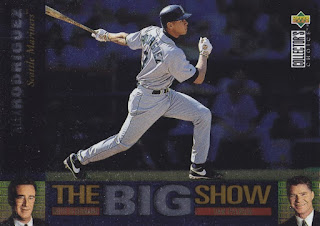 41 - Alex Rodriguez The Big Show - These packs really deliver on the inserts, with a second Sportscenter-related insert found here. If the super-hyped A-Rod had hit a million home runs in 1998 (he hit a paltry 42... what the hell?), no one would have batted an eye. The formerly slight Sosa going toe to toe with the massive McGwire was weird, though, wasn't it? 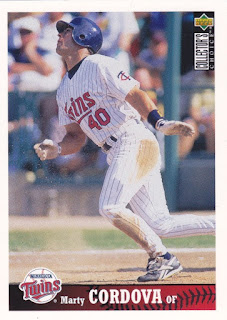 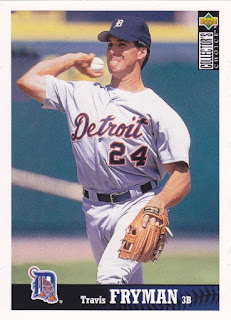 110 - Travis Fryman - Whenever Ignignokt (and maybe Err?) called Frylock "Fryman", it made me think of this guy. That's probably not totally fair, because he was a pretty solid player for a lot of years. 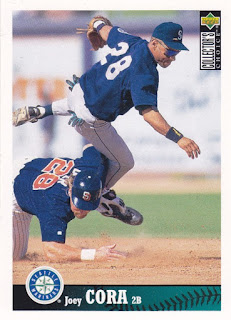 233 - Joey Cora - I think this is going to go in my girlfriend's "flying guys" collection. 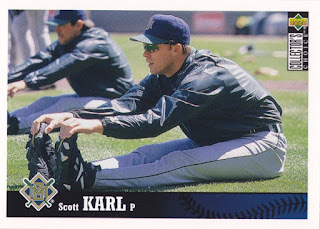 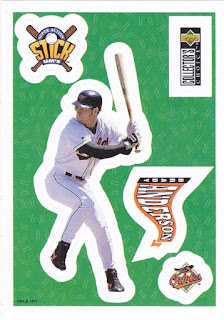 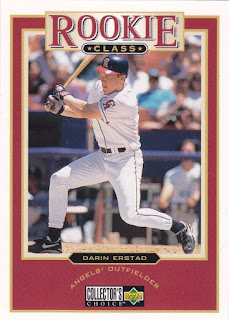 5 - Darin Erstad Rookie Class - I think this set has one of the better Collector's Choice base designs, but I am not a big fan of these Rookie Class cards. 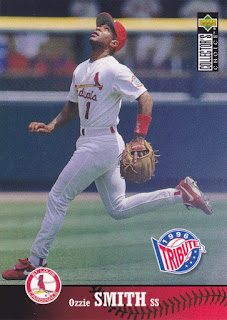 200 - Ozzie Smith - Upper Deck was paying a proper final tribute respect to a legendary player here, something Topps could probably never will learn from. 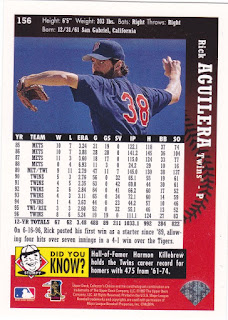 At long last, an Aqua Teen reference on APTBNL!

Ignignokt:
Some would say that the Earth is our moon.

Ignignokt:
But that would belittle the name of our moon, which is: The Moon.