Hope everyone is doing well.  I'm off tonight so I figured it's time to put up another quick post from the National $1 packs. 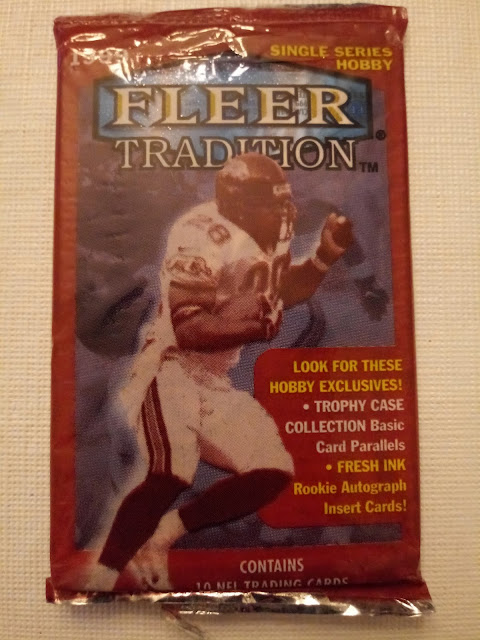 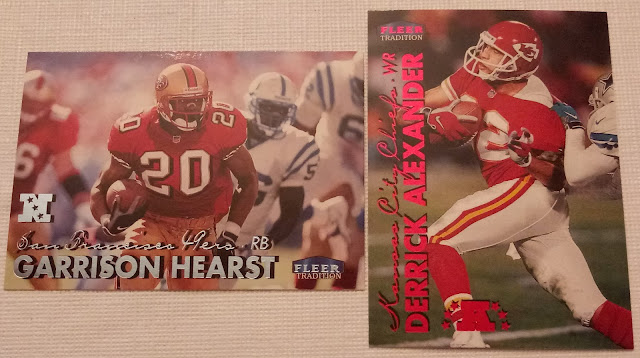 Ah, pure turn of the century Fantasy Football awesomeness.  I'm very sure both of these guys saw some time on my teams' roster at some point. 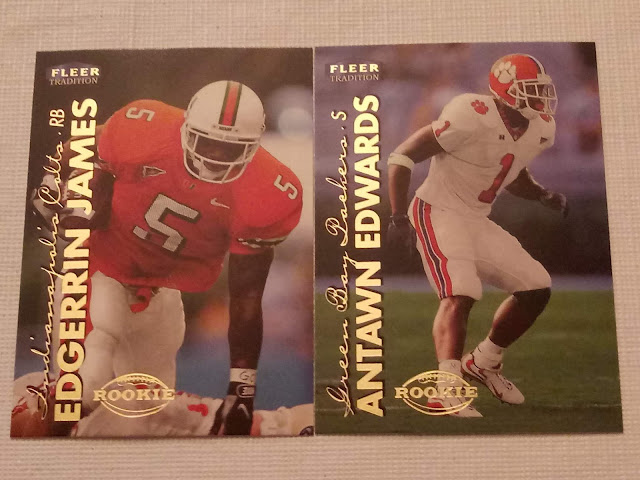 Another turn of the century Fantasy stud here in Edgerrin James.  Other key rookies back in 1999 were Daunte Culpepper, Torry Holt, Donovan McNabb, and Ricky Williams. 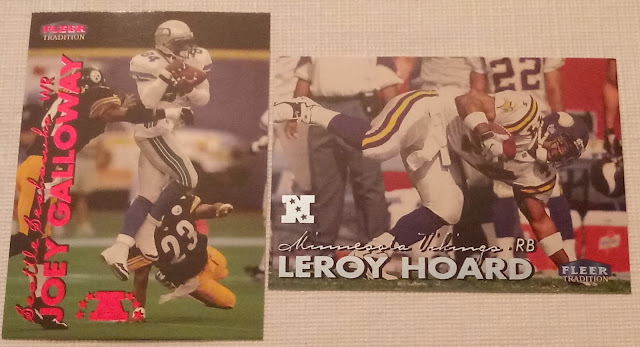 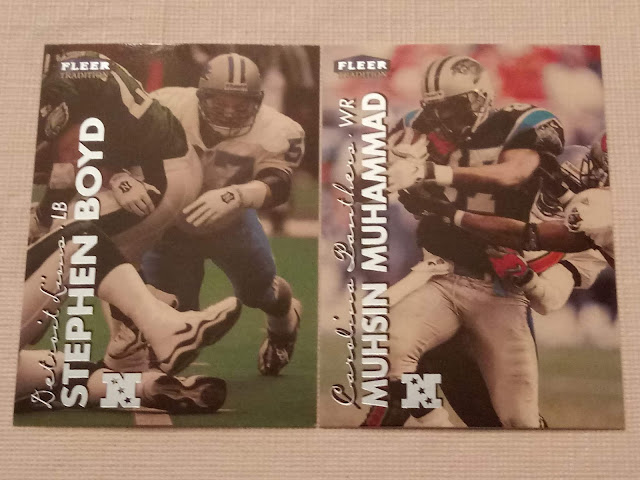 The design of the 1999 Fleer football release matches it's baseball version.  I don't think the baseball release color-coded the player's name and team however (here, the AFC teams were red, the NFC teams were blue, and the rookies were gold). 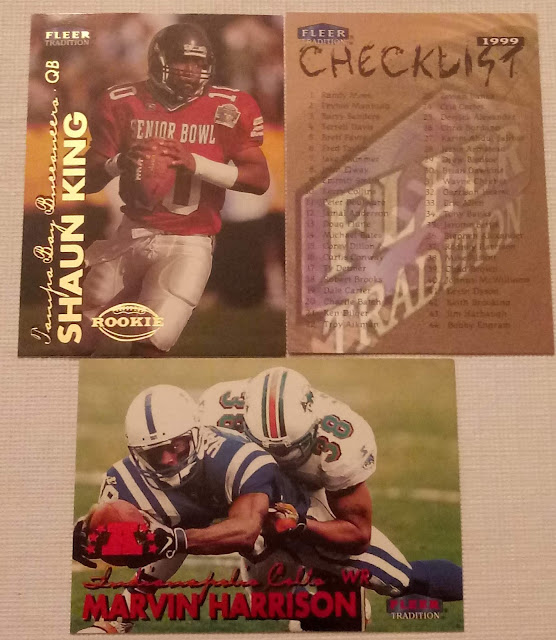 The checklist was at the end of the pack.  Here are some backs: 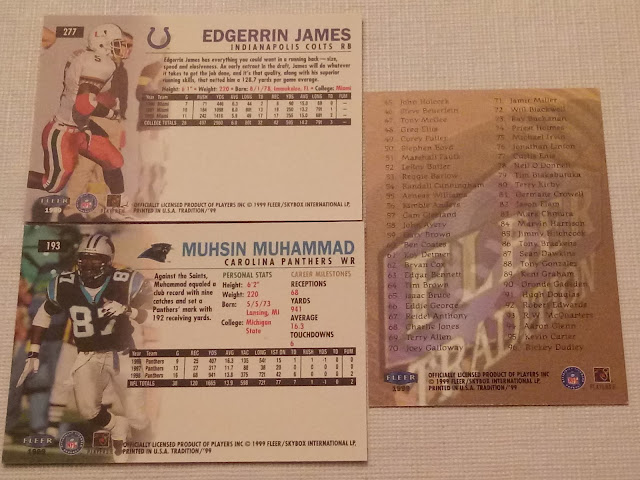 Anyway, that's the pack.  Not a bad pack for the time; lots of solid players and a couple recognizable rookies as well.  No inserts, but a nice design makes this a winner in my book.  Thanks for reading!

Shaun King and Edgerrin James in the same pack? This would have been a really nice pack back in the day.