Written by Rebel Coyote at 7:20 PM 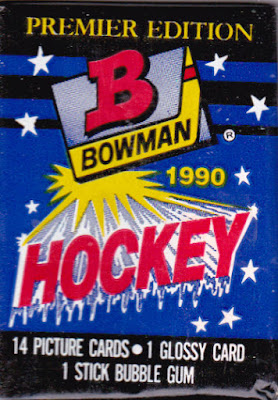 Even Bowman made it to hockey for a very short and unmemorable time. If you ever picked up a Fairfield 100 card repack its most likely you will get 8-15 cards from this set. There are total of 15 cards in this pack. 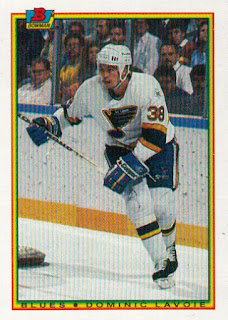 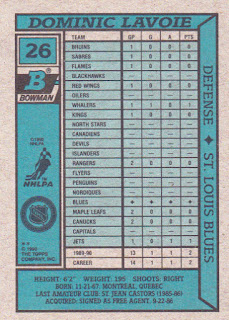 26 - Dominic Lavoie - they used the same design from 1990 baseball including the card stock. Back of card feature breakdown of player's stats against 21 teams in 89-90 season with games, goals, assists, and points. Lavoie played 38 games in the NHL before spending remainder of his career in Europe. 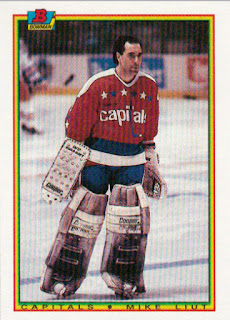 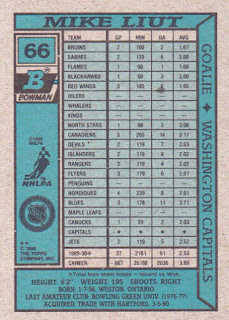 66 - Mike Liut - goalie breakdown have how many times he played against the team, total minutes, goals allowed, and average. Liut stats were combined totals from his time with Whalers (now Hurricanes) and Capitals. 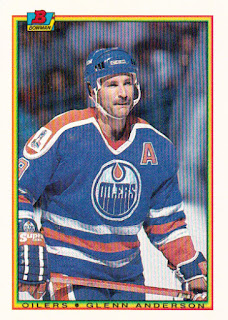 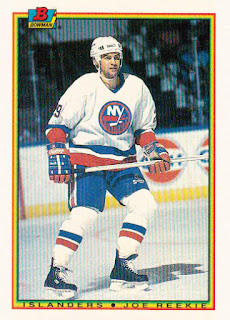 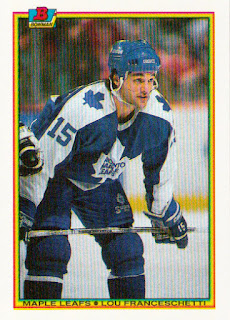 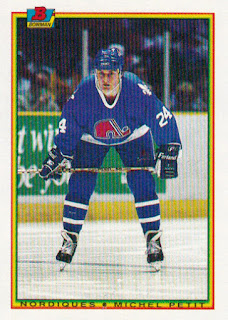 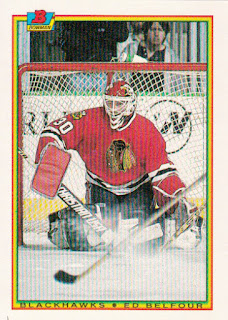 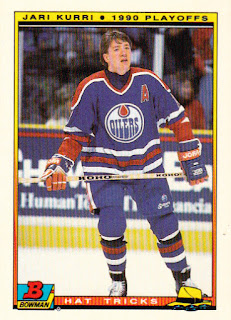 19 (out of 22) - Jari Kurri - Bowman insert set featuring players who scored a hat trick (3 goals in a game) during 89-90 season. I got the entire insert set from Fairfield repacks. Kurri scored his in a playoff game. 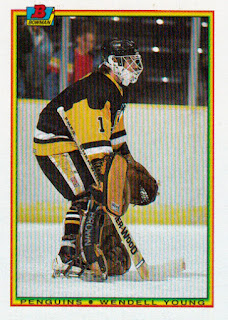 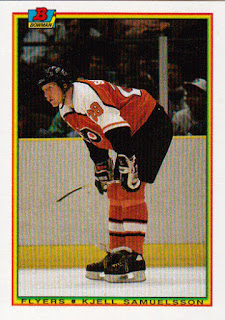 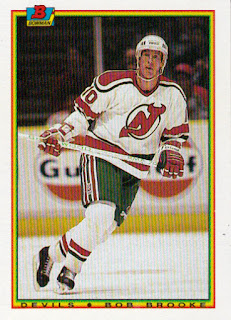 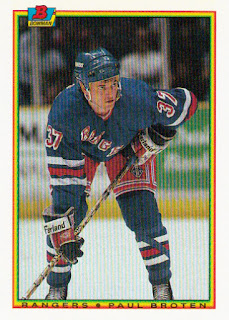 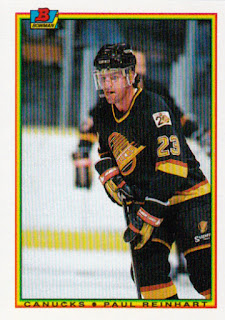 60 - Paul Reinhart - this photo looks like when I try to take it at hockey game: off center 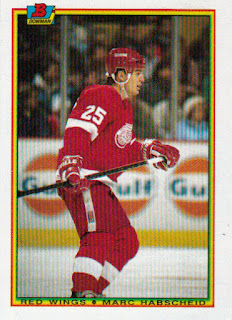 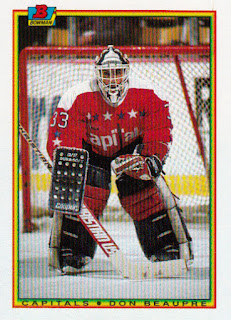 Topps pretty much had dud year especially with overproduction of this set. At least O-Pee-Chee (same design; more cards) got a better card stock than Topps. Bowman would stick around with hockey with their final set in 92. Their final set is hard to find when it was rumored only 2000 cases were made due to low orders from dealers. My bonus is the pack's 30 year old stick of gum.

Although I have a fondness for the set, it's easily the worst hockey set of 1990-91. Photography is subpar, a lack of rookies and not a single subset. I do appreciate that they tried something different on the backs.

I think I have a 1995-96 Bowman Hockey set some where. I loved this set when it first came but eventually thought it was boring over the years, now it feels kind of nostalgic.

1990-91 was a great year for hockey card designs... but Bowman was my least favorite. It's not terrible, but it's not great either. And John is right... they definitely produced a 1995-96 Bowman hockey set. Wouldn't be surprised if you found those in a lot of Fairfield repacks too.