Written by cynicalbuddha at 8:10 PM
I stopped into my LCS, Boscos, this afternoon after work mainly to check out new comic book day.  But there wasn't a whole lot going on so I headed over to the sports card department and decided to sample a couple packs of the new Donruss Optic.  I wasn't expecting a whole lot, but this might be the best two random packs I've ever opened.  Since there are only 4 cards per pack I figure I'd share both packs with you. 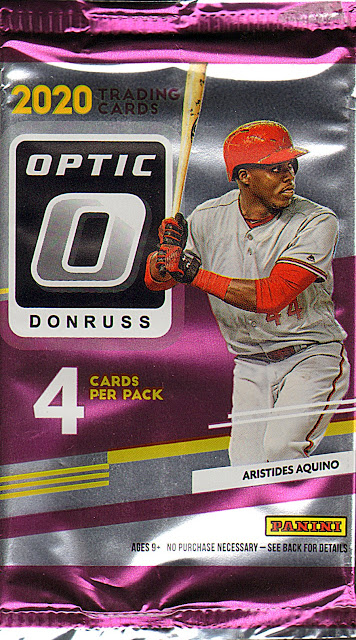 Lot's of parallels and shiny inserts.  I like the inserts in this set much better than prizm.  They have more color and just look nicer.

Let's start with the first pack.  First up is a Diamond King of some guy named Tatis. 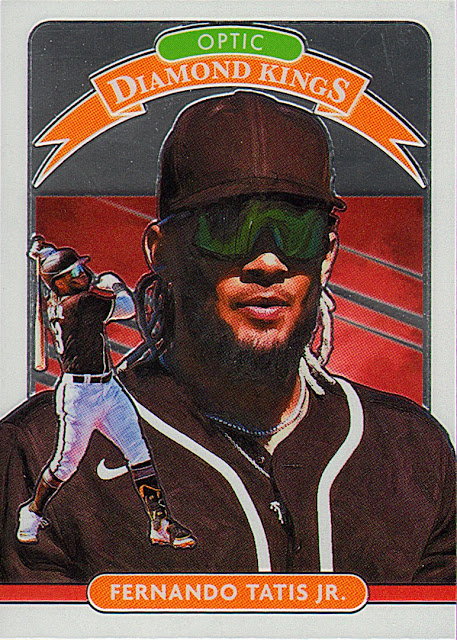 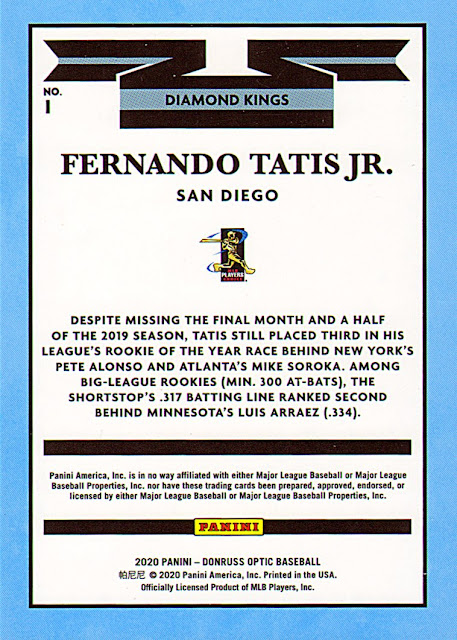 Then a base Rated Rookie of another second generation MLBer. 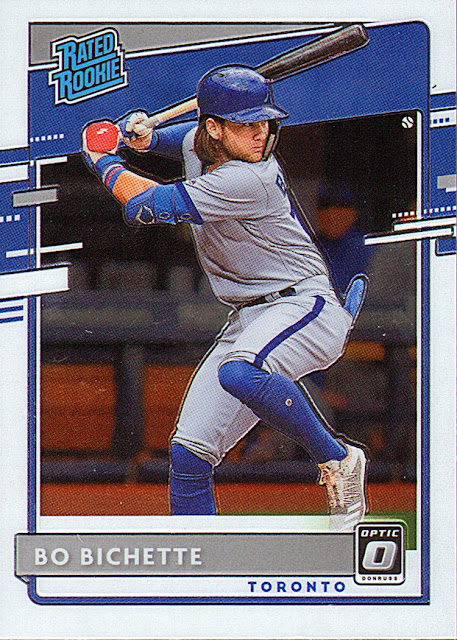 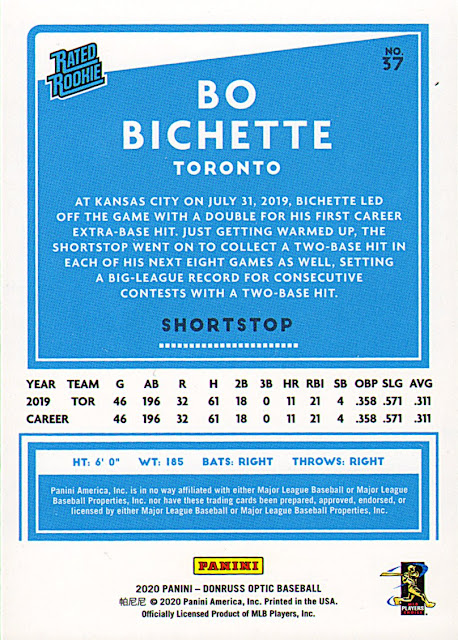 And a really nice looking Stained Glass insert of Torres.  This one's going in my type collection. 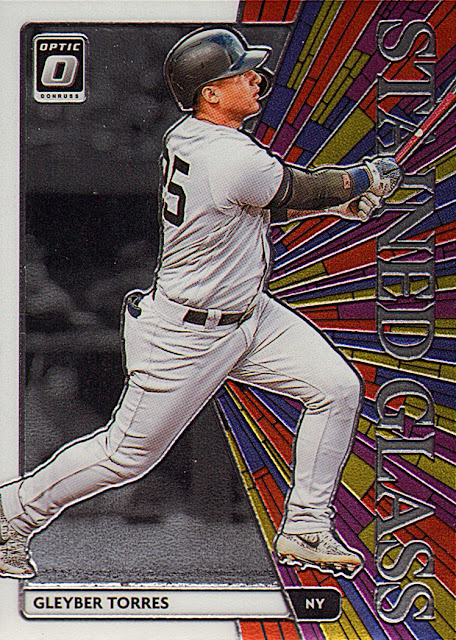 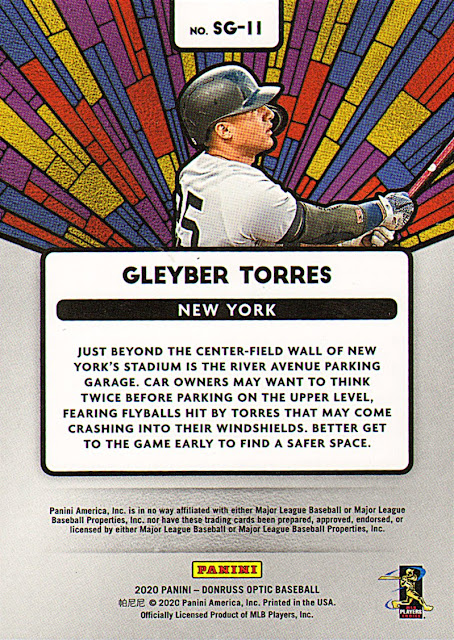 I was also pleasantly surprised to see this in the middle of the pack. 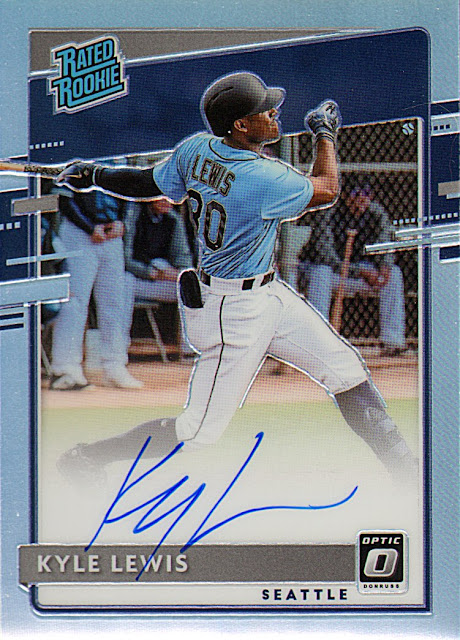 Not too shabby an on card Kyle Lewis Rated Rookie auto, yes please. 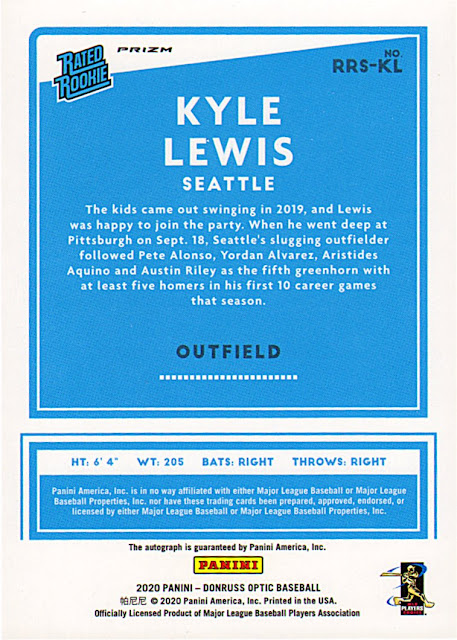 That was a pretty darn good pack, but my second pack was the one I enjoyed the most.
First out of the pack was this Trey Mancini Diamond King.  I've been passively collecting the vintage and modern Diamond Kings sets so getting two from this set is great for the PC. 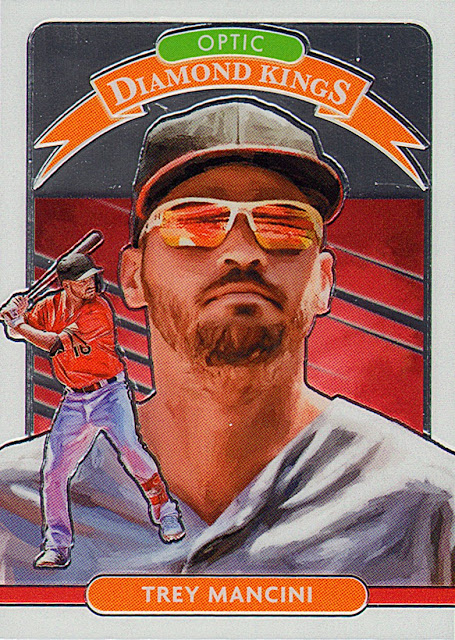 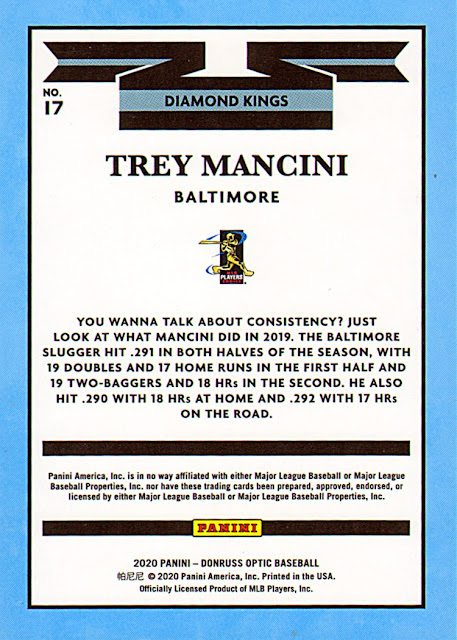 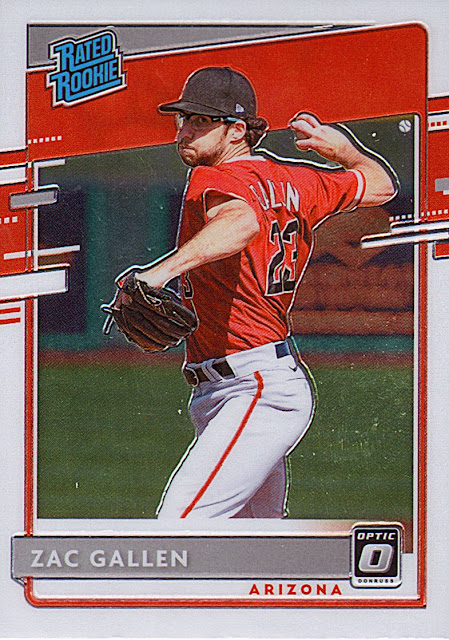 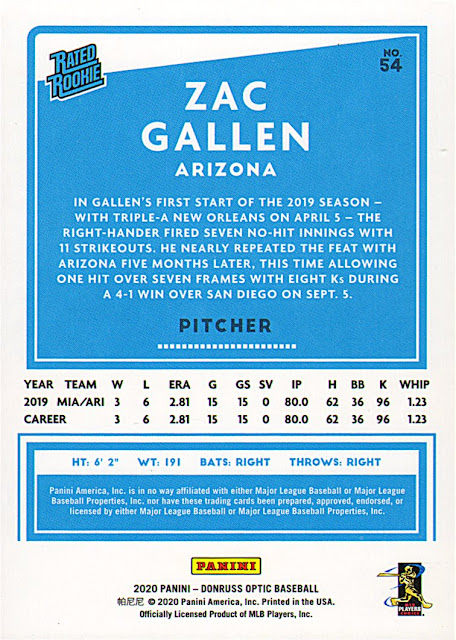 The next card was a total surprise, mainly because there are only two autos per hobby box and while possible it's unlikely I'd hit both out of two random packs, but low and behold this Retro 86 Shun Yamaguchi. 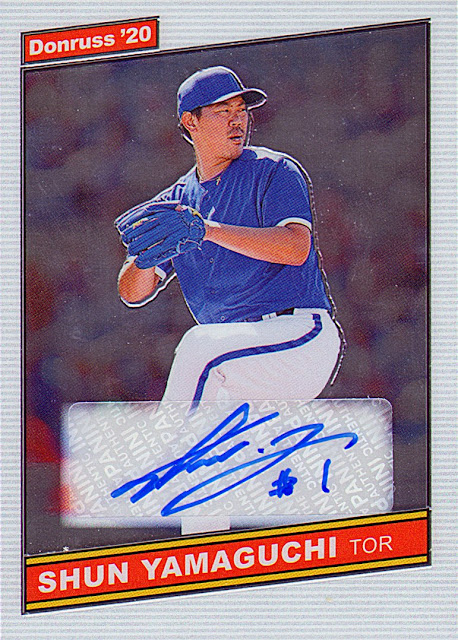 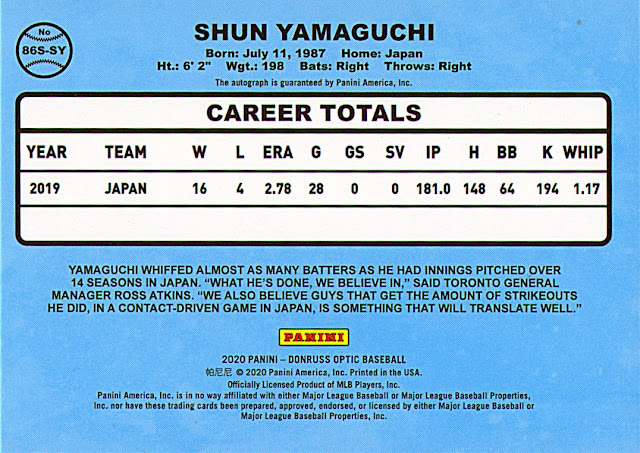 The card I was most stoked about pulling was really the one card I really wanted and that was this Retro 86 insert of Robin Yount.  It's incredibly rare that I hit a card that goes into my #1 Player Collection.  So yes I hit two autos but pulling Robin's insert card made it even better. 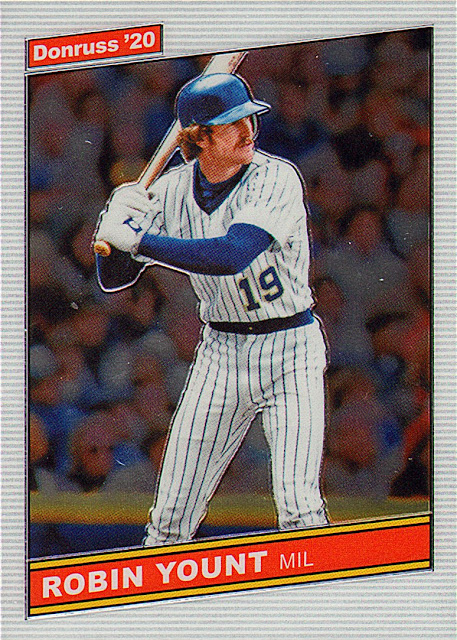 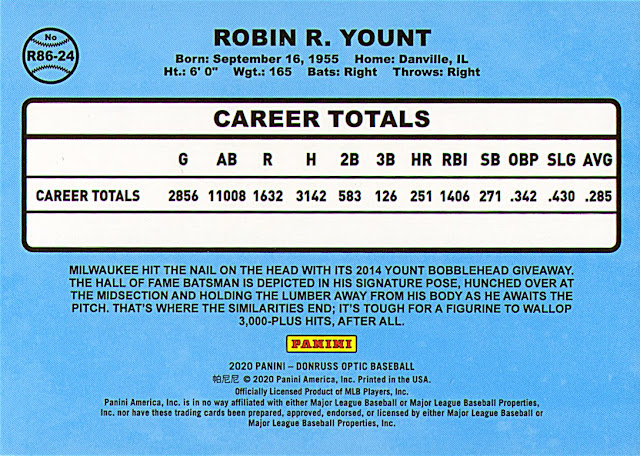 Congrats on the back to back autos!

With no logos permitted why not just use a headshot of the player without a hat for the Diamond Kings? It's the bigger picture and most of the picture is then blank...... IMO these would look better that way. either of autos available for trade? LMK.