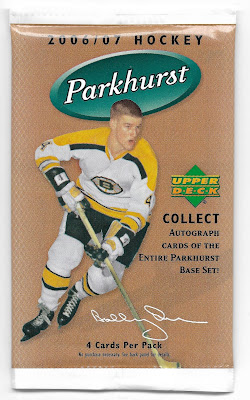 This is one of my all-time favourite sets, even more so if you get a hobby box.  Hobby packs are 6 cards, retail packs are 4, and you have better chances at autos.  Every card in the set has an autographed version.  The base set is 160 cards of retired players and then there are 90 numbered, to about 3000, Captains or Enforcers cards combined.  There are no other inserts or subsets.  Some cards have black and white pictures.  The player selection is varied.  It's not all superstars and even includes some fringe players.  Although sometimes, it seemed like Parkhurst looked around for old guys who were still alive and physically able to sign several hundred cards or so. 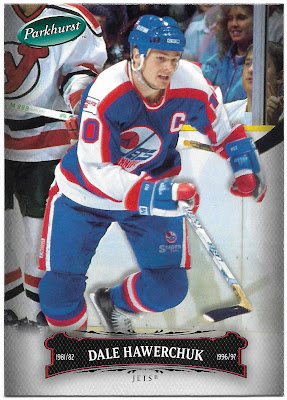 Hawerchuk is often overlooked since he played in the time of Gretzky and played in the same division as #99.  In the eight seasons Hawerchuk and the Jets made the play-offs, they faced, and lost, to the Oiler six times.  They lost 22 out of 26 play-off games against the Oilers. 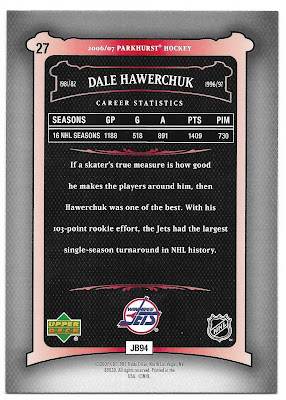 The backs include a single line for NHL career stats.  No WHA stats.  There is a brief five line bio of the player and a team logo on the bottom. 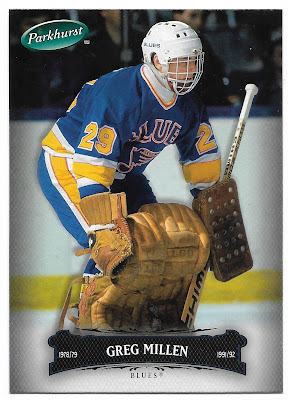 Greg Millen led the NHL in losses three times and finished 2nd during a five season stretch from 1980 to 1984.  he is 20th All-time for career losses, and 81st for wins. 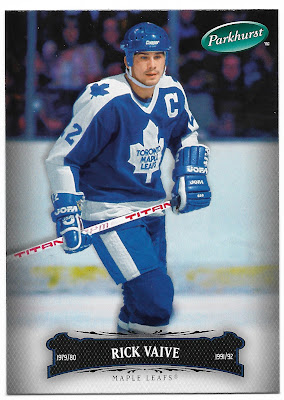 Rick Vaive scored 50+ goals three straight seasons for the Maple Leafs and holds the team records for goals in a season, 54. 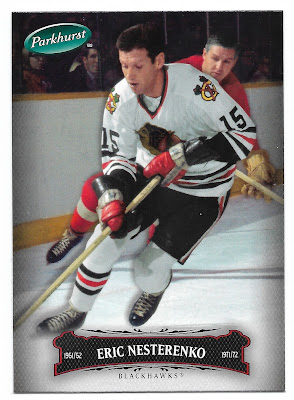 Eric was a student-athlete.  In 1956, he attended Toronto University during the week and on the weekends played for the Chicago Blackhawks.  I stocked shelves on the weekends in a grocery store while I was in school, how about you?

I worked at a card shop and a preschool while I was in college.

I wonder why they consider this O'Ree card to be his rookie. He has a card in the 1997-98 Beehive set (as well as an autograph). Maybe because it's oversized.

Fuji you are right. I got that info off a website but when I check my Beckett I see the Beehive labeled as a rookie and the Parkhurst is unlisted.