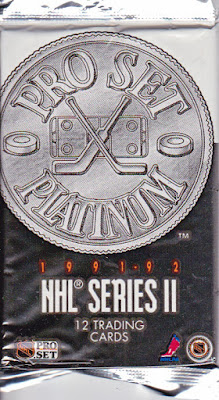 Pro Set comes out with a glossy brand to counter Topps Stadium Club and called it Platinum. The set is split in two series. This is series 2 featuring cards 151-300. Who are the 12 cards? 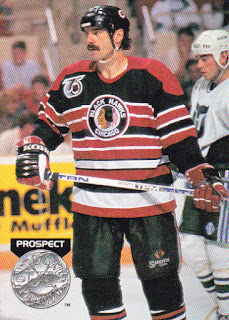 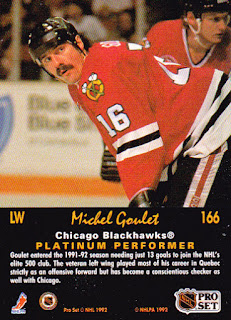 166 - Michel Goulet - in Pro Set fashion they slapped "Prospect" on a 14 year veteran. They never corrected it. He played two more seasons before call it a career. Went in the Hall of Fame in 1998. Great looking card of him wearing Blackhawks throwback. No stats on the backs. Just mention of a player's highlights. 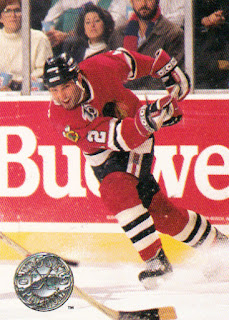 164 - Brent Sutter - one of six Sutter brothers in the league. Went on become a coach 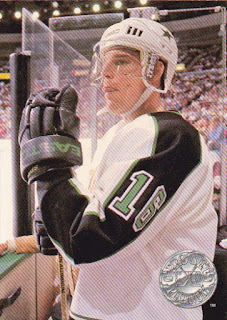 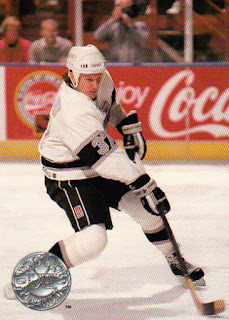 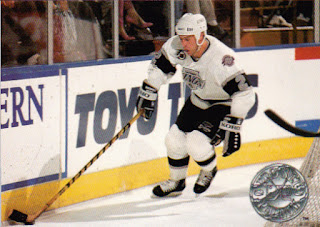 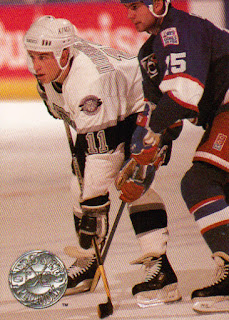 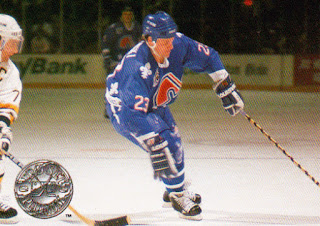 220 - Greg Paslawski - this is one of those cards where darkness in the background worked. The light shines on the player. 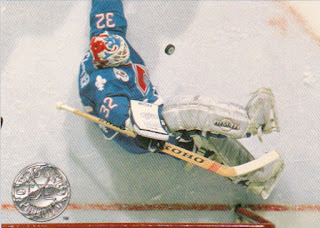 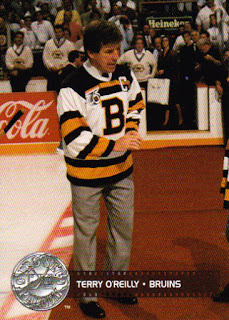 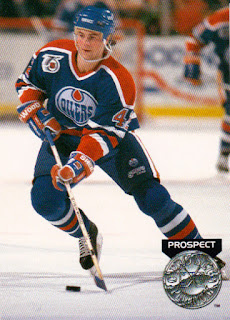 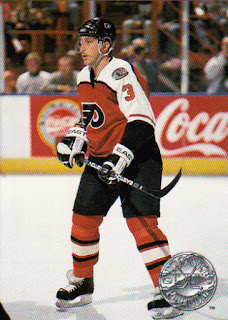 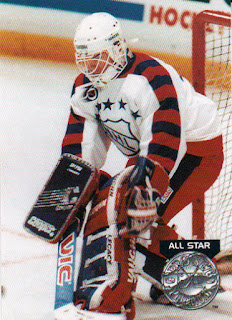 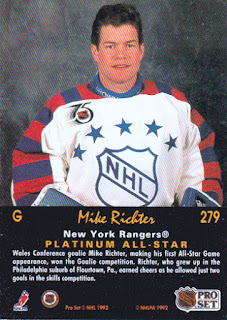 The set got good photo selection. You can easily find a box to your disposal.

I think the name Pro Set and the fact that they printed so much of this stuff counts against it, but looking back on the set now there are actually some really great, crisp photographs here.

I opened up a lot of this product trying to build the San Jose Sharks team set... as well as pull some of those PC inserts.

Good looking set. I always enjoyed the Football version. These are sharp even though there is zero player/team info on the front. A few good action shots including the Suttter card. Fun post.