Written by Rebel Coyote at 6:45 PM 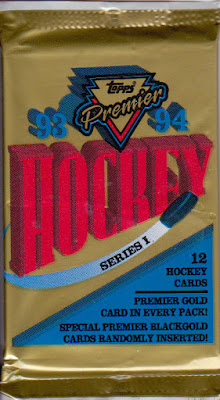 Who's enjoying playoff hockey? The five overtime game one of Blue Jackets and Lightning few days ago or can Blues defend the title as they take on Canucks or can Trotz lead Isles over his previous team Capitals? Topps decide to slap the name Premier on their main hockey set. It was few gimmicks they tried for a year before sticking back to just Topps. This feature cards 1-264 with 12 cards in a pack. 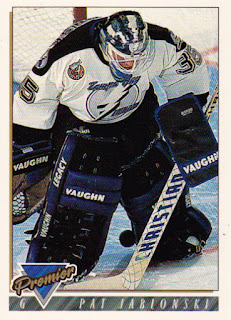 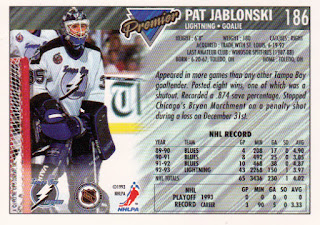 186 - Pat Jablonski - he better get down to the knees quick and stat. He played the most games in goal for then expansion Lightning team. At least they played better than Senators that year. 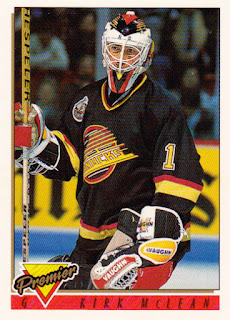 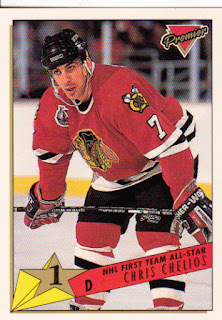 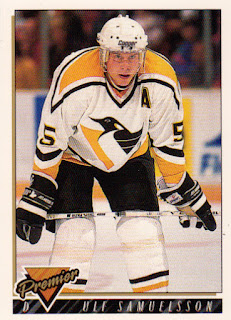 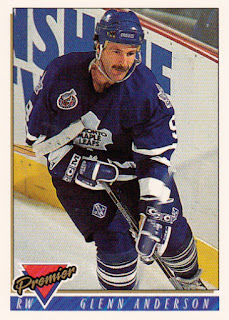 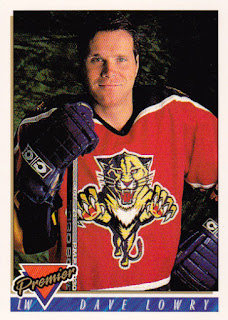 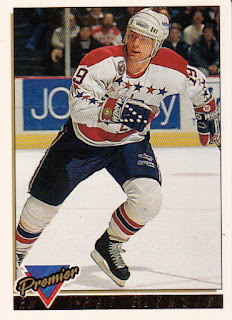 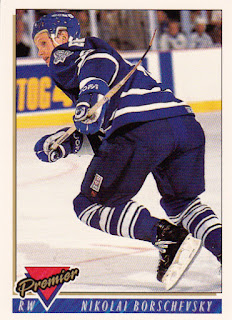 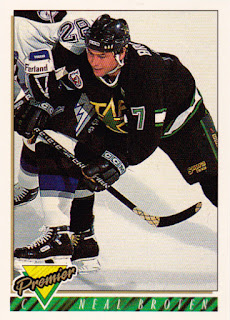 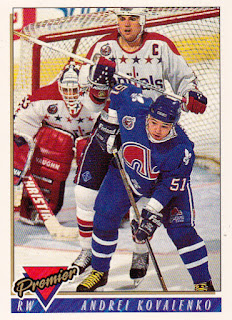 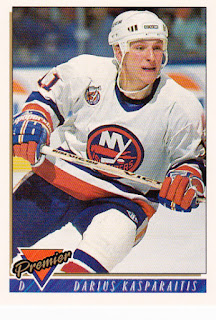 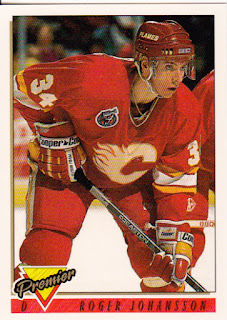 Back to watching playoff hockey.

I picked up some packs of these hockey cards at a local flea market. For an older issued card, I got some really nice cards.

I need to get some of this set, although I would prefer the OPC version, which is looks exactly the same except for the French on the back.