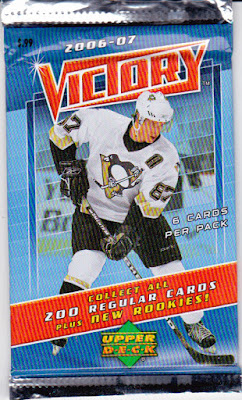 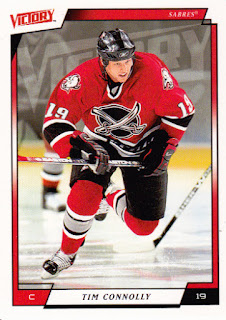 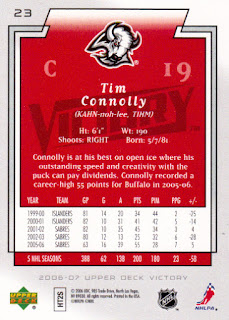 23 - Tim Connolly - team colors lined the borders and the back of the card. That Victory backdrop is an eyesore. 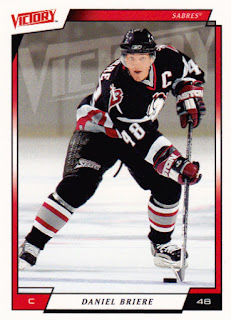 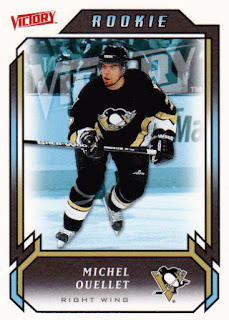 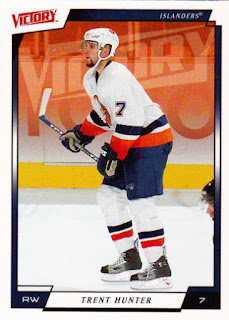 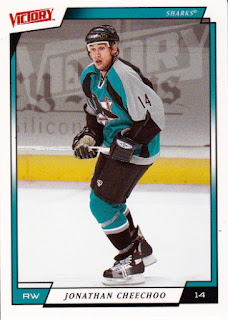 166 - Jonathan Cheechoo - after career year (56 goals) his production fell quickly before spending remainder of his career in the minors and Russia's KHL. 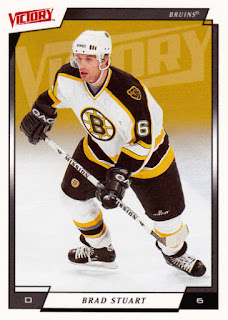 Man... Sharks fans will forever remember Cheechoo. Thornton was setting him up for everything that season. Good times.

Back to back Sabres! I never liked the red heavy jerseys, but preferred their crossed sabres logo over the black uniform's buffalo head.