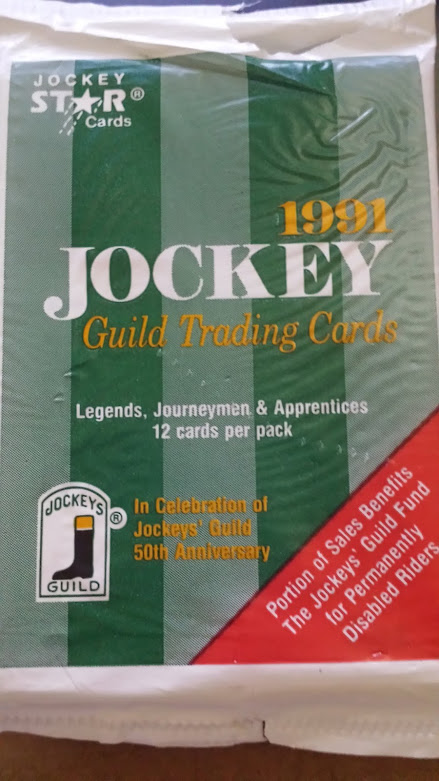 To mark this unusual occasion, here's a pack of jockeys.  I found it at the LCS back on National Baseball Card day going through their big old green tub of packs.  I didn't think there was demand for a card set for jockeys, but this is from the 1990's.
Here's what I got: 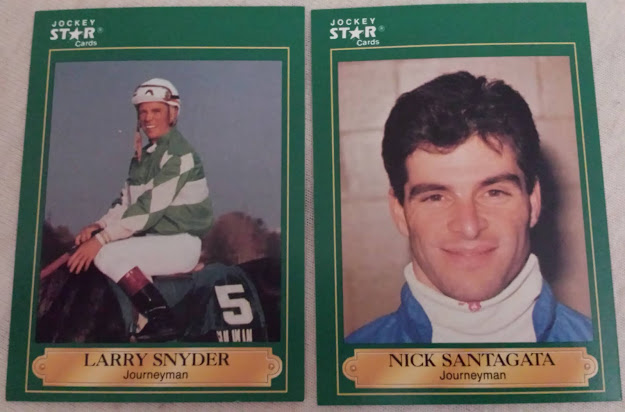 #185 - Larry Snyder
#174 - Nick Santagata
The cards don't look too bad for 90's sets.  Solid green border with a nameplate.  The backs have a solid write-up of the jockey's career up to that point, as you'll see at the end of the post. 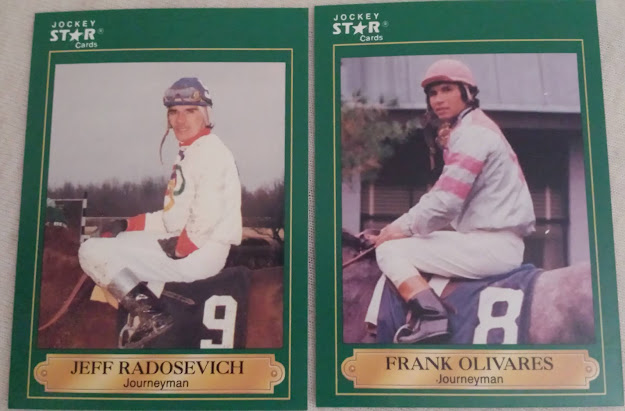 #163 - Jeff Radosevich
#152 - Frank Olivares
I'm not sure why the jockeys are listed as Journeymen.  I'm assuming they are essentially riders for hire, as if they would wind up walking the Earth "Kung-Fu" style looking for an owner who'll pay them to ride. 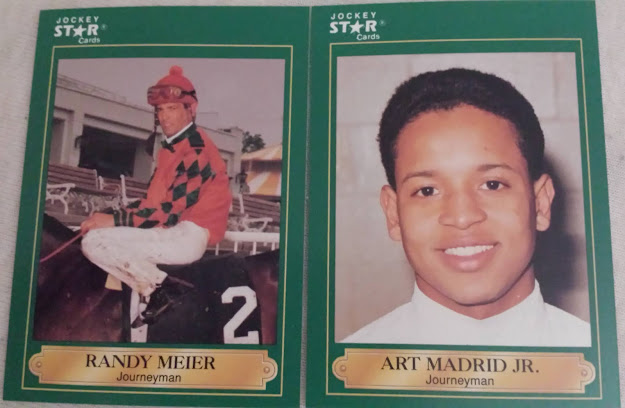 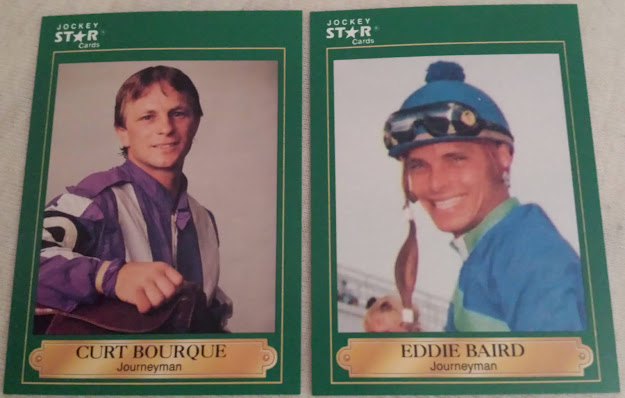 #47 - Curt Bourque
#36 - Eddie Baird
I kinda sorta remembered Baird but I didn't remember how so I looked him up.  Here's why I think.  It must have made the sports talk radio at the time. 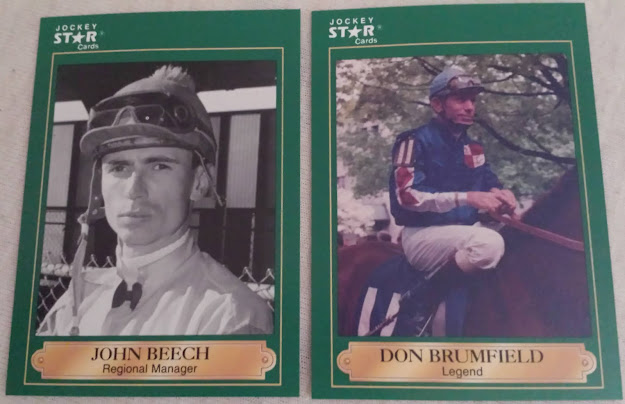 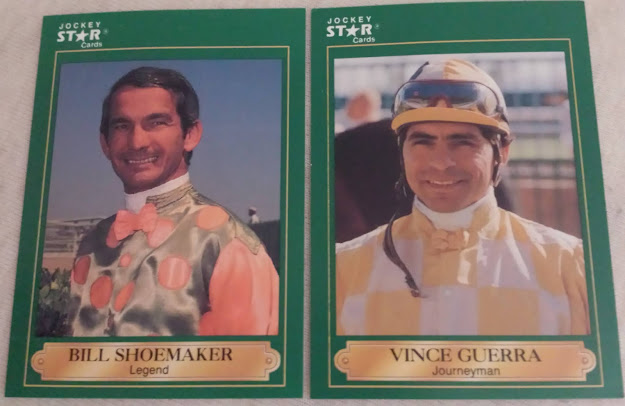 #3 - Bill Shoemaker
#101 - Vince Guerra
Hey a name I at least heard of in Bill Shoemaker (I was really stretching on the Eddie Baird one).
Here's some card backs.  As mentioned earlier, it's pretty good; you get a multi-paragraph bio, as well as recent / career stats: 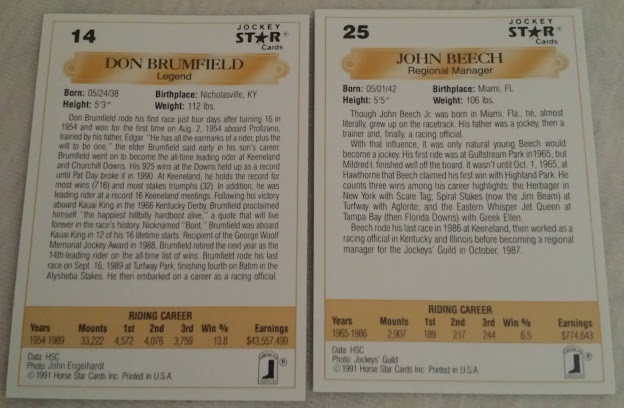 I knew the jockeys were short, but I didn't think they were barely over 100 pounds!
Anyway, that's the pack.  This will get filed away with the other miscellaneous one-and-done packs, purchased just for you guys.  Ah, the things done for APTBNL!
Be safe this weekend, and thanks for reading!

I guess we'll know when card collecting has again become a bubble that's about to burst when we get a new set of jockey cards.

Been flipping through a 1992 issue of Tuff Stuff and it's been fun seeing all of the different types of card sets available. I'm pretty sure I saw this set available for purchase in one of the ads.

These were hyped big back in the early 1990s! Interesting set...back when they were making trading cards of everything!