Written by Rebel Coyote at 8:54 PM 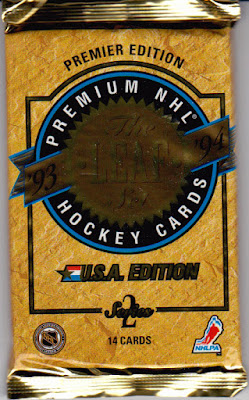 Dallas Stars defeated Las Vegas Knights in OT to move on the Cup finals. Waiting for the other half to be decided let's open hockey cards. In 1993 Leaf put out one of best designed sets first with baseball then with hockey. The back of the card shows the player in front of backdrop of a city landmark. With that in mind I'm going to post the front and back of the cards. I posted a pack of series 1 about 6 years ago. Now I'm here with series 2. Carefully on opening due to the UV coating causing the cards to brick up. You can stick the packs in the freezer then hammer the packs out with your fist on palm of your hands. It might help. 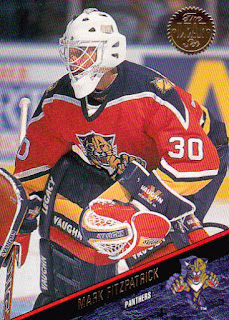 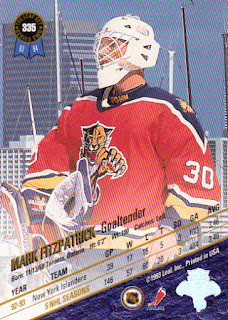 335 - Mark Fitzpatrick - like almost all of series 2 cards players wearing jerseys of their new teams. Mark played for Islanders the previous season before getting drafted by then-expansion Florida Panthers. The back shows Miami coast. I prefer showing beaches instead yachts. 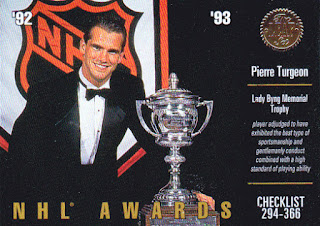 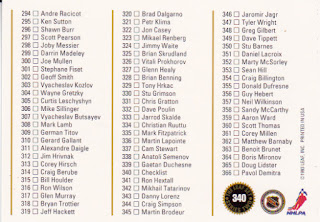 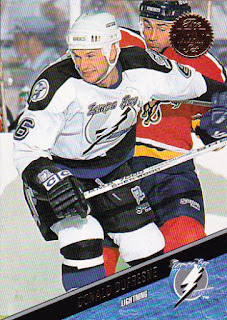 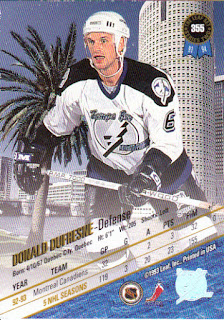 355 - Donald Dufresne - welcome to Tampa where the palm trees sway. I wonder which game this shot was taken since Lightning and Panthers played each other three times in October. 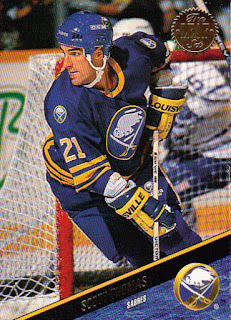 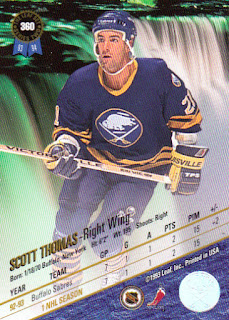 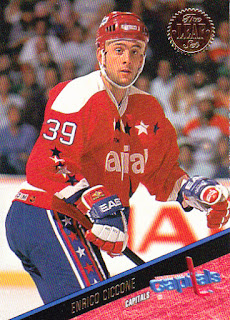 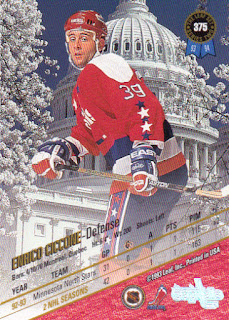 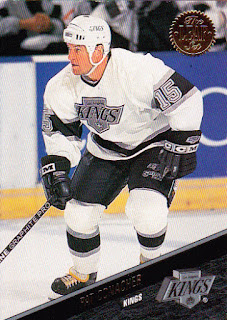 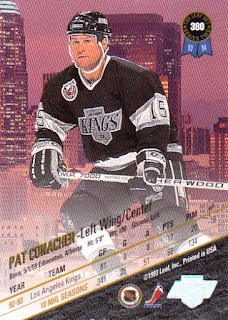 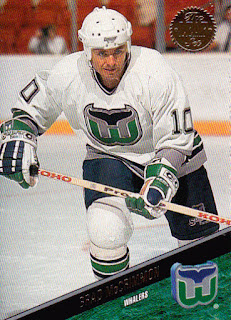 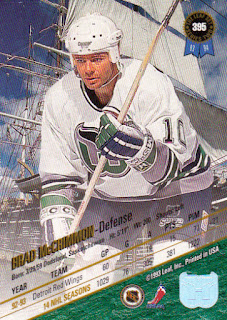 395 - Brad McCrimmon - there's a ship on back of the card. This card is sad. McCrimmon was the head coach of KHL Lokomotiv team in 2011. He and the entire team perished in a plane crash nine years ago. 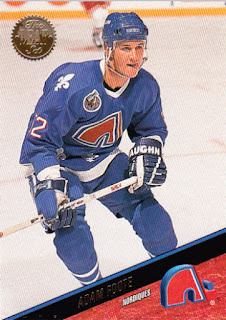 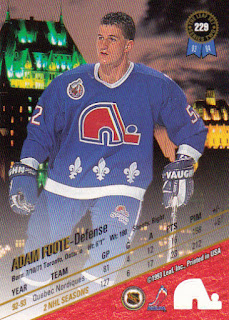 229 - Adam Foote - night falls on Le Chateau Frontenac. Foote is one of Nordiques/Avalanche best all-time defenseman. The team retired his jersey in 2013. 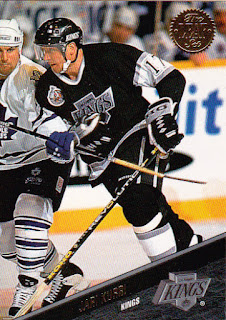 240 - Jari Kurri - Multi-time Cup winner, All-Star, and a Hall of Famer. Currently GM of KHL Jokerit team. If you haven't heard of what's happening to Jokerit so far they are having a strange early KHL season journey. Summary here and there. Back of the card is same of Conacher. 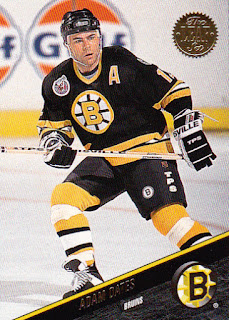 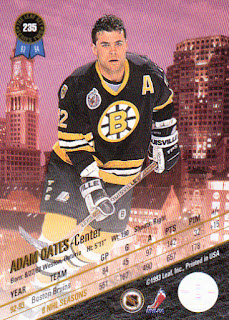 235 - Adam Oates - Boston night time with Boston Clock Tower on the left. Another Hall of Fame player in this pack. 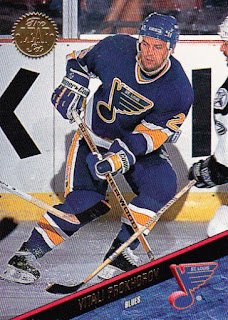 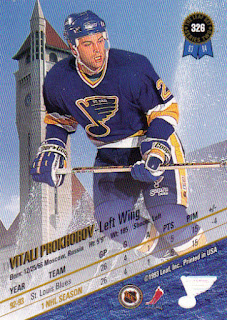 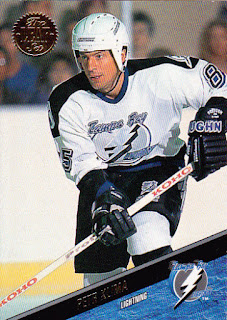 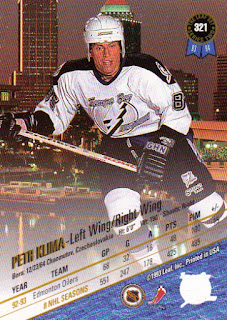 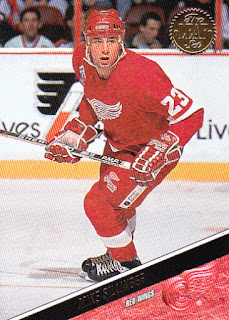 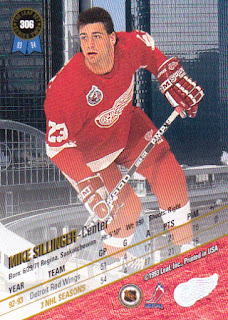 306 - Mike Sillinger - skating in front of the Detroit rail. 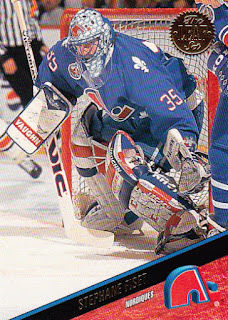 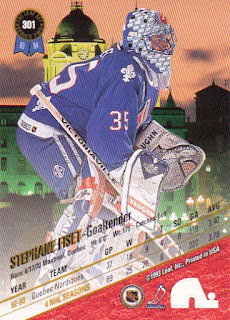 Another fun Leaf pack. Interesting enough Gretzky (yes The Great One) was packed in series 2 as well Eric Lindros (his cards was hot at the time) and Dominik Hasek. Mario Lemieux was featured guy on that year's set. His Mario Collection insert card 6-10 are in series 2. It's enjoyable set. Like I said if planning to opening the packs carefully on peeling it or stick it in the freezer for few hours.

I like the card backs, but was bummed to see that none of the Sharks cards I've seen has photographs of San Jose. Their backs feature redwoods (possibly Muir Woods) and snowy mountains (I'm guessing the Sierra Nevadas). Guess San Jose doesn't have any landmarks that are interesting enough.