I'm not really a football collector, so this is probably the first time I've bought a current year football card pack in well over a decade. I basically only collect Oregon Ducks cards. However, it's rare that you see any sports cards available at retail these days, so when I saw a new football pack I grabbed it. Since I barely pay attention to the NFL, I'll play a game of "have I heard of this guy or not?" with these. 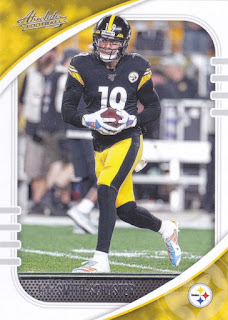 53 - JuJu Smith-Schuster - I've heard of him! Maybe it's because his name is JuJu? 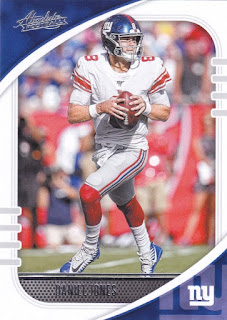 11 - Daniel Jones - I've heard of him! He took over for Eli Manning, and if you're going to have heard of anyone on a team, it's probably the quarterback. 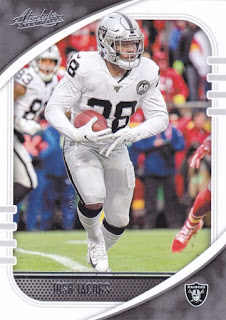 34 - Josh Jacobs - I have not heard of him, but it looks like he had a great rookie season. 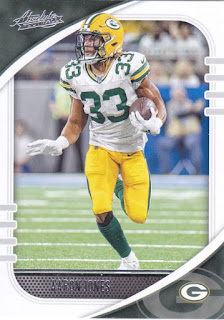 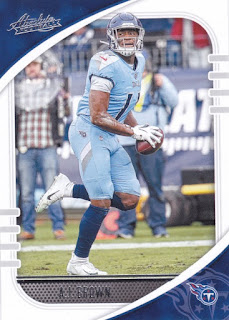 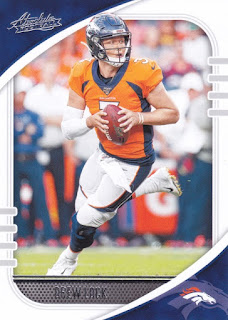 45 - Drew Lock - I have heard of him! I'm not really sure why. I think it's the starting quarterback thing again. 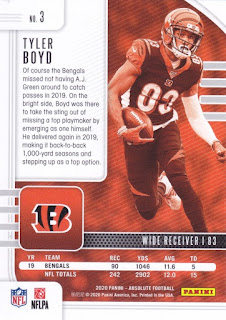 3 - Tyler Boyd - I have not heard of him. Here's what the backs of these cards look like. 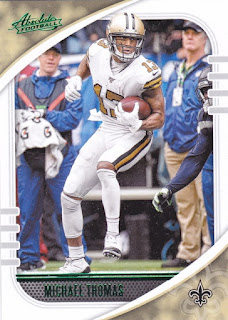 71 - Michael Thomas Green - I've heard of him! Despite his boring name, I'm pretty sure I know who he is. This seems like a retail only parallel. 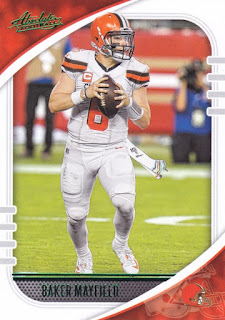 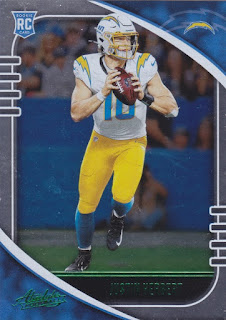 167 - Justin Herbert Green - I've definitely heard of him! Herbert was pretty much the only card I was looking for in this set, and I managed to actually snag a parallel version. 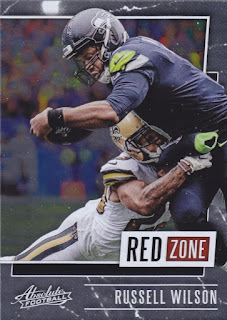 RZ-RW - Russell Wilson Red Zone - I've heard of him! He's one of the biggest names in the game, of course. I actually knew who he was before he went pro, as my Ducks took care of his Wisconsin team in the 2012 Rose Bowl when he was really hyped. 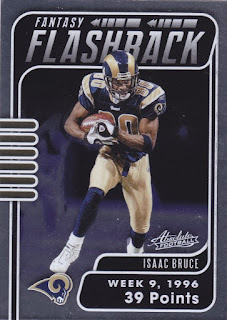 FF-IB - Isaac Bruce Fantasy Flashback - I've heard of him! In fact, I'm really bothered that Bruce's photo is obviously not from 1996 as the Rams didn't wear gold until much later. 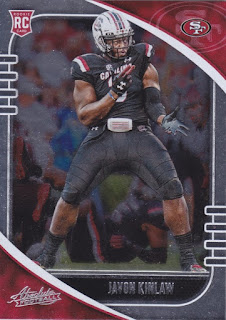 152 - Javon Kinlaw - I have not heard of him. It looks like all of the rookies are on foil covered stock. 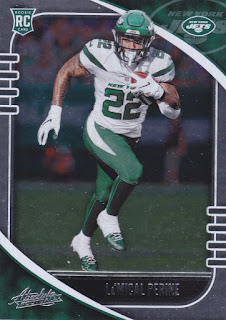 176 - La'Mical Perine - I've heard of him! Well, sort of. I think it's because I accidentally left a Jets game on the TV the other day. 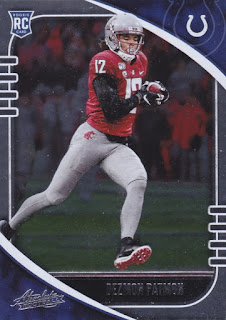 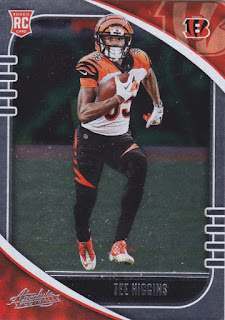 190 - Tee Higgins - I have not heard of him. I guess the rest of the pack is going to be rookies, so chances are slim here. 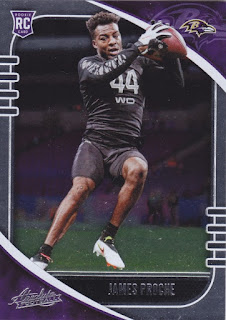 148 - James Proche - I have not heard of him. Proche sounds like some sort of dessert. 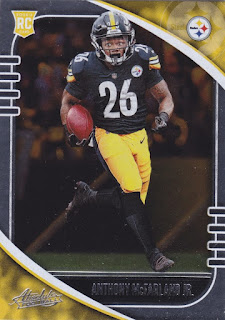 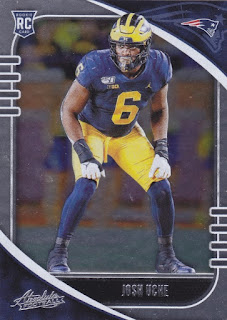 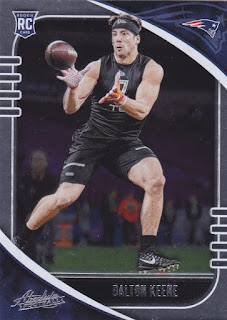 Awesome looking Juju card and Anthony McFarland rookie. As a Ducks fan, you may remember Juju from his days at USC.McFarland is getting more touches for my Steelers as the season moves along. If these are up for trade, I would be interested.

That Herbert parallel makes the pack and Russell Wilson is always a strong pull. I like the design on these this year. Good post.