Written by Jafronius at 1:34 PM

Hope everyone is doing well.  With the card bros intercepting the poor card vendors (4 were there the last time I worked at Target when the vendor showed up), it seems less and less likely that I'll be able to come across a retail pack of Archives in the wild.  Like many of you, I ain't buying packs from eBay, so in lieu of a retail pack, I decided to scan one of the packs from the blaster box I was somehow lucky enough to come across (when I showed up for a Target shift the day after the vendor was there, there was just one box of Archives left). 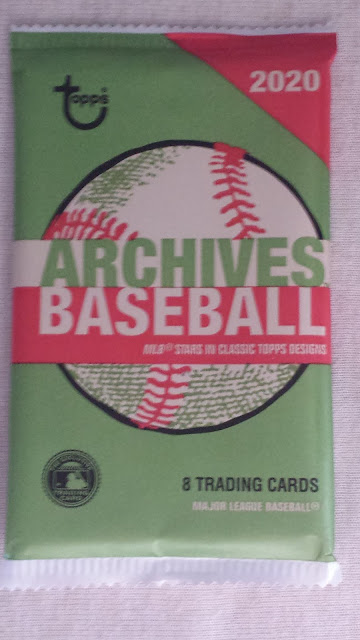 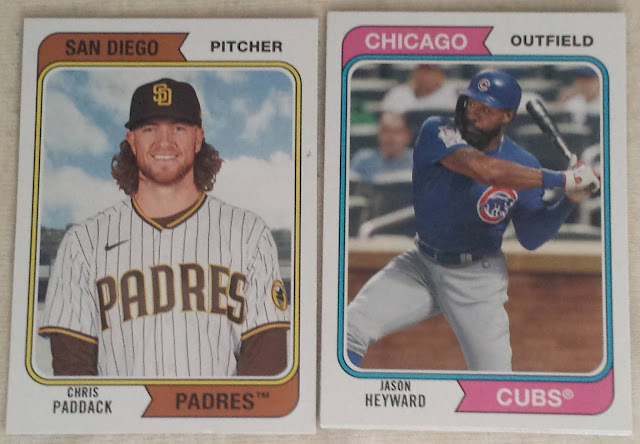 With all the rambling about trying to find packs in the wild, I had forgotten to mention the whole new Blogger thing.  Was Blogger always cool with taking in pictures directly from the computer?  I've been uploading the files to Blogger and then bringing them in all this time.  New Blogger also seems to think I reside eastern Australia.  Otherwise, I don't think I've had too many issues with using the new setup.

#135 - Yoshi Tsutsugo (RC)
#242 - Matt Olson
I jinxed myself once I typed about the lack of issues with new Blogger...it wouldn't let me drag Yoshi and Matt over to the post and I had to upload it the old fashioned way.
We move onto 2002 with the Olson here. 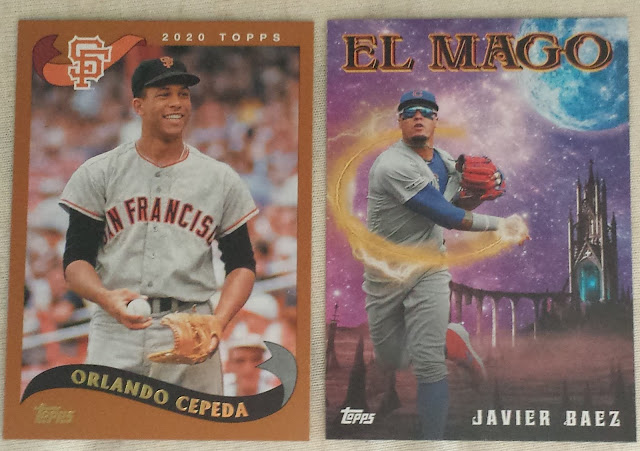 #212 - Orlando Cepeda
#313 - Javier Baez (Nickname Poster)
The Nickname Poster cards are 1 in 5 packs.  They appear to be universally liked in the blogosphere. 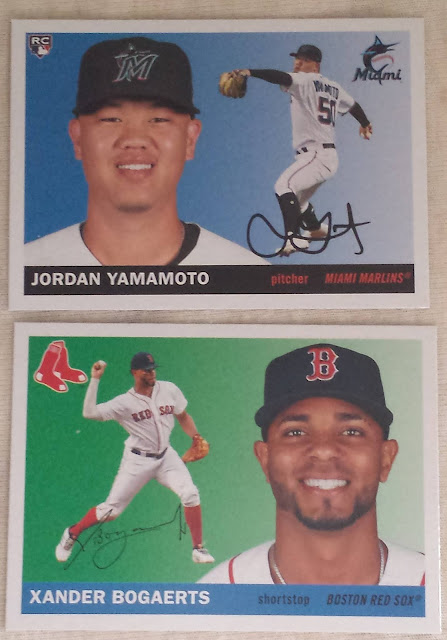 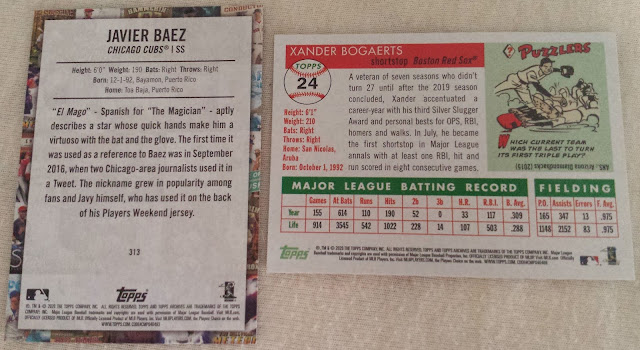 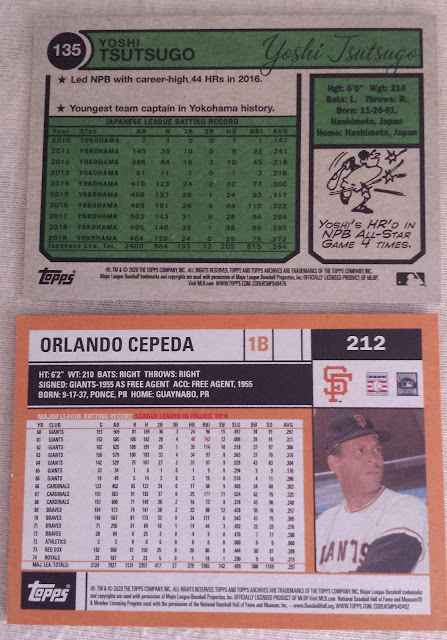 Anyway, that's the pack.  Hope everyone has a great Thanksgiving, and if you're out shopping on Black Friday, be kind and respectful to those retail workers.

That Cepeda is GORGEOUS! Terrific photo of a legendary player.

That Baez card is pretty fantastic in an over-the-top sort of way!

I agree with Brett. That photo of Cepeda is nice.