Here's another Panini release that came out in the latter part of their basketball release cycle. For the second straight year, Panini offered a retail version of their typically higher-end Select product, with the caveat that all of the base cards are blue instead of silver. Here's a hanger pack that I picked up recently. 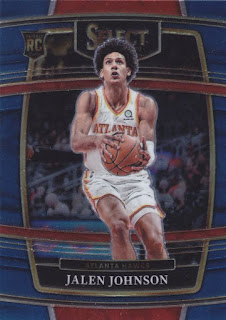 17 - Jalen Johnson - This is the "Concourse" design that comprises the non-short printed portion of the set. Johnson has a regular bench role in his second season with Atlanta. 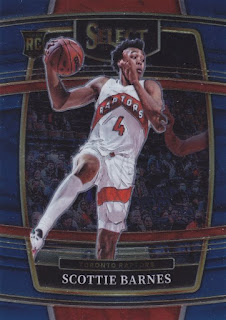 74 - Scottie Barnes - Here's last season's rookie of the year. If you're wondering how this can still be a RC when this was released recently, it's because Panini really is that far behind. (To be fair, the new 2022-23 Hoops set finally dropped this week.) 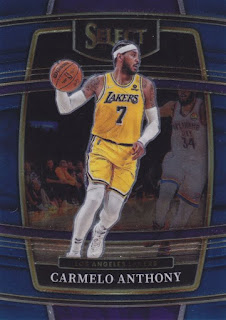 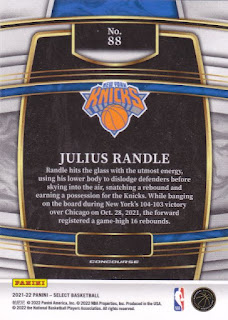 88 - Julius Randle - The backs are typical of late period Panini products. Boring, no stats... who cares about card backs, I guess? 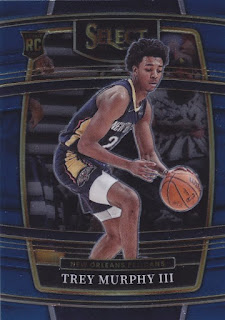 46 - Trey Murphy III - Another rookie card, Murphy is a 3 point shooting machine, with a name that practically forced that to fruition. 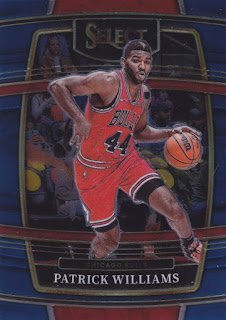 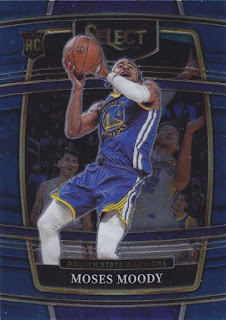 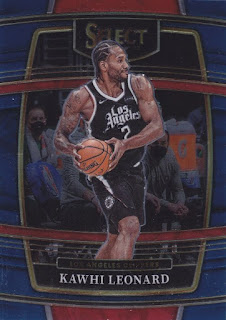 20 - Kawhi Leonard - Here's one of the oft-injured Clippers superstar.

77 - Jayson Tatum - Tatum is a St. Louis native and another one of the biggest stars in the game. 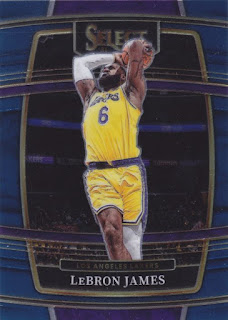 100 - LeBron James - Apparently this is the star portion of the pack. 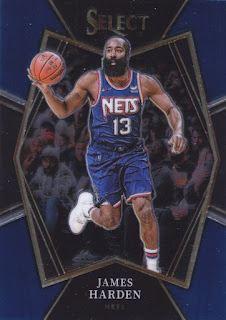 132 - James Harden - Ugh, this guy? This is a Premier Level card, which means it gets a different design and is more rare than the rest. 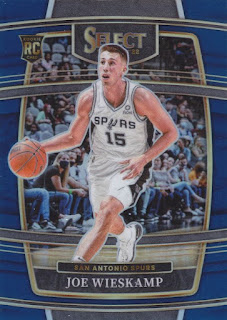 18 - Joe Wieskamp Blue Prizm - Wieskamp was a second round pick who didn't make it back to the Spurs this season. This is a Blue Prizm parallel, although when scanned it nearly looks the same as the base cards. 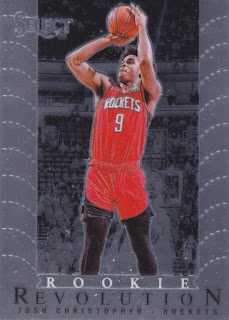 3 - Josh Christopher Rookie Revolution - This insert set has a weird design that reminds me of the '90s. 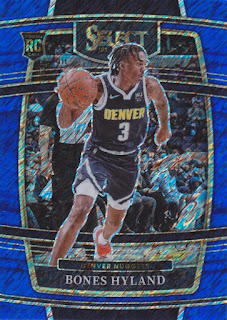 79 - Bones Hyland Blue Shimmer - Each hanger pack promises four cards that are either inserts and parallels, including the hanger pack exclusive Blue Shimmer cards like this one. Bones has one of the cooler nicknames in the league. 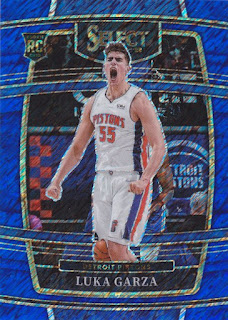 22 - Luka Garza Blue Shimmer - Garza was a big star in college but is still trying to find a foothold in the NBA. He's with the Timberwolves these days.