Written by Rebel Coyote at 9:40 AM 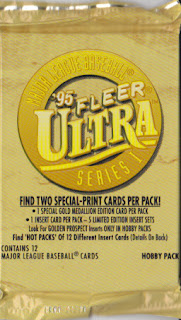 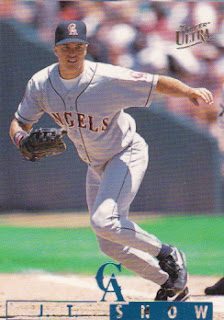 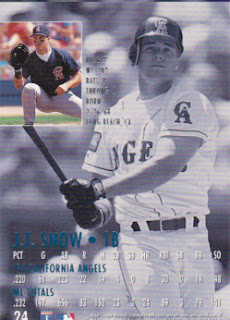 24 - JT Snow - a miscut card. They made good use of photographs. Who remember Allen Watson for JT Snow trade? 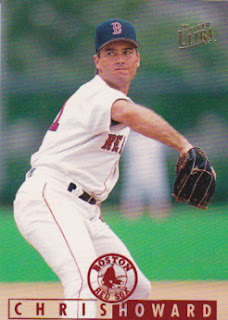 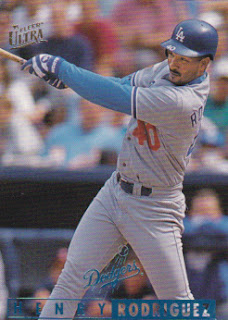 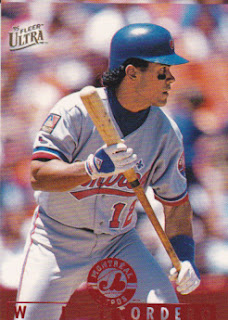 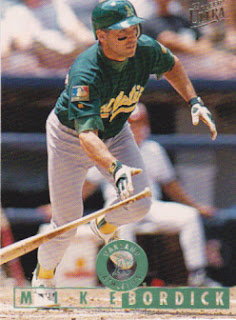 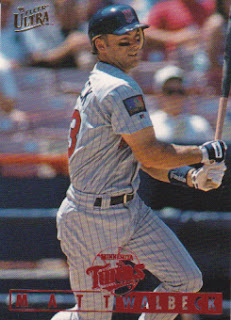 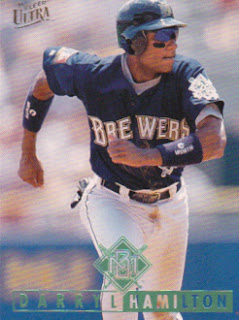 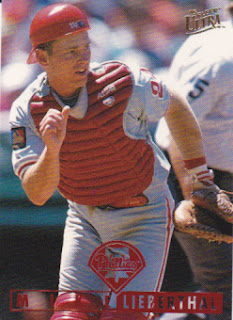 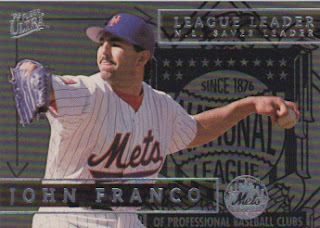 League Leaders 10 of 10 - league leaders insert card. This one feature John Franco who led the NL in saves that year. 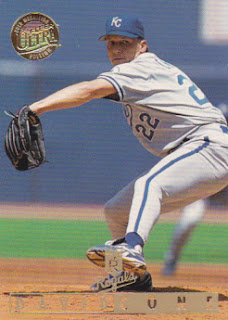 55 - David Cone - the gold medallion card of the 94 Cy Young winner. He would pitch a perfect game years later for the Yankees 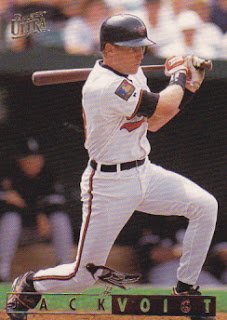 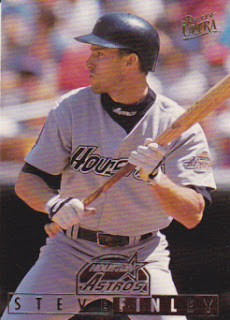 I think I actually need that Mike Bordick! lol

Oh yeah do I remember that trade. Nice miscut btw.

Four of those cards are miscut. YUM!!!!