Written by Johngy at 9:53 AM
The 1980 Topps baseball card set consists of 726 standard size cards. The subsets are Highlights of the 1979 season, League Leaders and Future Stars (multi-player cards).  The cards feature a facsimile player autograph (I hated these printed signatures). 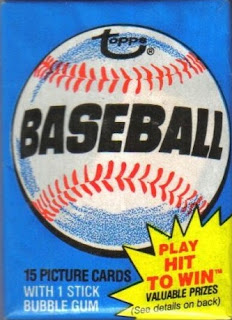 Bernie Carbo would split 1980 between the St. Louis Cardinals and the Pittsburgh Pirates.  These 21 games would be the last of his solid 12 year career. 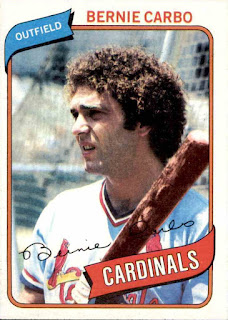 '
The backs featured an info cartoon.  I never really cared for these cartoons. 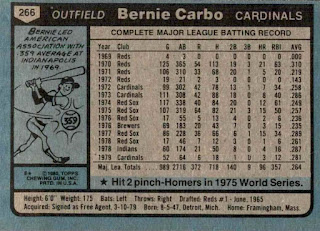 Dave Lemanczyk was traded by the Toronto Blue Jays to the California Angels after the 1980 season.  The Angels released him, ending his MLB career with a record of 37-63. 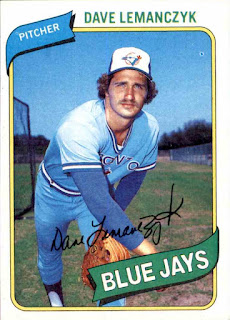 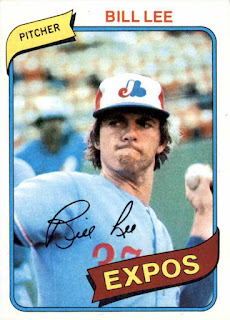 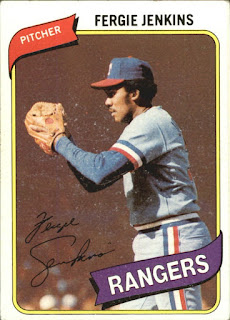 Pete LaCock was entering his last MLB season in 1980.  He would play in Japan for a bit.  This is one card I could not get as a kid collector. 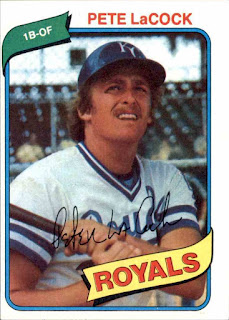 The 1980 season would be Ken Landreaux's last with the Minnesota Twins.  He would go on to have 7 more solid seasons with the Los Angeles Dodgers. 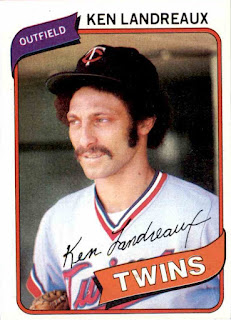 I love this action shot of Jim Kaat, but not with the New York Yankees.  Even years later, I still missed him on the White Sox.  Kaat would split 1980 between the Yankees and the St. Louis Cardinals.  Still with the Cardinals, he retired after the 1983 season. 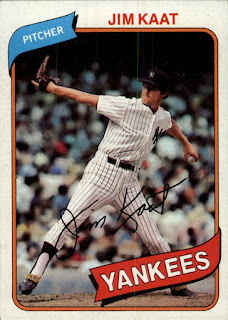 Dusty Baker was in the middle of an excellent 19 year career.  He would go on to win an NL pennant as manager of the San Francisco Giants, but I didn't do much with the Cubs. 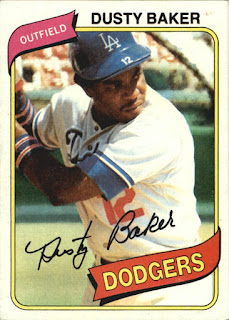 Don Baylor was in the middle of an excellent 19 year playing career.  He would go on to manage the Colorado Rockies and the Cubs (without much success). 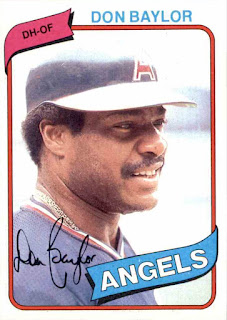 Mick Kelleher was one of my favorites and I remember getting this card right away.  The versatile (but light-hitting) Kelleher would finish his 11 year MLB career after the 1982 season. 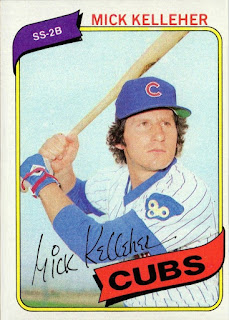 By the time this card was released, Gil Flores had played his last MLB game.  He finished with 121 hits over 3 seasons (1 with the Angels and 2 with the New York Mets). 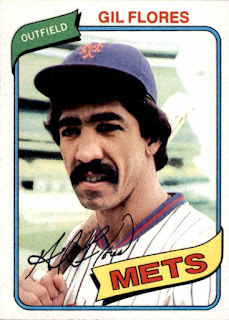 I never liked team cards as a kid.  I appreciate them more now.  The beautiful rainbows of the Houston Astros help that opinion. 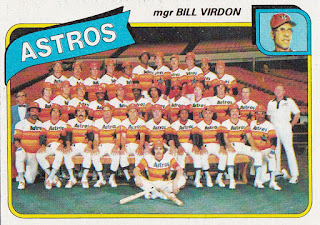 Whether stars or not, I loved these prospect cards.  Often times, they were the only cards of certain players.  Of these three, Guy Hoffman, with parts of 6 MLB seasons, had the best career.  Dewey Robinson pitched in 3 seasons and Mike Colbern played in two seasons, both only for the White Sox. 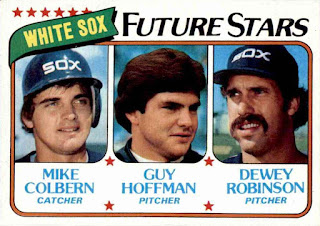 When this card was released, Roy White's 15 year MLB career was over.  With 1,803 career hits, White was an excellent player, who was often overlooked. 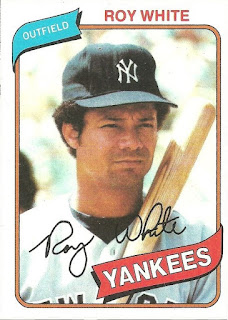 Craig Minetto was in the middle of a 4 year MLB career, all with the Oakland A's.  He went 1-7 over his career. 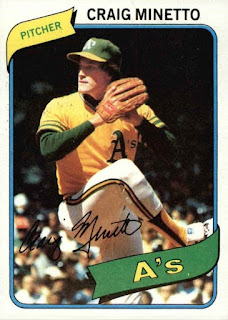 If anyone is trying to complete this set, shoot me a message. I have lots and lots of doubles to send you.

EP, how about one looking for upgrades?

James, yes, send me who you want to upgrade. Most are in pretty decent condition.

I think I got about 20 Pete LaCock cards that year.