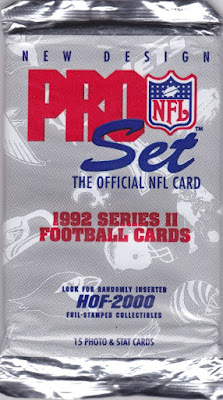 I have to confess that I actually have a huge soft spot for Pro Set football cards. Even though I still have a bunch of them occupying a larger than necessary space in my closet from my very brief foray into football cards, and even though they were worthless even by early '90s standards, there's something about them that actually makes me miss a time where I didn't have any negative things to say about the NFL. The excellent photography from the NFL archives stood out beyond anything anyone else did in football cards at the time. It's just unfortunate that they messed so many other things up along the way, leading apparently to their quick demise. I also stopped collecting football cards about as quickly as I started. This new series, new design concept for 1992 probably signaled the end of things to come. I was probably too busy playing Tecmo Super Bowl to notice. 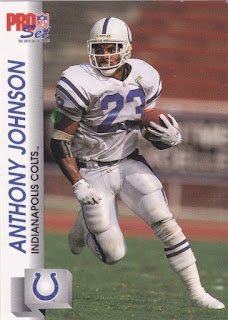 526 - Anthony Johnson - I think it's a risky move when you completely redesign your set in the middle of the run, but these are still nice looking cards. 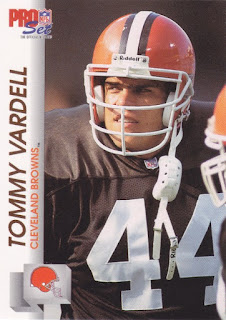 471 - The O.G. Browns, back when they were just an underappreciated bunch and not the absolute travesty that the "new" Browns are today. 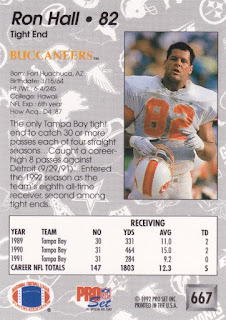 667 - Ron Hall - This is my least favorite thing about these cards. They went a bit lighter on the stats and tried to make these things a little more reader friendly, I guess? 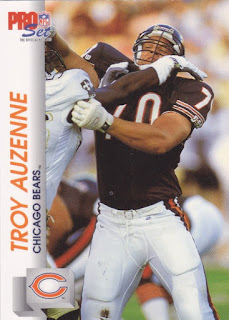 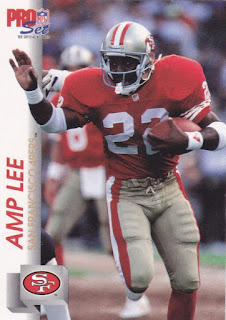 648 - Amp Lee - Lee has no stats on the back, so he's a rookie, apparently? There's no real "rookie" designation on this card, which might mean he already had a proper RC in Series I. 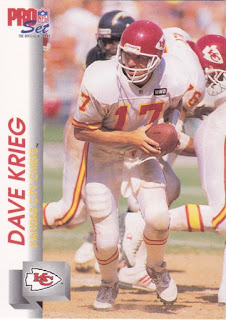 531 - Dave Krieg - The long time Seahawks quarterback was also the all-time leader in fumbles for a time, but was eventually surpassed by Warren Moon and, later, Brett Favre. 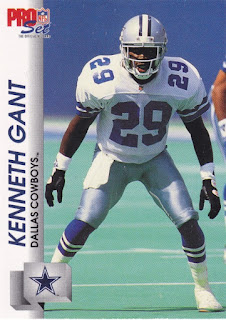 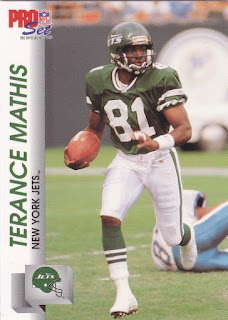 601 - Terance Mathis - This is another great photo, as Mathis looks like he left a trail of broken defensive backs in his wake. 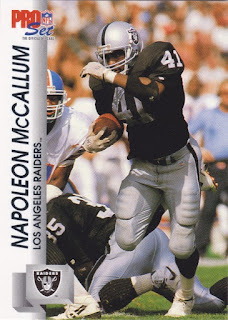 541 - Napoleon McCallum - I had to Google McCallum, as I remembered the name from somewhere (he's a College Football HOFer). He had an incredibly strange pro career. 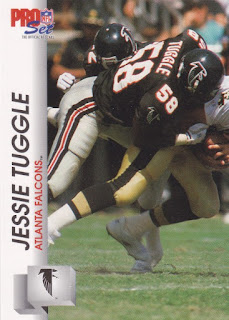 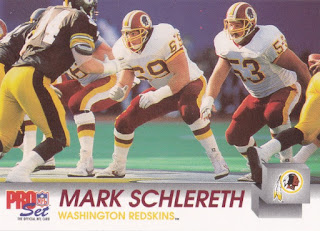 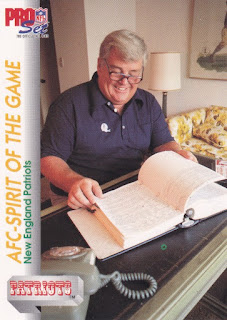 689 - AFC-Spirit of the Game - Hmm, maybe giving cards to NFL vice presidents was the real downfall of Pro Set? I have no idea. 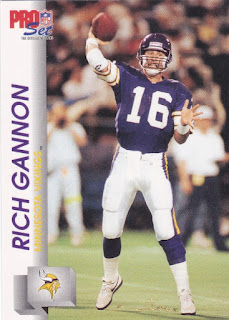 566 - Rich Gannon - Gannon would spend most of the '90s as a backup, only to become a full force with the Raiders ten years deep in his career. That might be even crazier than Napoleon McCallum's career. 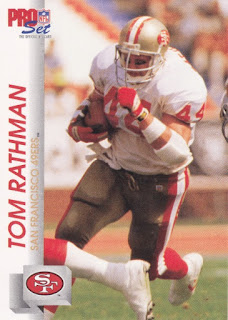 650 - Tom Rathman - Pro Set doesn't make the distinction, but Rathman was a fullback. Football positions are sort of weirdly defined. 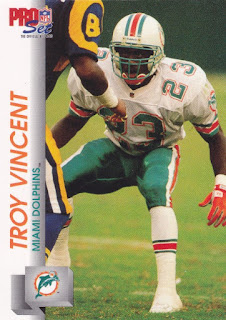 561 - Troy Vincent - If I had any beef with these cards, it's that they're all a bit too closely cropped -- Vincent's card, especially.

So... anyone want some Pro Set cards? I have a ton and I don't really need any of them.

Love these cards. I remember back in my days working at a Card shop, these were hot items. Thanks for sharing.

As a Hawks fan, it's so weird seeing Krieg in a Chiefs uniform. Loved watching him hand off the ball to Curt Warner and pass it to #80 in Seattle.