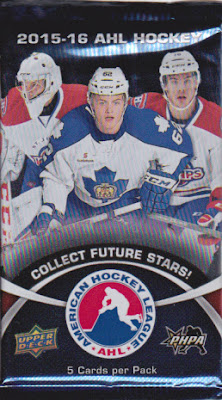 After first two years of selling AHL cards in complete box sets Upper Deck decide put them in packs. 2015-16 set consist of 150 cards with the last 50 being short prints. The pack contains 4 cards and one card featuring either team logo stickers or tattoos or autograph. The AHL is AAA hockey league. Let's check out these prospects and their current whereabouts. 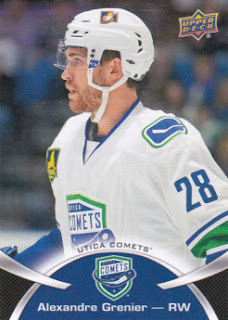 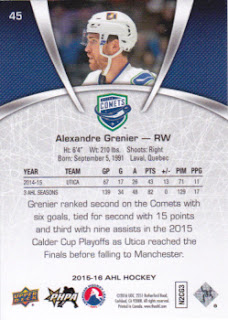 45 - Alexandre Grenier - the front has the player along with name, position, team name, and logo. The design feature team colors. Back of the card shows head shot of the front of the card along one line stats and highlight summary of his career. Grenier played total of nine games with Canucks. He's currently on two-way contract this season with Florida Panthers playing for AHL Springfield Thunderbirds. 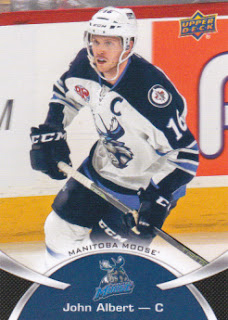 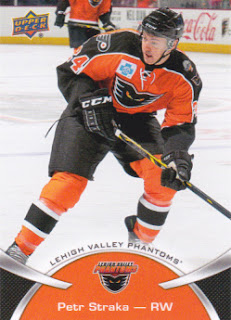 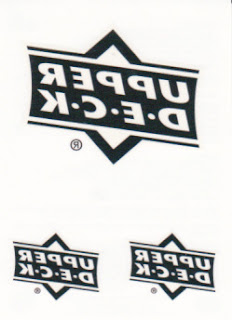 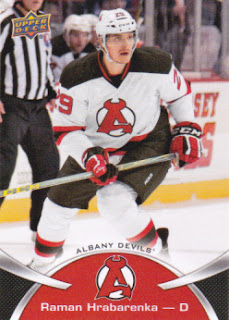 None of them on the main club with two having possible a chance this season while the other two left North America. UD tattoo card is disappointing.