Written by cynicalbuddha at 9:47 PM 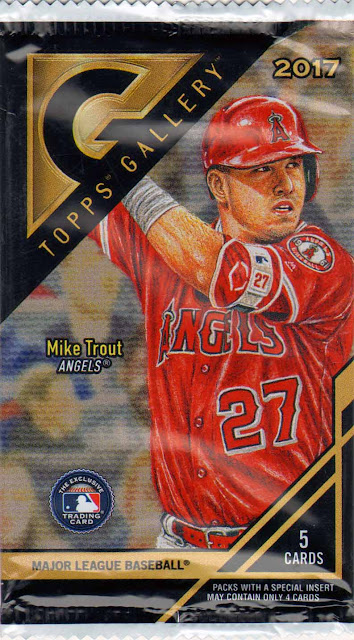 I haven't bought new cards in quite awhile and I debated whether or not to even try the new Gallery.  I was out shopping for Christmas presents and ended up stopping into Wal-Mart.  There wasn't much left Gallery wise.  There were still a few packs and a couple blasters, but not hanger boxes or full sealed boxes to be had.  I opted for a couple packs, I ended up buying three not realizing I had grabbed the extra pack.  Nothing earth shattering either and since you only get 5 cards per loose pack I'll just show off everything I got out of all three, since I've already mixed them all together. 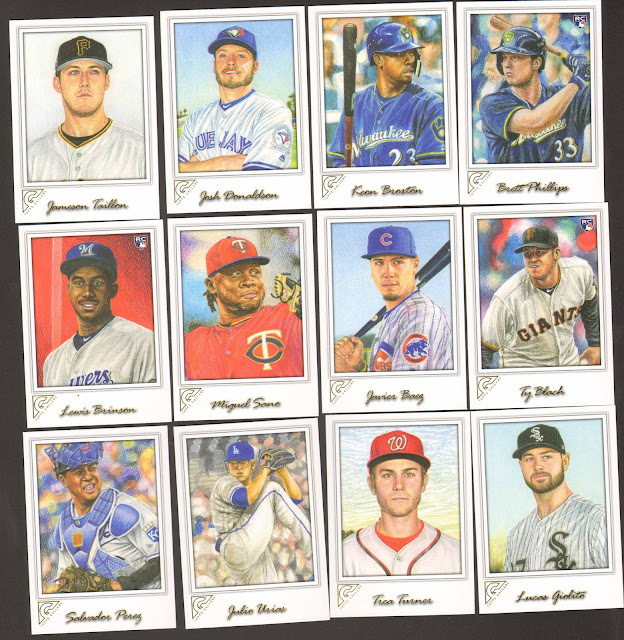 There were only two artists that created all the images for the whole set.  Mayumi Seto did the bulk of the base set. Creating all the non-SPs (1-150) and Dan Bergren did the SP's and all the inserts.  I've been looking at images of the set since it came out and now in hand it's interesting to see the different levels of quality throughout the base set.  This isn't an insult directed at Ms. Seto more a complaint to Topps.  While only using 2 artists to complete this set some of the cards seem rushed and a little more haphazard while others are pretty breathtaking in their beauty.  In comparison the 2010 Topps National Chicle set used a whole stable of artist to complete that set. And to be fair that set had some issues in the image quality.

If Seto's name is familiar it might be she did the complete Artist Sketch set of last year's Topps Trancendent.  I was also hoping that these cards were have the feel of the old Gallery sets.  Not so much.  These cards are really glossy.  I'm not sure if the Artist Proofs are any different, but this really didn't feel like Gallery.  But that's just my opinion of it. 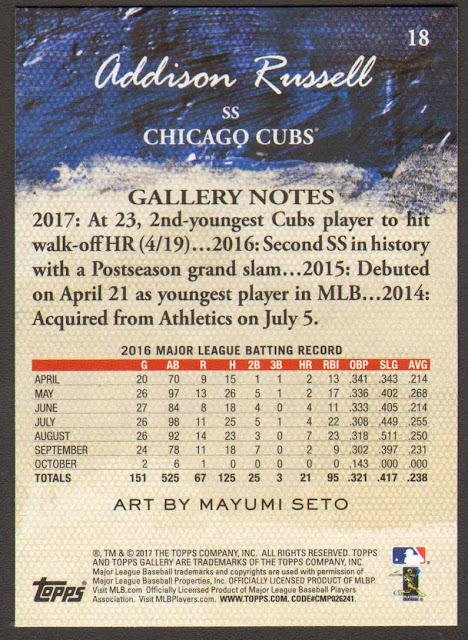 Out of the three packs I only hit 2 inserts.  This Lindor Expressionists.... 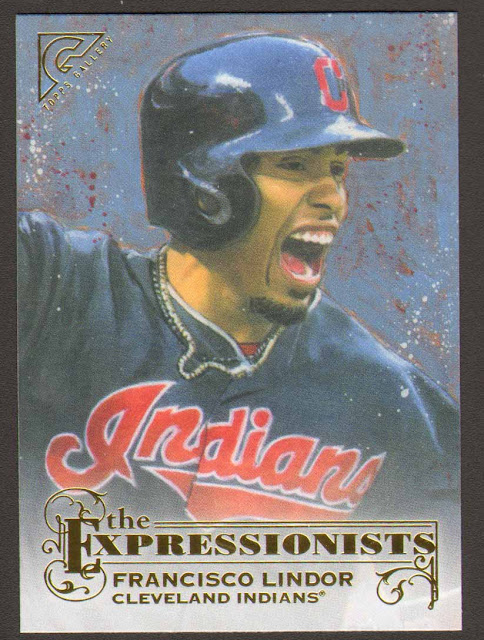 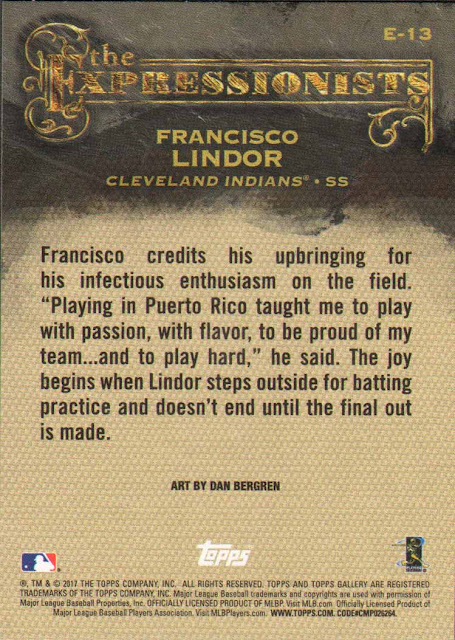 and this Scherzer Masterpiece. 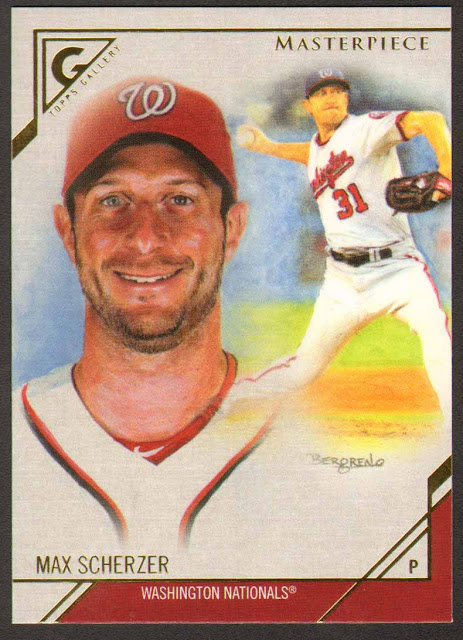 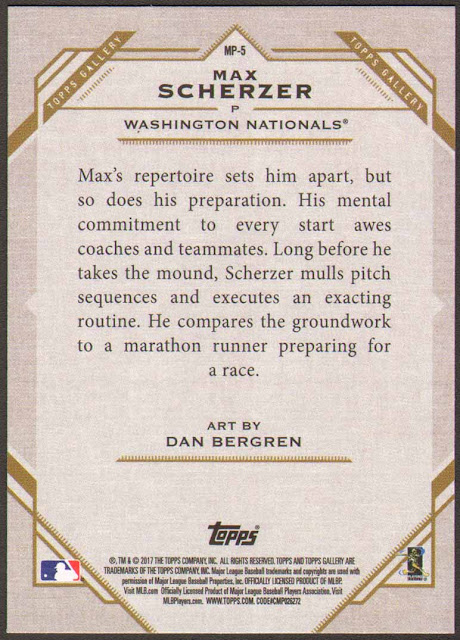 Over all I don't think the set is terrible, just terribly priced.  And it's too bad Topps is trying to kill the LCS, because I think this is set that could have done well in hobby shops especially if they could have upped the card count in packs and packs per box.  I did manage to pick up half of the Brewers team set in those three packs.

You know, I never thought about that... but with the two recent retail exclusive releases maybe that is Topps end game? I hope that's not their MO.