Written by Rebel Coyote at 6:15 PM 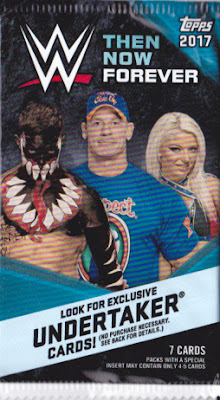 I have this scanned last month and forgot about it. Another WWE set with Then Now Forever label. I think more like an update from WWE set earlier this year. 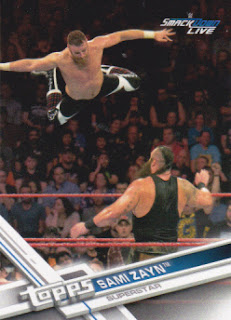 159 - Sami Zayn - he's trying fly right on top of Braun Strowman. Now teaming with his friend and blood feud opponent Kevin Owens. No matter how many times they fought and turn on each other you can never break up beautiful friendship between the two. 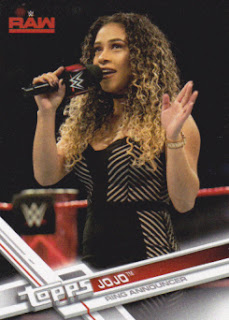 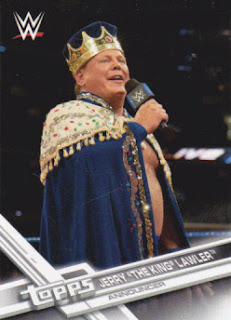 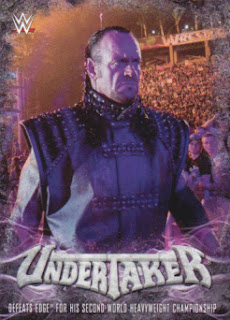 32 of 40 - card of Undertaker Tribute insert set. This one feature him beating Edge at Wrestlemania 24 for his second World Heavyweight title reign. 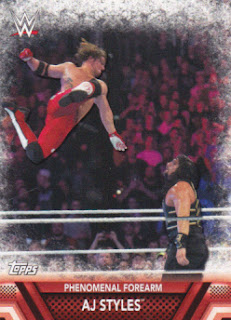 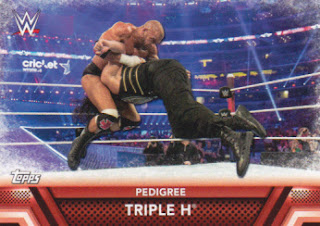 I miss when WWE was still fun. Like Stone-Cold-Steve-Austin-driving-a-beer-truck-into-the-arena-and-spraying-the-audience-with-beer-kind of fun.

I will love the Undertaker forever.

I enjoy the wrestling cards. I don't know many of the stars anymore but it is such a great dynamic with the acting, wrestling, and TV shows. It is fun to follow. These cards are pretty good. My favorites are always the legends and seeing some of the wrestlers I followed when I was growing up. Good post. Thanks.