Written by Rebel Coyote at 6:26 PM 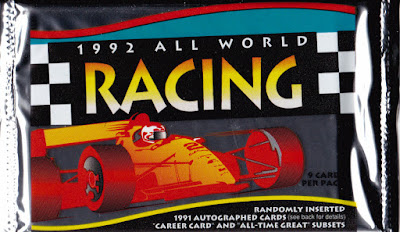 Indycar started their preseason testing this week. They just announced a new title sponsor as NTT Data replaces Verizon. Let's go back to 1992 with this pack. There are 9 cards per pack in this 100 card set. This is 2nd and final year of AW producing Indycar cards. The final set to feature an entire season while next few years Hi-Tech and Skybox featured only Indy 500. Another note there be two cards stuck together. 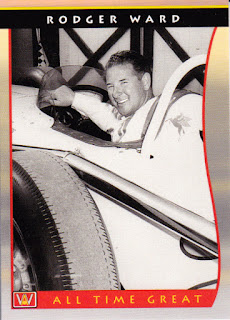 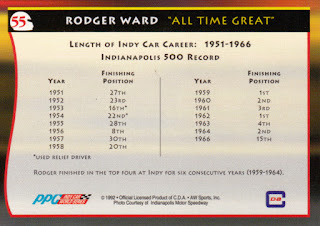 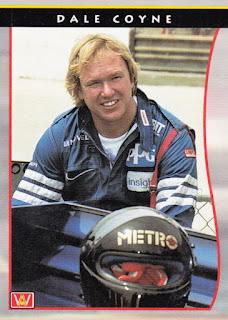 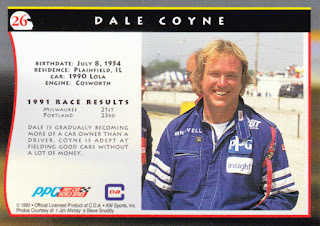 26 - Dale Coyne - this card showed his results of the season. He would become full time card owner. This year he got Sebastian Bourdais and Santino Ferrucci driving for him. 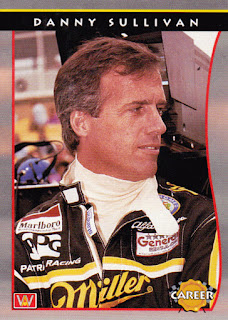 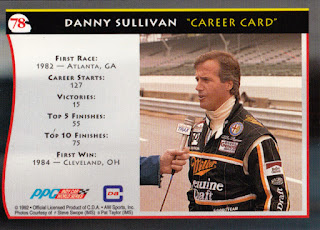 78 - Danny Sullivan - 1985 Indy 500 winner and 1988 Indycar champion. Back of this card featured his career stats up to end of 1991 season. This was Danny's only season with Pat Patrick Racing as they had unreliable Alfa Romeo engine. AR pulled out after the season and Chevrolet wouldn't supply engine to the team. Pat sold to the team to driver Bobby Rahal who won the championship in 92 with Chevy power.  Danny would drive for Rick Galles in 1992 and 1993. 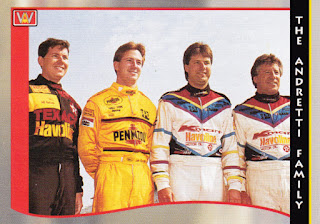 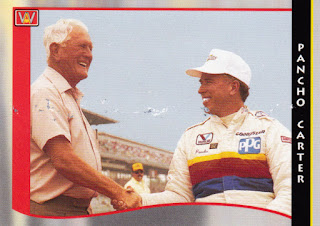 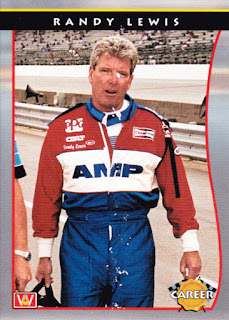 95 - Randy Lewis - the other card stuck together. This was his final year of driving in Indycar. In 81 races his best career finish is 7th. 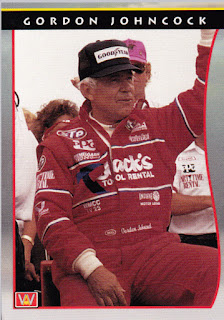 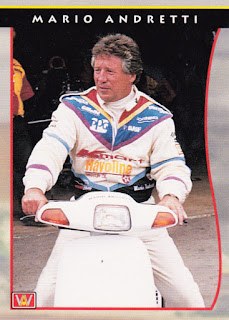 25 - Mario Andretti - legendary driver won everything except LeMans. He drives the two-seater with a lucky fan onboard before the race starts. 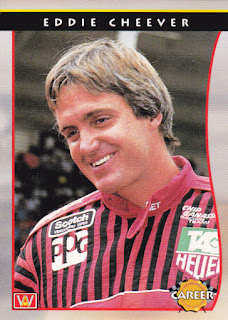 I'm ready for Indycar season to start. Off to St. Petersburg.

Email ThisBlogThis!Share to TwitterShare to FacebookShare to Pinterest
Labels: 1992 All World Indycar Racing

I did a box of this a few years ago, I got lucky with none of the cards sticking together. I was given some packs of the French set and they are a brick.

Great cards and pull. I was surprised how many racers I was familiar with. Probably from when I was young and my pop was a big fan of the sport. Never seen these before. Cool looking cards.