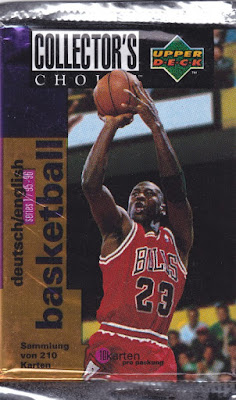 In the '90s, Upper Deck released a number of their NBA sets in different languages. I'm not sure what the distribution of these different international sets were like, but clearly some of this stuff either stayed in or made it over to the States. I've seen quite a few cards from other Upper Deck international sets show up in basketball repacks lately. Check those bios on the back for non-English words! Here's a German pack I picked up at a card show. 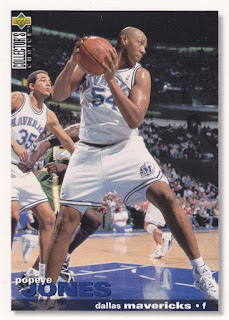 33 - Popeye Jones - As you can see, there's little to distinguish these from their American counterparts when you look at the front of the card. (Side note: a rather terrifying video game representation of Popeye Jones is the first image that comes up on a Google search for his name.) 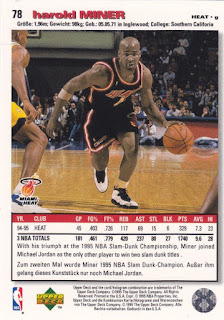 78 - Harold Miner - Here's a look at the bilingual text. Miner never lived up to that "Baby Jordan" nickname, but he's still being compared to MJ anyway, three years in. 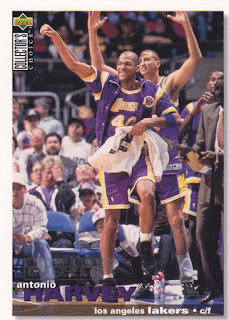 73 - Antonio Harvey - It's barely legible, but the front of the card subtly denotes Harvey's move to the Vancouver Grizzlies via the expansion draft. 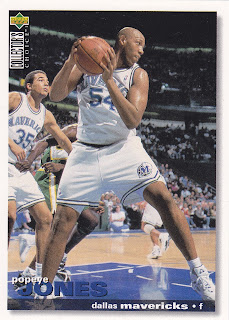 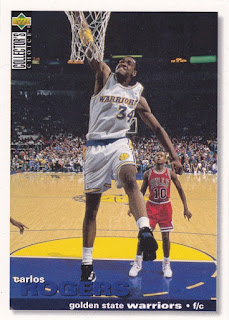 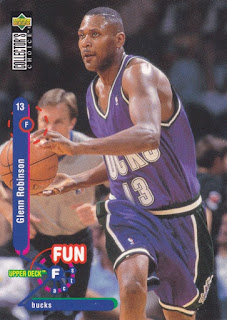 180 - Glenn Robinson Fun Facts - The facts about Big Dog are on the back, unfortunately. 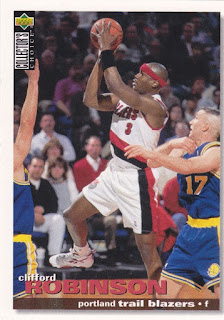 133 - Clifford Robinson - The long time Trail Blazer was in the league for about a million years and was very good for a long time. 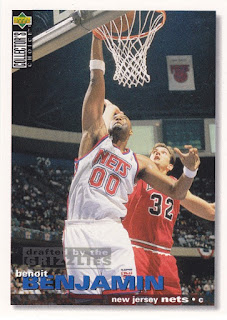 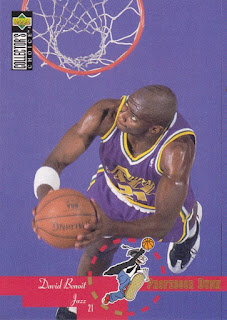 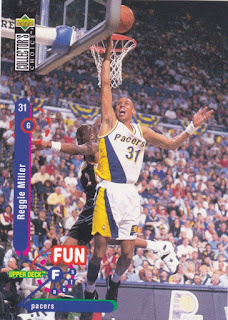 176 - Reggie Miller Fun Facts - We end it with a HOFer. Fun fact about Reggie Miller: he is absolutely excruciating to listen to as a broadcaster.

True on Miller, but he's better than Jeff Van Gundy.

These were made for Europe, but didn't sell well there and some were brought back because American collectors were asking for them. I remember buying packs of the Series 2 cards locally here in NY at gas stations and drug stores.

The Japanese versions were not brought back and are much rarer.

The Series two cards from all languages are more common than series one as well.

For being their entry level product, Upper Deck did a great job with Collector's Choice. Baby Jordan's card back is fantastic!