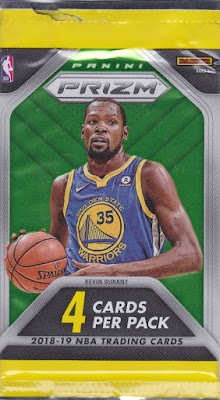 Panini's Chrome'd up NBA product really caught fire last year, and it took me awhile to talk myself into buying a blaster from this year's set considering the prices it fetches. Here's the first pack that I pulled. 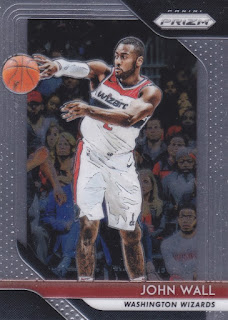 223 - John Wall - The Washington Wizards are certainly quite a disaster, which is too bad considering they sport some excellent uniforms. I can't say that about most of the league. Also, John Wall probably needs to stop getting injured if he wants to continue to be relevant. 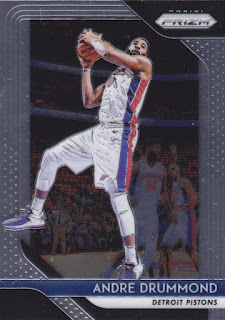 182 - Andre Drummond - Absolute rebounding machine. 16 per game last year! That'll win you a few fantasy points. He's down to 15 per game this year, but his scoring is up. 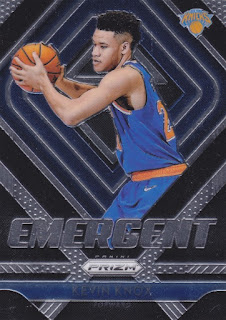 9 - Kevin Knox Emergent - Promising young rookie. It has to be weird to be a Knicks fan. There's reason to be excited about the future (as long as you're not thinking about the immediate future), but they could always screw it up, couldn't they? 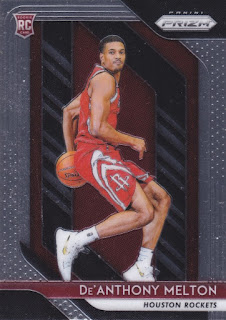 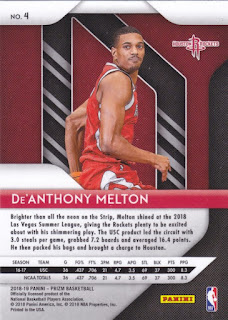 Here's a look at the back. Not shocking, I know. Melton was traded to the Suns at the end of August, so he's actually getting some solid playing time because one out of three people reading this could probably actually suit up for the Suns right now.